Thinking outside of T6; Troops take 2 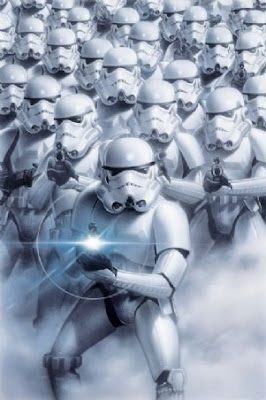 I actually know a place that sells this starwars poster, I might have to buy it. Back to the topic at hand, Tyranid troop options. I've talked about using warriors instead of Tervigons last time I talked about troops. I think it is time I covered other options.

Now I recommend reading the other article, just so you know my opinion on it. I think in any real competitive list, your core troops are going to consist of either tervi-gaunts or warriors. Both of these are good choices for performing the role of troops. They support the rest of your army well, and are survivable enough to hold objectives. But that shouldn't fill up all of your troop options, so lets see what we can take to support our supporting units. As I see it, anything else I take I am taking for a certain role and them being scoring troops is just an added bonus.

CC Warriors
Now I covered warriors in great detail already, but I didn't really cover a build that was brought up in the comments. I had heard about it before, and had dismissed it as overpriced and not worth it. After thinking about it for a while, I decided to give them a try.
Bonesword warriors.
The basic layout is Dual boneswords, toxin sacs and then either scything talons or a gun. Base devourer is still decent and the gun I would recommend to keep the price down. Mathhammer wise it takes two full rounds of shooting to cause as many wounds to MEQs as having scything talons on the turn of an assault. So if you think you'll have time to shoot alot, or if you face less MEQs, then gun over talon. And honestly, at that point consider just the basic deathspitter warrior.

Now the basics of these choppy warriors is that with 4+ poison power weapons they are pretty much killing anything they touch. Against T4 they are rerolling to wound, against MCs they are still wounding on a 4+. The 3d6 instant death chance is an added bonus I wouldn't count on, but still hope for. These are the tyranid version of Terminators. Terminators 2+ means statistically it takes 6 shots to kill one terminator. W3 4+ warriors also take 6 shots to be killed. We are of course talking about basic infantry shots. S8 Ap3 really shows the difference, but we hope our TMCs will be sucking up those shots, and if not, get some cover. For five points more per model, these warriors can go toe to toe with SS/TH terminators.... on the charge. They can kill about 3 terminators on the charge, and probably lose 3 warriors in return. Don't count purely on them, so soften up the terminators with mass fire first.

CC warriors fill a completely different role than shooty warriors. Gun warriors sit mid-field and provide much needed synapse and fire support. Close combat warriors bring forward synapse, while charging head long into the fray. While they will probably kill everything they touch, they will surely die in doing so. They are deadly sacrificial units, they are like a trygon running at the enemy, they will be targeted and destroyed eventually. The tricks to making them work are to cause target saturation, giving them as much cover as possible, and give them FNP if you think they are going to get hit hard. A prime with lashwhip bonesword can help take down ICs and MCs easily by dropping them down in initiative. He can also take missile shots. 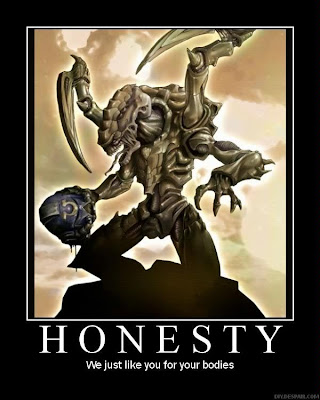 Genestealers.
I honestly lost interest in these guys when the book first came out. It seemed I was in the minority of people who upgraded their armor to 4+ and gave them flesh hooks last edition. Though they dropped in price, they lost their effectiveness and role in my army. Now they might have found it back.
I'll need to play more games to get a better idea of their new potential, but I've gotten them working again. I've been running two squads of 10. My basic concept is to always infiltrate them. I can deploy them in cover, just off to the side of my forces. This allows for more board control, and flexibility of attack angels. Keeping them in cover is good because it vastly reduces the effectiveness of shooting at them, especially if they go to ground. And few units really want to assault into genestealers.

In spear head deployment, they can really put the pressure on the opponent. You can put them in the unoccupied corners, or pile them into one side to keep them away. It is 20 genestealers you can place near anywhere on the board. I have yet to try out the broodlord. I've heard a lot of people swear by him, but I'm not sold yet. He definitely has his merits, but we'll see how he plays out. The main difference between how I run genestealers and how most people recommend them is having toxin sacs or not.

It seems everyone thinks genestealers have to have toxin sacs. Yes 4+ poison is great, and yes rerolling to wound with rending kills a lot. But you just added 30 points to the squad that will die extremely easily if not used right. That is two more stealers that could have been added to the squad. Maybe it is me, but I remember when they didn't reroll to wound and were still considered deadly enough.

So what do these two units bring to the table? Both are very deadly units, that even at half strength scare most basic units. They can cause some serious target priority problems for your enemy, and they create pockets of table control through virtue of their assault range and support capabilities.

So that covers the major troop options. I've left hormagaunts out because I feel they are completely outclassed by gargoyles this edition. As both shock troops and a screening unit gargoyles far surpass hormagaunts. I feel it is a good mixture of units that will allow Tyranids to be flexible and adaptable enough to deal with most threats in the competitive environment. What do you guys think? Had any experiences to share?
posted by TheGraveMind at 12:23 AM