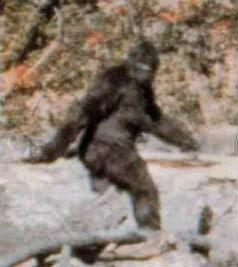 Well now, this is getting interesting. We've had a number of folks in the community call the recent 6th Edition 'Leak' a fake. Though without much in the way of evidence. But now even Tasty Taste is disavowing it. Does that settle the matter? Eh. Not really. 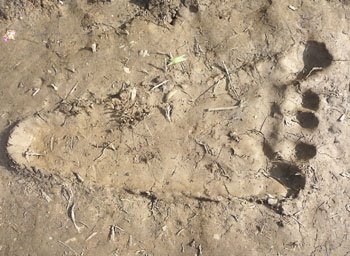 To me, items 1-7 are the most compelling arguments in favor of believing that this is at least an early test version of the rules. Reading through the PDF, I'm consistently struck with how well written it is from a conceptual standpoint. There's added complexity in places, but overall the turns should go much, much faster than in 5th.

There's nerfs to mech, but this is done through half a dozen different rules, rather than the fan-wank norm of simply tweaking the Vehicle Damage Chart or eliminating fire points. Those nerfs are also subtle enough not to immediately cripple mech, but rather to discourage it over the course of the changeover to the new edition. Such that mech players will find themselves adding in more foot units over time instead of all at once. It's also balanced, in that Imperial Guard players get big boosts to Russes and their non-Chimera shooting (particularly blast weapons) to balance out what was taken away.

So if it's a fake, it's a fake made by a professional game designer with a LOT of free time on his hands. Who's willing to risk discovery and the ruin of his career on a joke. While that's possible, I find it highly unlikely. There's no upside to it for such a person. The HAHA benefits are out of proportion to the work involved. You'd get a better cost/benefit ratio by making up 2-3 fake pages and releasing those into the rumor mill. Same result, less work.

As for items 8-10, I don't find them particularly compelling. GW's codex font is Caslon Antique, which can be bought. The layout of the PDF is similar to GW's standards, but is different enough to be suspicious. Whoever preps the book for print will scrap the game designer's layout anyhow and rebuild it from scratch. And the date... come on. Dates are EASY to fake. Just disconnect from the internet and set your computer's clock back before you save the file. You can have any date you want!

Item 11 is another data point. Though it could be faked, the concept of altering documents to track leaks (Like replacing "Rear" with the German "Hect" on some pages.) has to be explained to most folks. Most fans either wouldn't think of this or wouldn't bother.

Item 12 is compelling. Yes, all of the rumors we have heard could be the work of one person. But think about the cost/benefit of that again. You could get your laughs with much less of an investment in time.

Now let's discuss the evidence against. 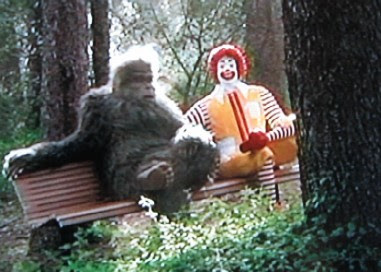 Ok, so GW has said that it's a fake. It's even briefed all of it's employees that the document is a fake. Big deal. Remember Apple and Steve Jobs' "Flu"? Companies lie to protect their interests all the time. So we can't call the PDF either real or fake based on what GW says.

Is GW cracking down more on this PDF than they have in the past? I don't know. I hear people SAYING that they are, but I've seen no evidence of this myself. It's all hearsay. So we'll ignore that too.

Did GW really make a deal with the Hobbit producers that cripples their own marketing? I have my doubts. But regardless, it's almost impossible to stop a determined leaker. I've worked in a security-minded company where "secret" meeting discussions were leaked to the press only an hour after the meeting ended. There were safeguards in place that should have allowed them to track the culprit, but he was never found. Even Apple, famous for their ridiculous security, has leaks.

Tasty has done a 180º turn and has called the document a fake. But that's a minor point in disfavor at best. The leak didn't originate with him in the first place, and he was dumb enough to post a direct link to it. So GW would have had legal leverage to get him to say whatever they wanted him to say to avoid a lawsuit. In addition (like other bloggers), he hasn't provided one bit of evidence or information to back up his claims. So again we're left without any clear evidence one way or the other.

What would be convincing? Having someone either stand up and claim it, or having someone specific outed as the source of a fake. Anything else leaves too much room for doubt.

Now, the document DOES have an inconsistent writing style. Parts of it are very well written, while others um... stretch readability.

But again, that doesn't necessarily mean anything. That could simply be evidence of multiple designers taking turns at working on the project and making quick changes based on test feedback. Since this is (presumably) a test document, they wouldn't go to the same trouble to proofread and clarify the writing that they would do on a final release.

Unless you've worked in a media production environment, it's difficult to realize just how big a job it is to edit something like this. Designers are hired to design, not to write perfect prose. So it's usually someone else's job to clean up the wording and check all the references before publication.

Does this PDF change up the rules in a way that's hard to believe? Maybe. But remember that Alessio left GW because management didn't like his simplified vision for 40K. So we might be looking at something that's very close to Alessio's original 6th Edition rules, but with a few extra layers (Apoc Rules, Strategems, other changes) added by other designers. That would explain how Warpath-like certain well-written bits are. While other less well-written bits seem to have been lifted (with some modification) from Flames of War or 2nd Edition.

It's those non-GW ideas from Flames that make me the most suspicious. GW isn't known for looking outside of itself for new ideas. But given that they only have 3 full-time designers left on staff, some of the work on 6th might have been farmed out to an outside designer. Who knows? But it is unusual.

As for the PDF version thing, it's a non-issue for me. Nobody composes anything in PDF. PDF is just a distribution format. So if someone got access to a Word file with these rules, they would make a PDF on whatever machine they had available for distribution on the web. Even internally, GW may be using one (cheaper) version of the software on their design stations and another in their graphic design department. A FAQ document intended for distribution on the GW website would pass through the Graphic Design Department (and a proper page layout app) before publication. While the designers would be working with a simplified Word template. Thus, any changes made for testing purposes would be distributed without passing through the usual website publication process.

So "John Smithe" (a name which has been reported by a commenter, but which does not appear in my copy of the PDF) could be a GW employee, an outside contractor, a tester, or just a pseudonym that someone punched into their pirated copy of Adobe Acrobat prior to converting the document into PDF for publication. It doesn't matter unless it gets tracked to a real person. 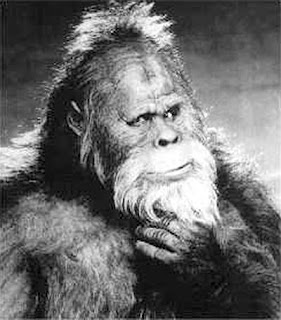 What does this leave us with? Pretty much nothing but the quality of some very compelling rules, a few out-of-character design ideas, and a supposed name that might be tracked down sometime later.

So here's what I think we have in this PDF. Which is based on my own intuition and what we think we know of GW's internal dramas:

Alessio left GW in the latter half of April 2010 over a dispute with upper management about the direction of 40K's game design. Presumably, he left one or more versions of the rules he wrote behind. Alessio has since designed Warpath for Mantic Games. Looking at Warpath, you can see Alessio's "pure" vision for a Sci-Fi war game. He probably didn't get quite so daring with his version of 40K, but it was probably much simpler/faster than 5th Edition and may have changed up the turn structure dramatically.

But while GW management didn't like his vision, they didn't just throw away his work either. They brought in 2 more designers (based on the different "voices" in the PDF) to re-complicate his design a bit. To get it closer to what the current player base is used to, and to make the changes that would encourage new model purchases. Somewhere along the way GW Management made the decision to consolidate Apocalypse into the core rules and so that was added in too.

The date on this document is May 20th, 2011. About 13 months after Alessio left. I think it represents a non-final version of the rules intended for play testing. It was distributed to a tester somewhere in the world for feedback. Through theft, carelessness, or outright betrayal, that PDF made it out of the tester's hands and into ours after almost 8 months. Some parts of it are obviously echoed in the Grey Knight and Necron releases, but the final version will probably have significant differences from what we're looking at. To the degree that I wouldn't make any final purchasing decisions based on this PDF. Though it does give a useful overall feel for the direction that GW is taking 40K. Which is mostly positive game-wise for anyone who doesn't mind buying new models in order to compete.