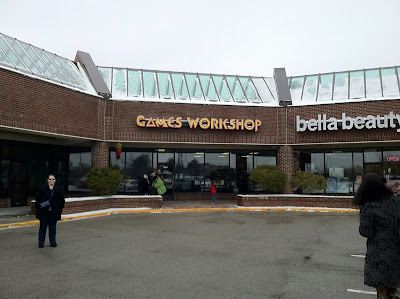 Mrs. SandWyrm and I were out and about today, so we stopped by the new GW Store up on the North West side of Indianapolis to have a look around on opening day. 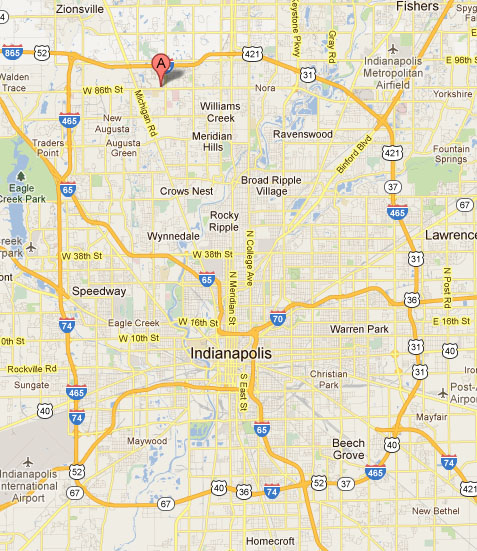 If you're coming down West 86th Street from the West side, it's in the shopping center that's just past Rock Bottom restaurant. If you see the hospital on your right you've gone too far.

What's up with the new, less-blocky font for the Games Workshop logo? If we compare it to the old one...

It looks a bit cheesy. Like a throwback to the 1980's or something. The designer in me is cringing at the ugly letter spacing. But hey, I didn't pay for it. :) 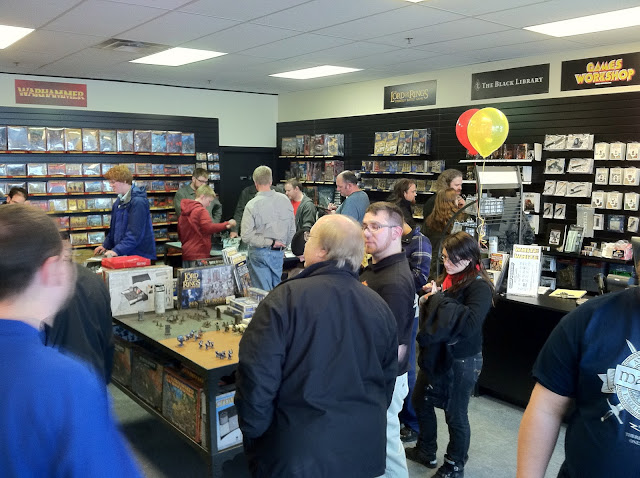 It's a bit small inside. I was reminded of the little GW store that was in the Sony Metreon mall in San Francisco back around '03. There's a bit more floor space, with 4 tables instead of 3; but there's a lot less product on the shelves.

The 4 tables all have 4'x4' playing surfaces on them, with a 2'x4' surface for books, drinks, and whatnot. There's also a lower shelf on each that can be used to hold terrain. I didn't see if they had any extra terrain that could be used to fill out proper 6'x4' tables. I'm betting not.

There's also a coffee-shop style window table for hobby-stuff by the window where everyone who walks by can see what you're working on. That's a smart feature for recruiting.

Turnout was good, with a large percentage of the local regulars from the Game Preserve North. As expected, there were also a number of young kids there taking part in the opening day modeling and painting events.

The One Man Store

The 3 staff, who displayed all of the trademark GW cheeriness, confirmed that after the grand opening, this is going to be a one-man store. Here's the schedule that I picked up: 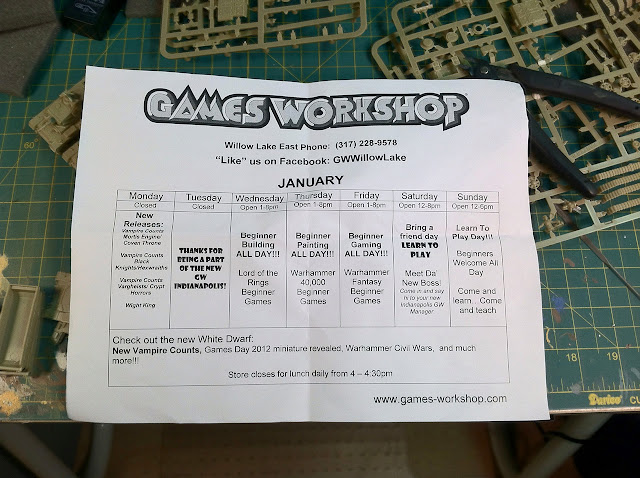 So... I don't see myself spending much time here in the future. I might occasionally drop by on a Saturday if I don't have anything else going on and Games 2D4 is running a tourney. Or if I need a particular model. But they don't seem to be set up for proper-sized games of 40K at all.

And I just have to scratch my head at a retail store that's only going to be open 37.5 36.5 hours a week. But I guess GW are happy with how the one-man shops are performing for them.
posted by SandWyrm at 5:51 PM