Two years ago, GW had a booth that was nothing but blank cardboard boxes. With only the backs of their crew's t-shirts to tell you who they were. Last year, they did much better, with a nice booth, a large Apoc diorama, and a case of new products. This year though, they've fallen about half-way back to the cardboard box level. Gotta cut those costs I guess. 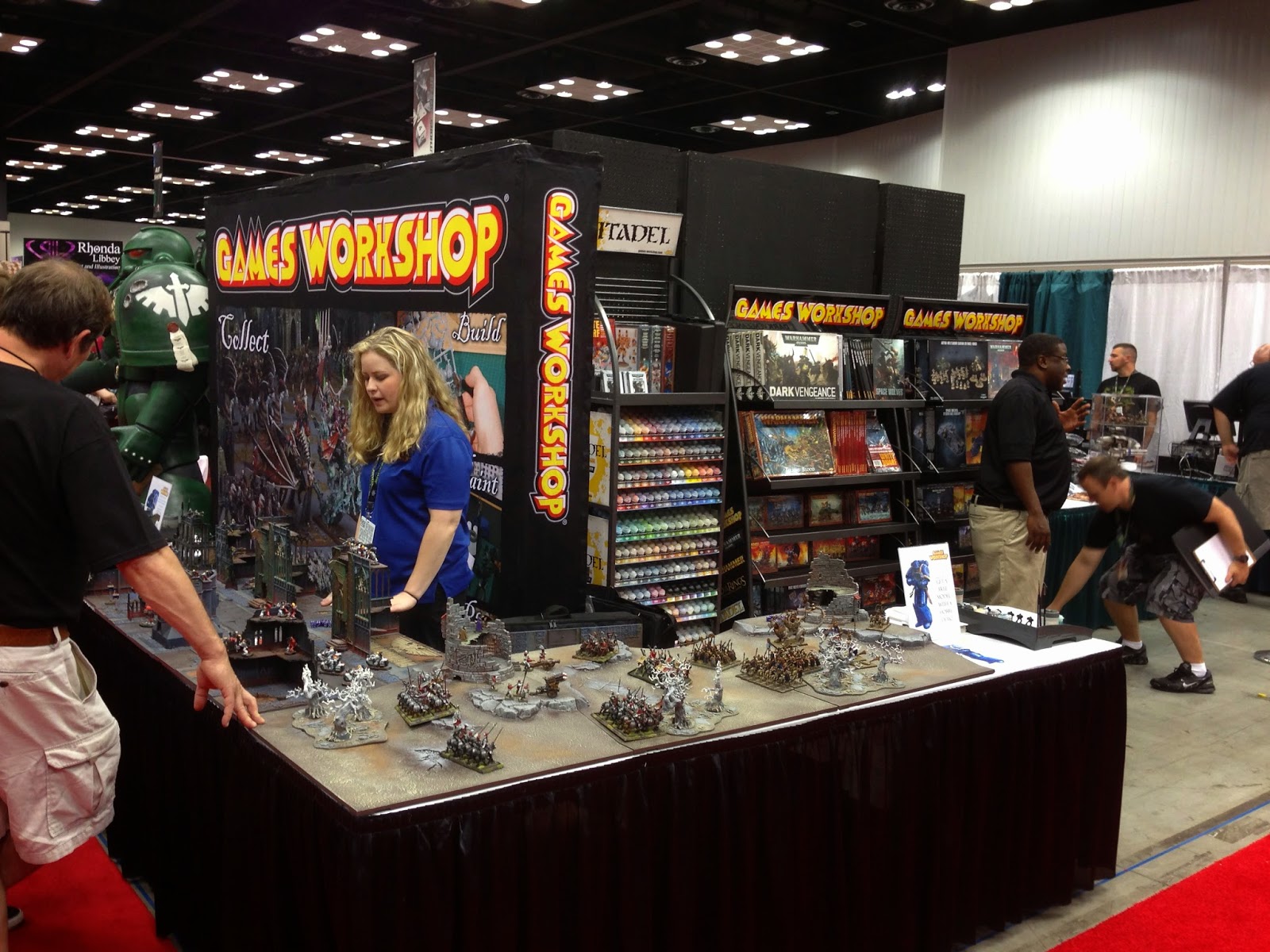 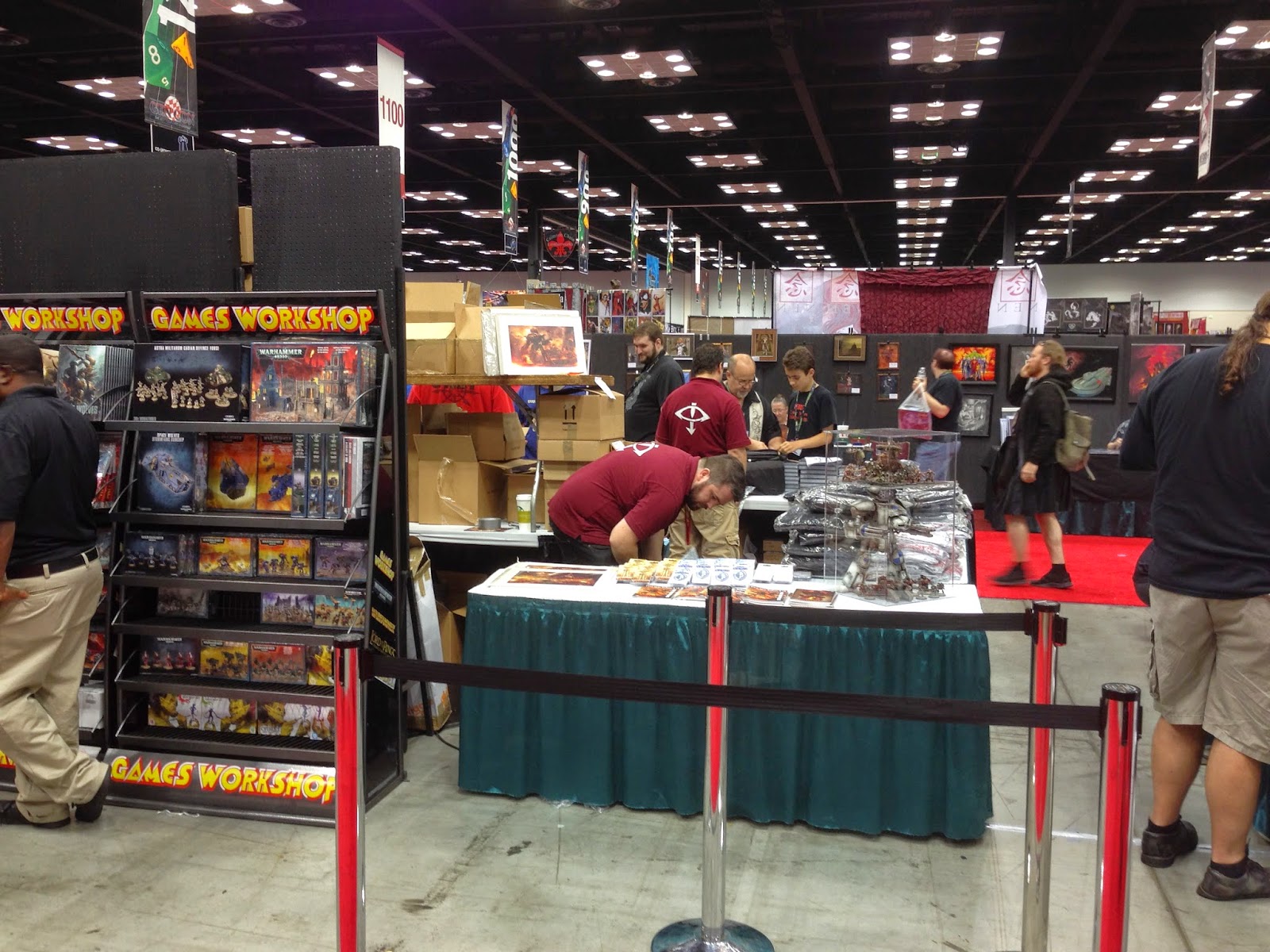 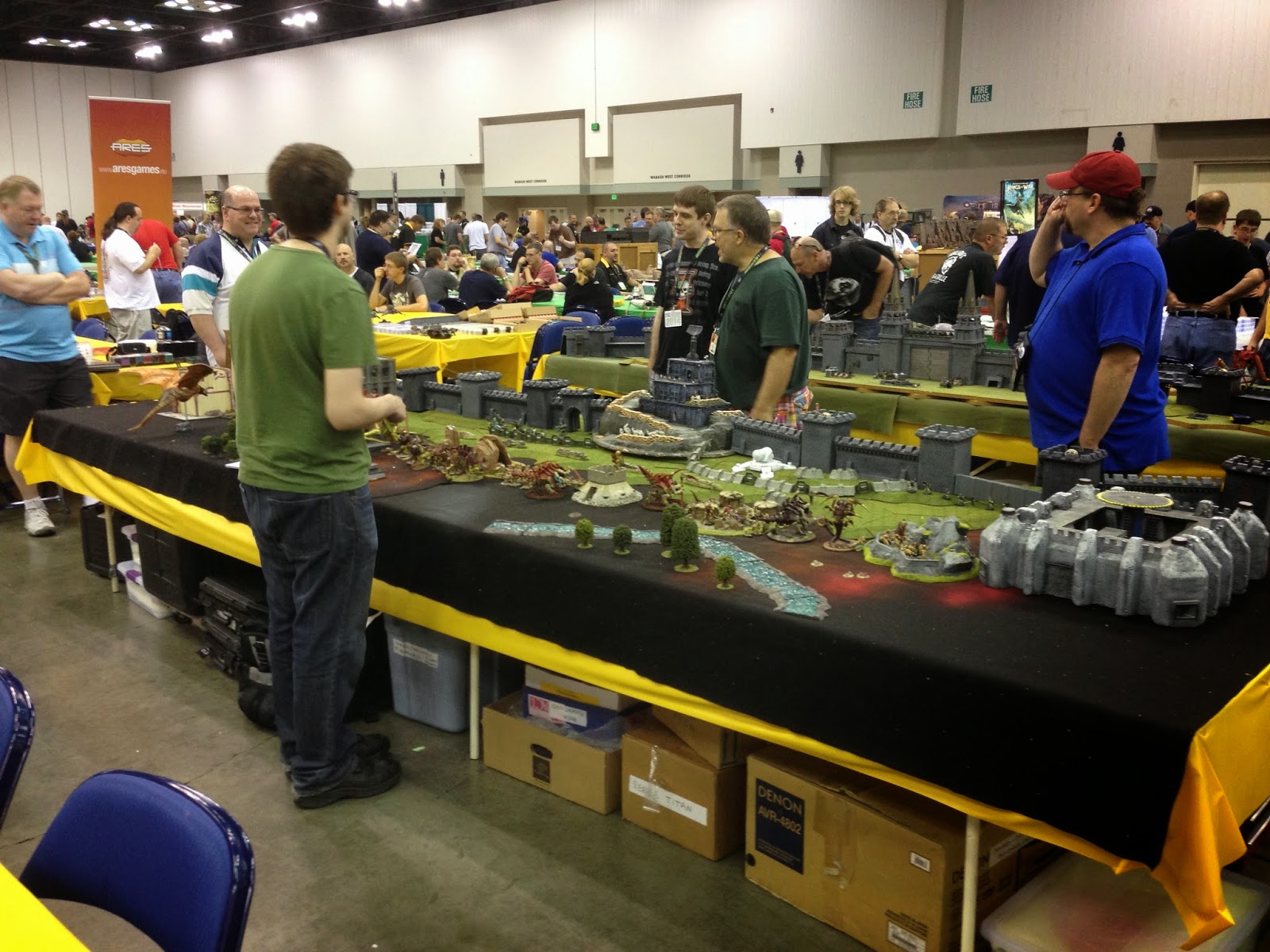 Gaming-wise, 40K has a better showing than last year. There was a 6-table Apoc game set up. 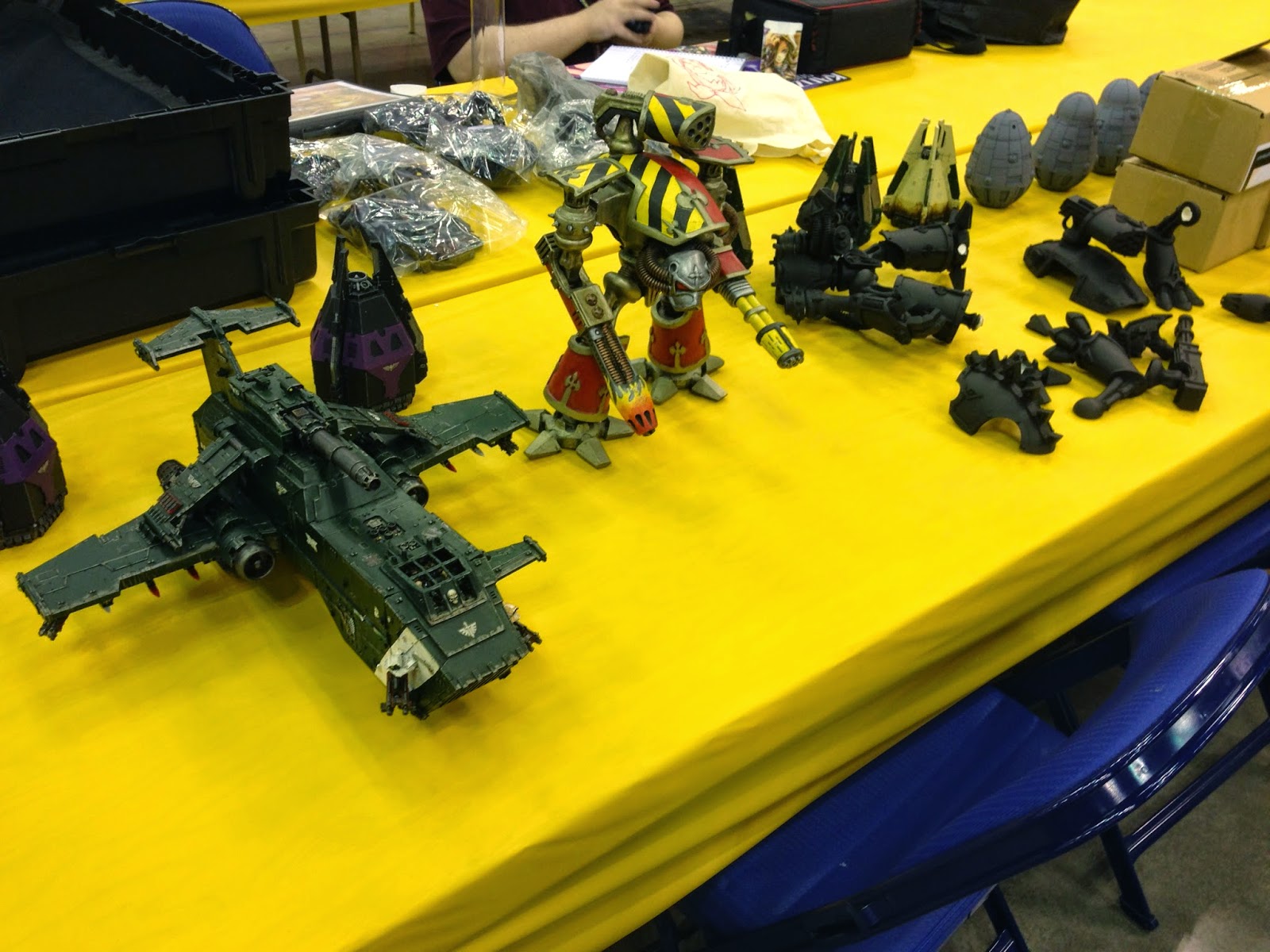 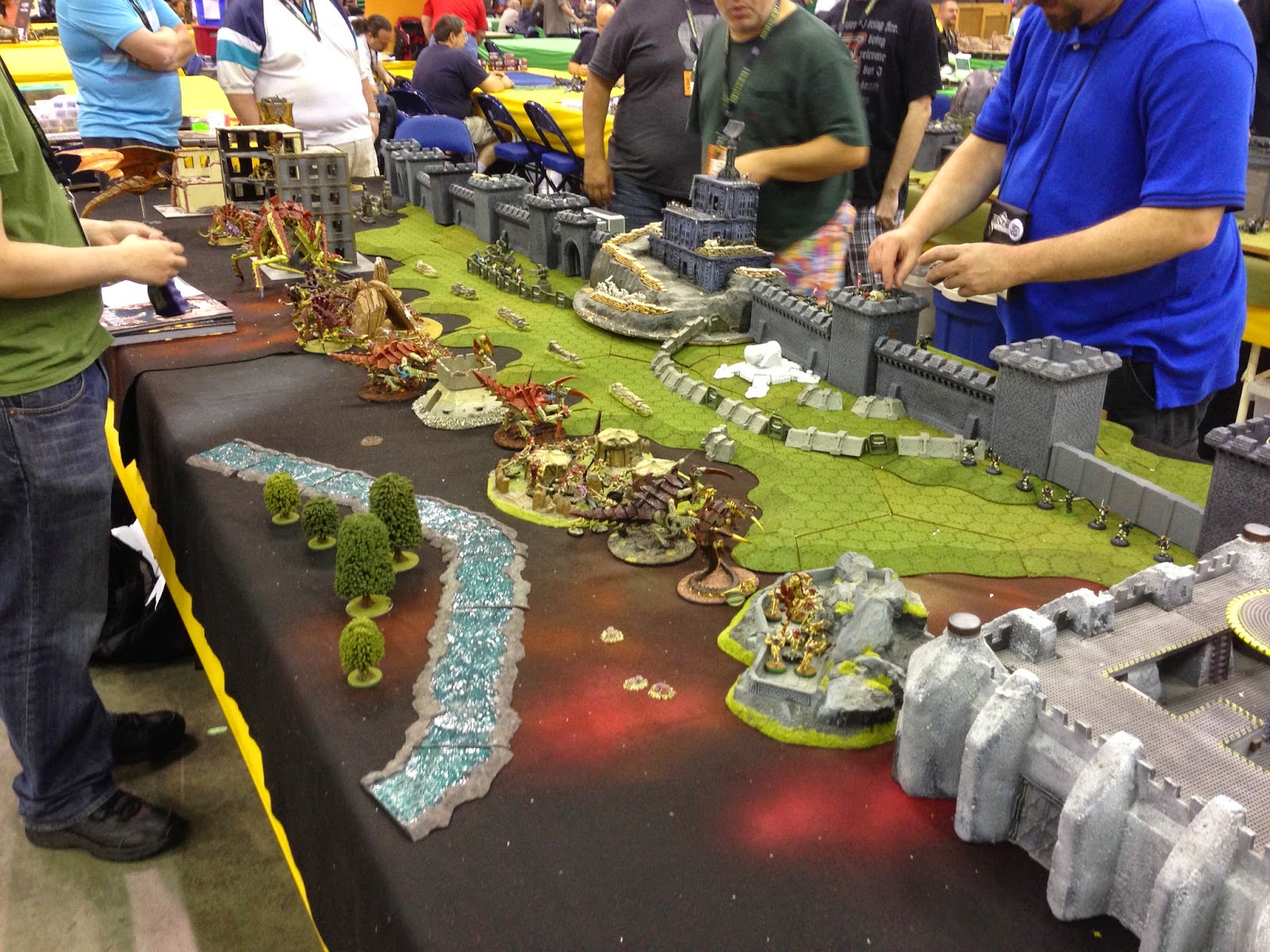 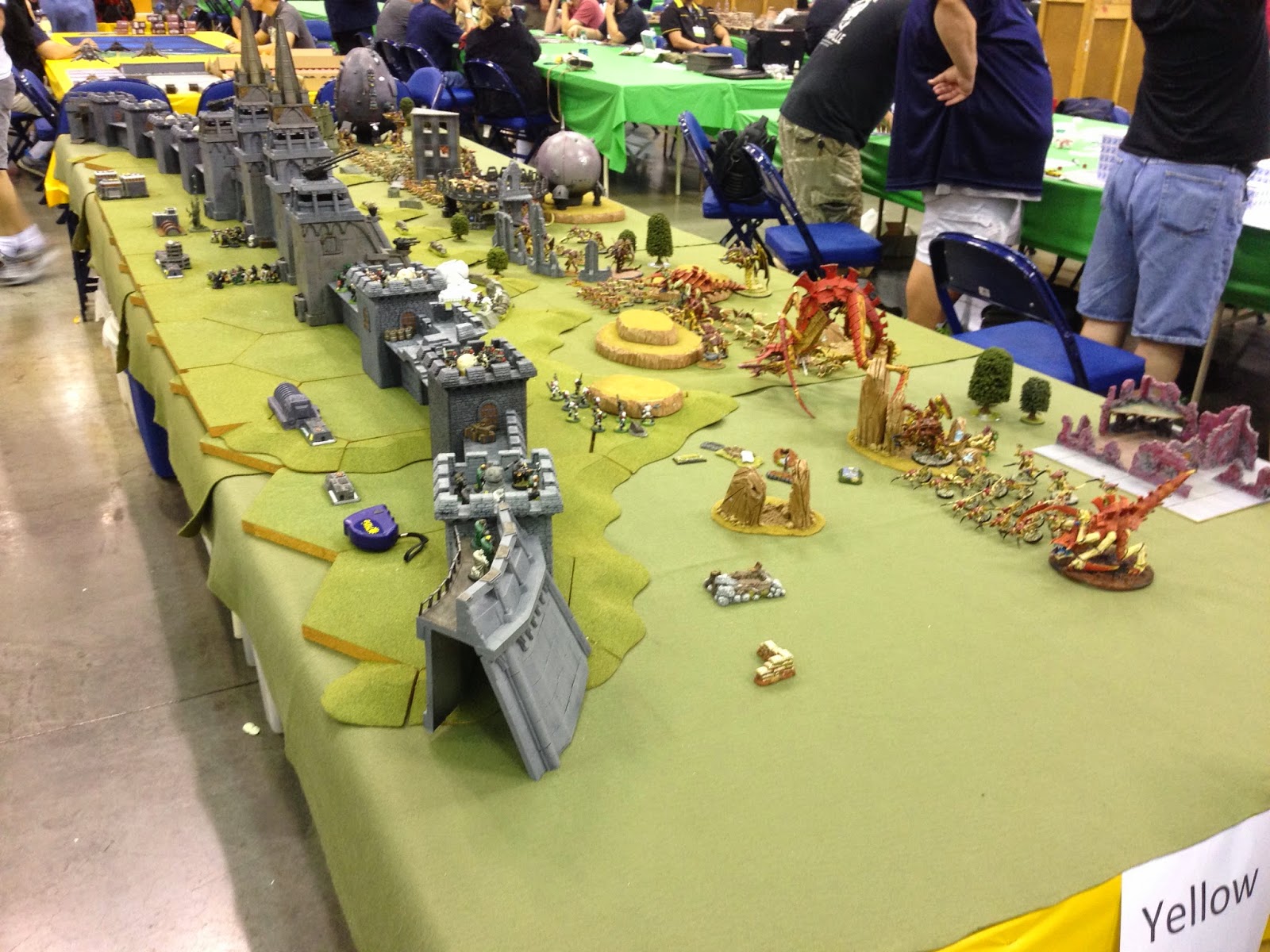 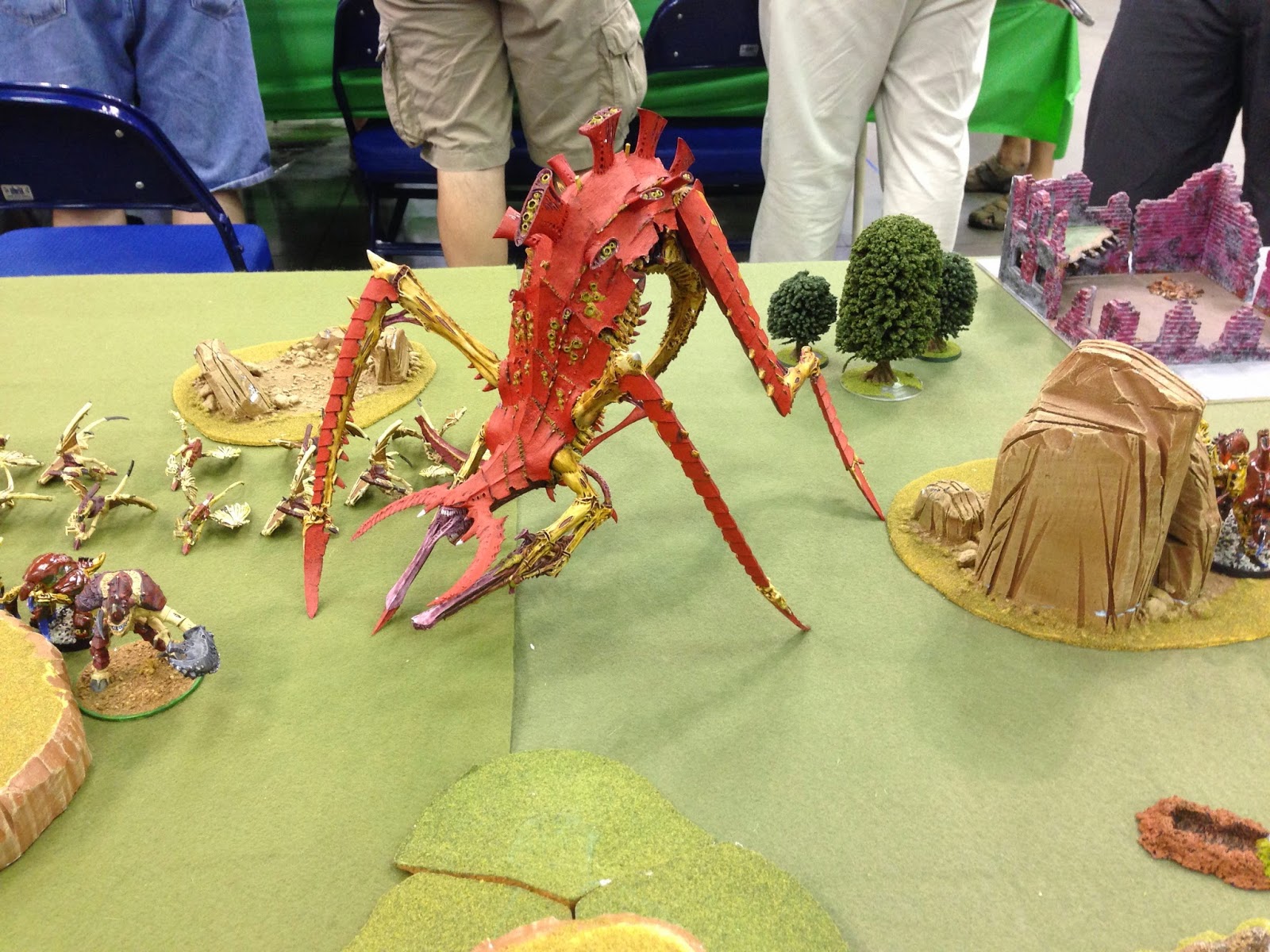 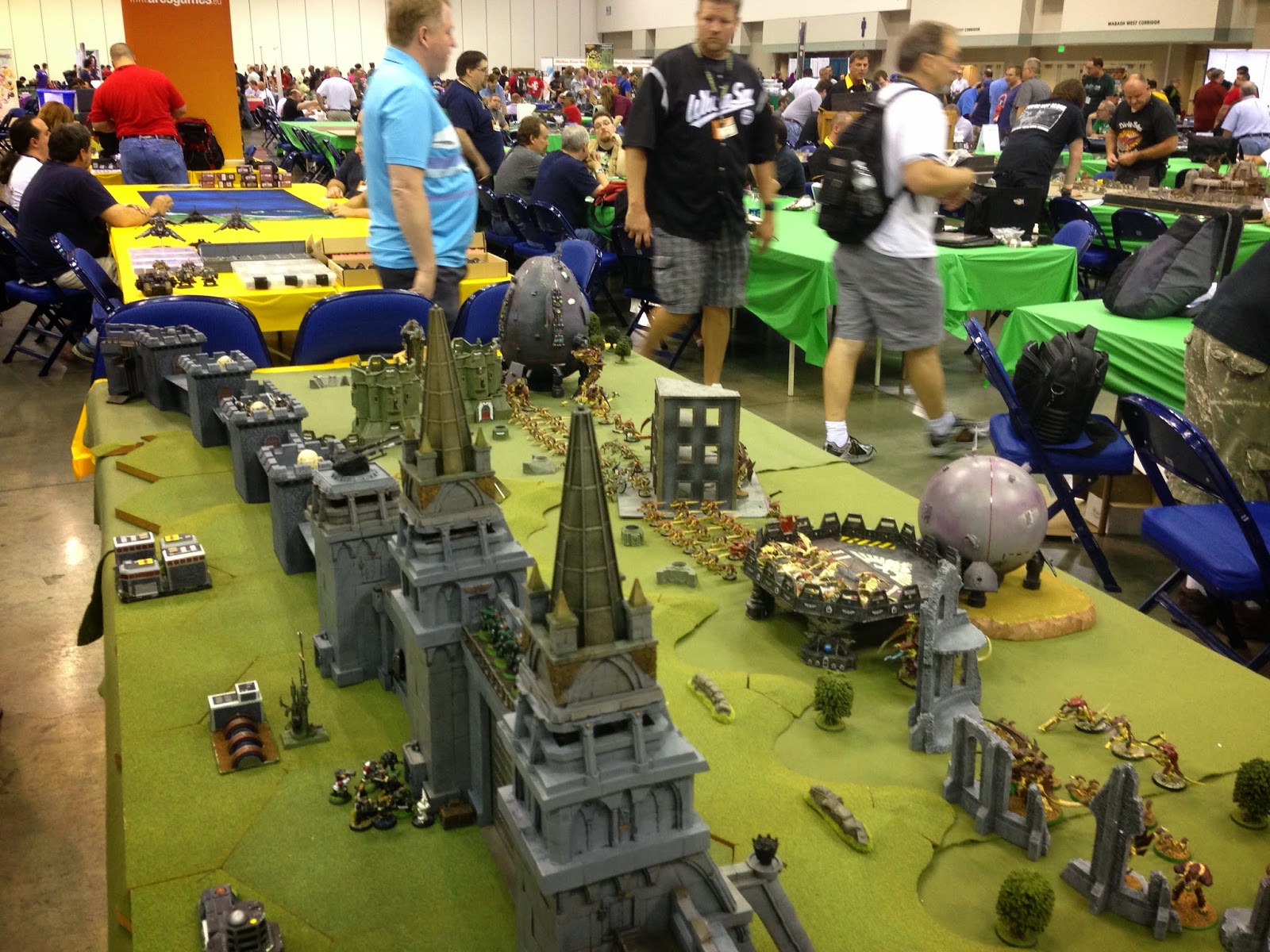 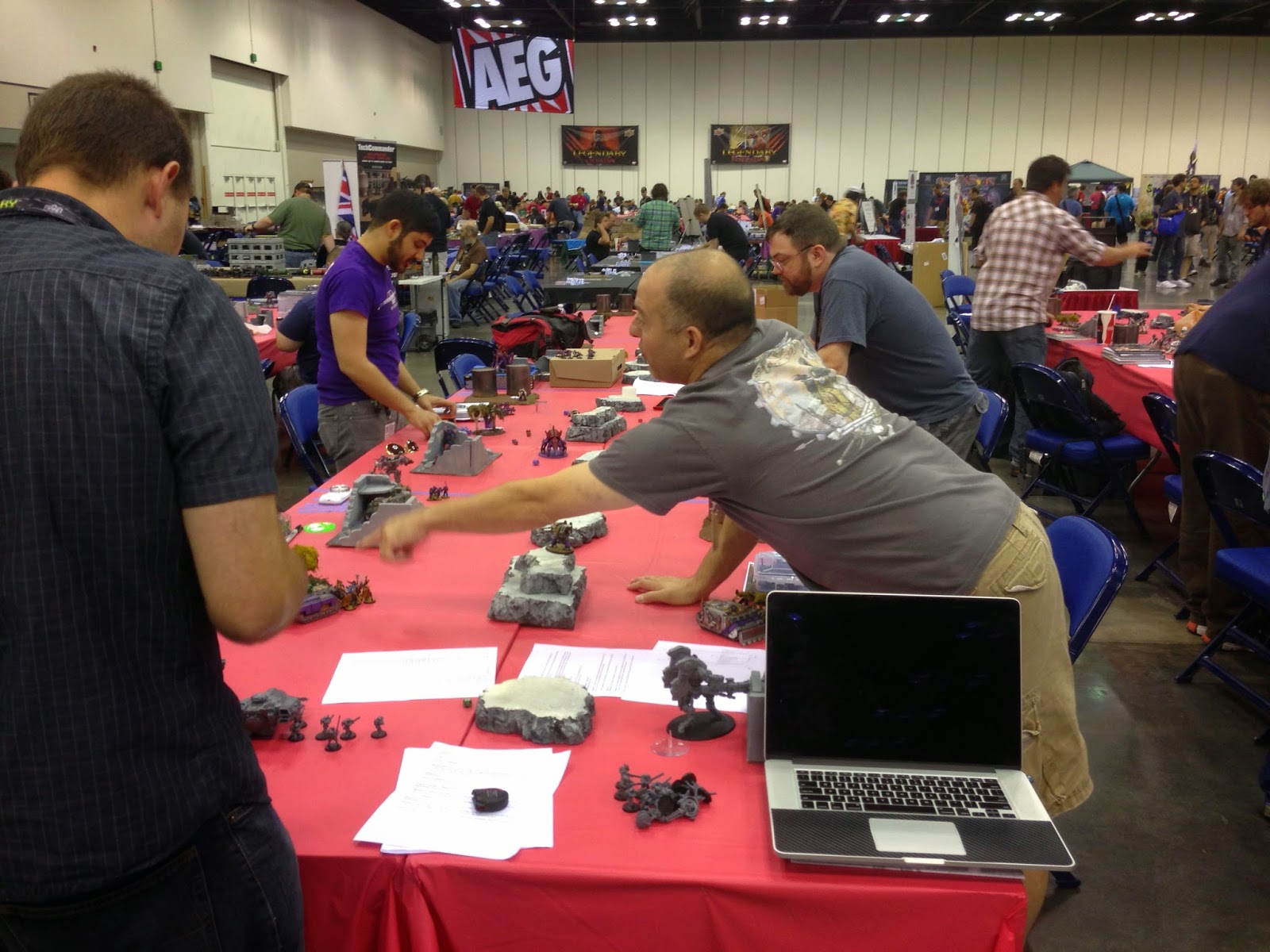 Spag was also running a small 40K tournament. Which is at least more than they had last year. 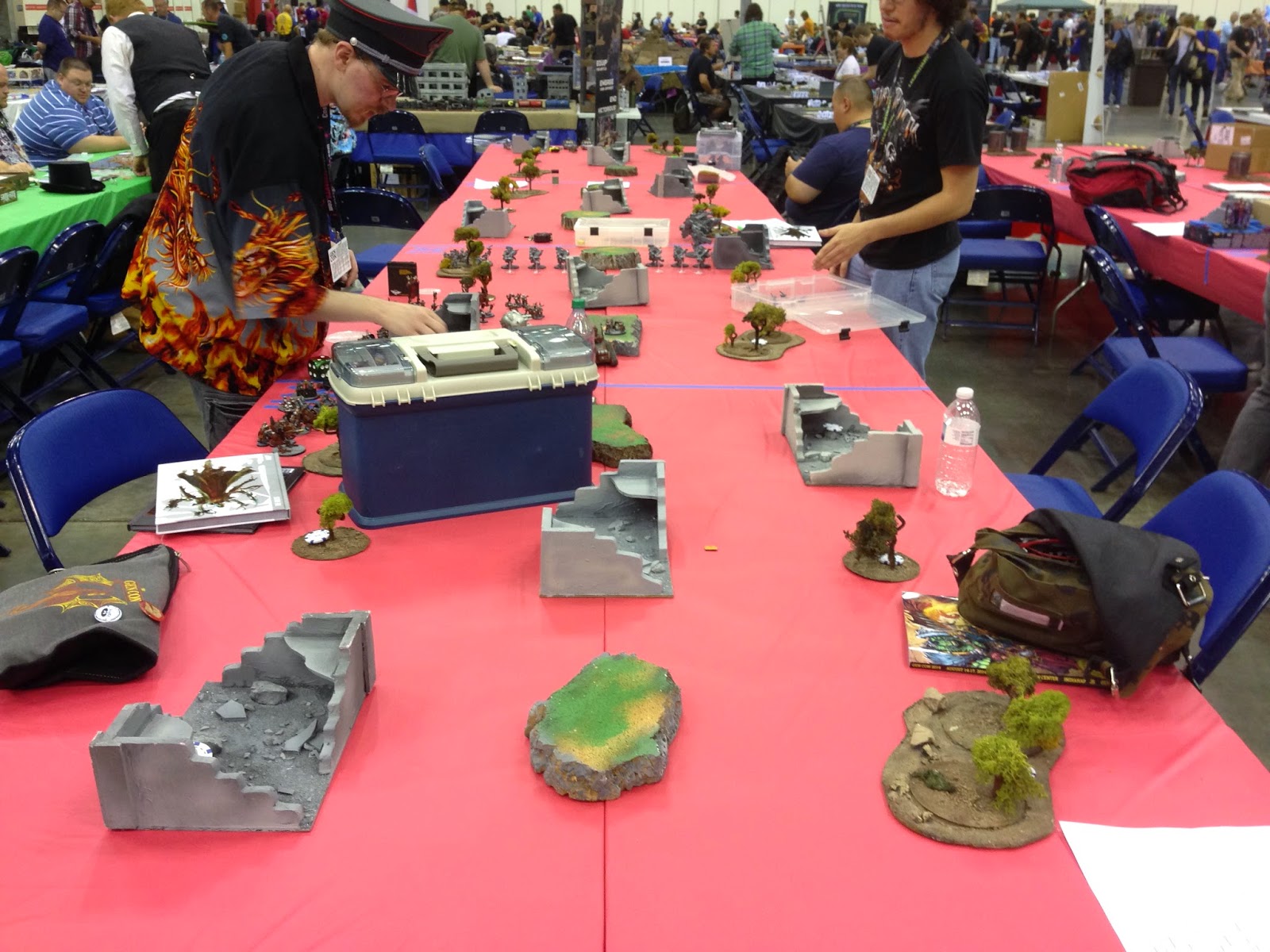 I'm surprised he didn't bring the Indy Open terrain boards. That pink is pretty harsh to look at. Still, he got the job done, and I'm sure GW didn't offer him any support for his trouble. 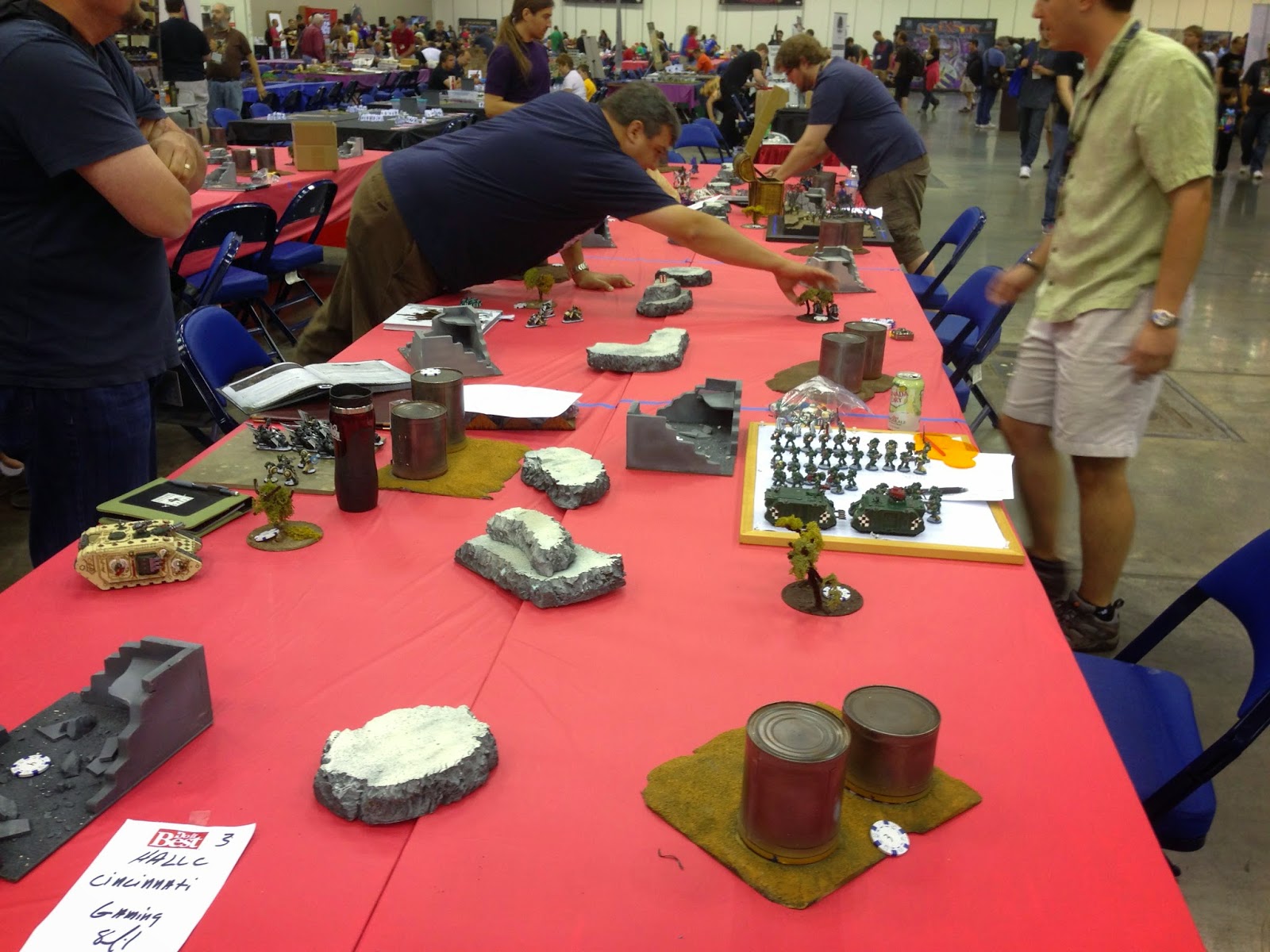