Gencon is one week away! I'm getting excited. Gencon is North America's largest game convention.


It's really more like a tradeshow in a lot of ways. If you like playing Games of all sorts, this is HUGE... And about a half mile from where I work. So much stuff to see and do. 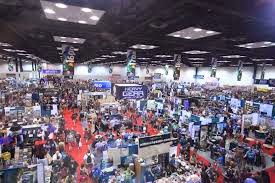 I'll be there from around 8:30am until... who knows. Darqueling (of WWPD World of Tanks fame) is camping at my house.

Saturday I'm helping out a bit in the morning, then running the afternoon Stalingrad event, and cleaning up after everything.

Thanks to Troy over at Dice and Flames for the great pictures from last year.