You may or may not have heard, but Amazon is in full hissy-fit war mode with a book publisher called Hachette. The issue? Amazon wants a better deal than their current contract allows, and it thinks that Hachette is pricing themselves too high. Amazon collects all sorts of metrics on what people buy, and it says that if Hachette lowers its ebook prices, everyone involved will make more money. While making eBooks cheaper overall.

Which makes me wonder how much money GW is leaving on the table... 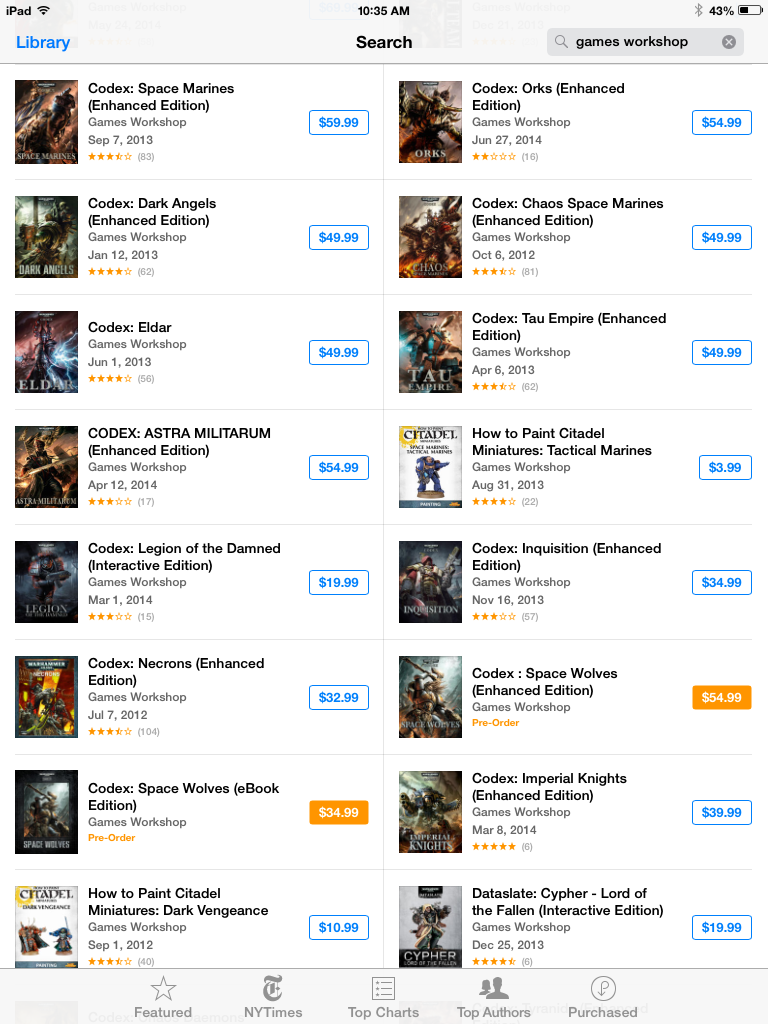 ...when they price their eBooks so high.

Certainly they haven't gotten very much of mine. I did buy the Kill Team update, because it was only $12-ish, and I wanted to see if they had improved the rules any (they didn't). The sloppiness of that one book by itself put me off buying any more.
posted by SandWyrm at 10:46 AM