FFG was cagey on Friday whenever anyone asked about expansion ships for Armada, saying then that only the base set was planned. But coming back to the display case today revealed that they DO have plans for additional ships that you can buy once the game launches. 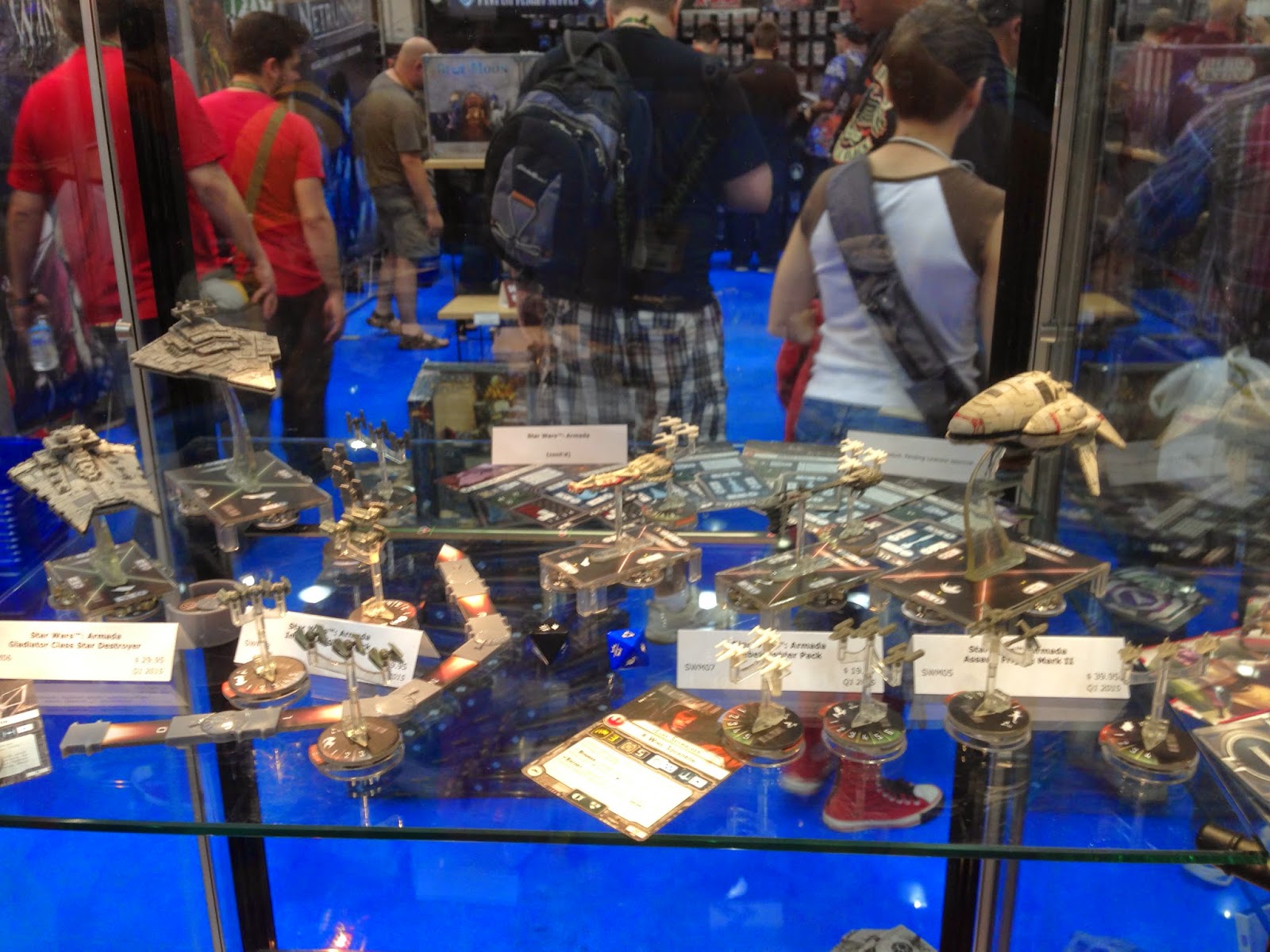 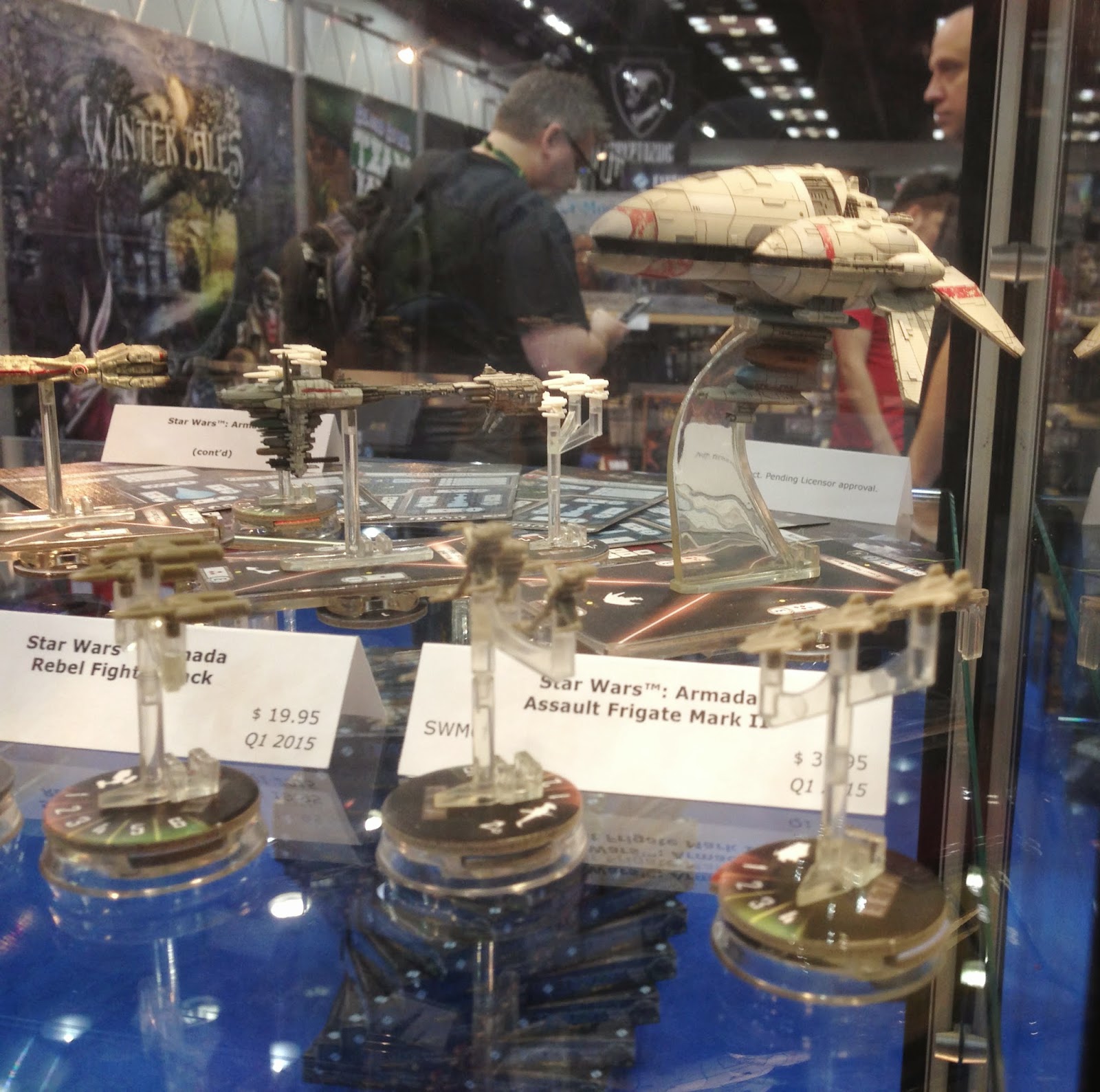 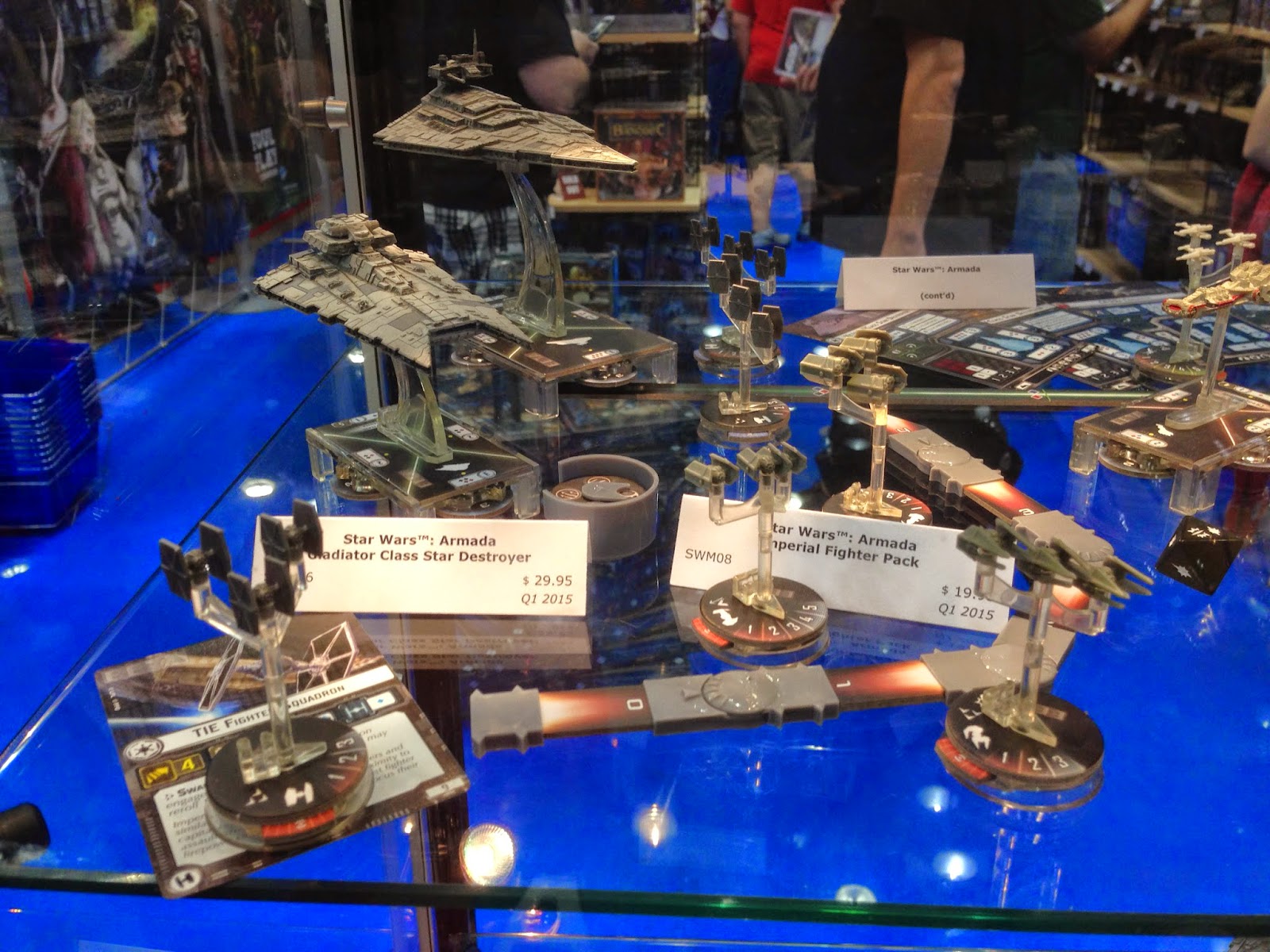 So I see a Gladiator Class Star Destroyer, Tie Advanced, Tie Bombers, and Tie Interceptors. On the Rebel side, I see an Assault Frigate (where's that from?), A-Wings, B-Wings, and Y-Wings.

That kind of variety about doubles my interest in the game. 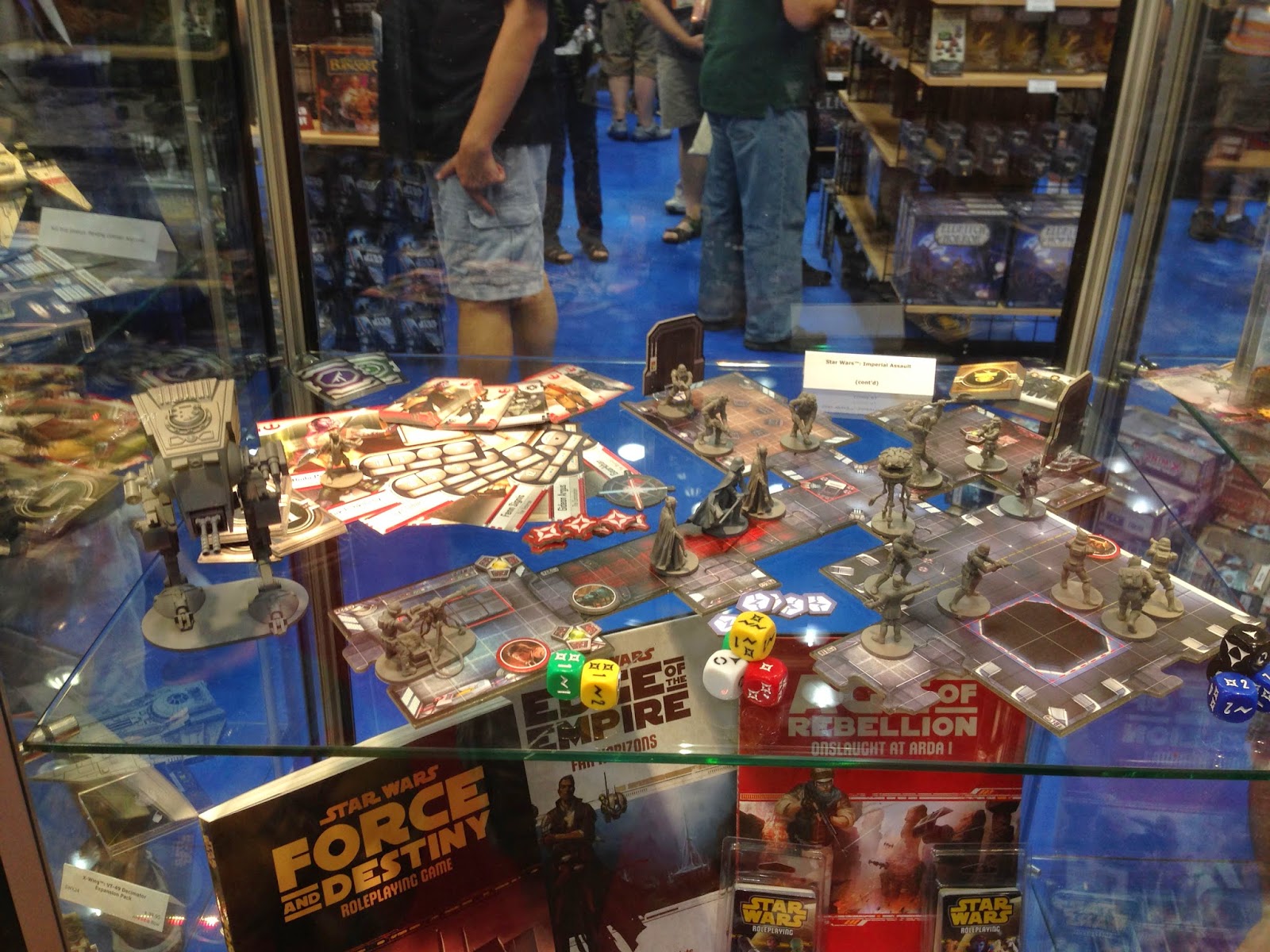 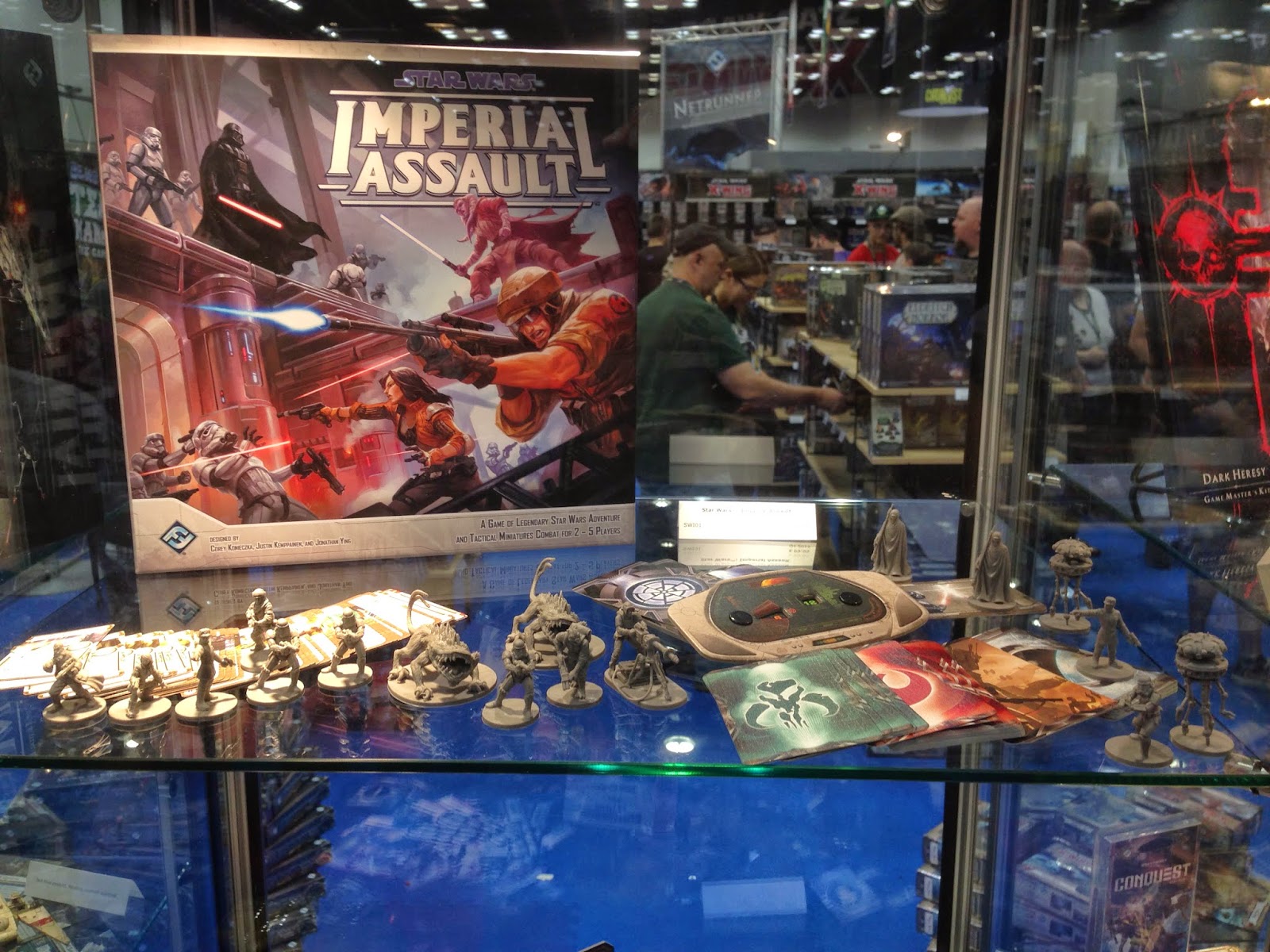 Didn't show this before, but FFG is releasing a miniatures board game for Star Wars that looks very Space Hulkish. It's just a short step from there to a full miniatures battle game! Maybe next year? 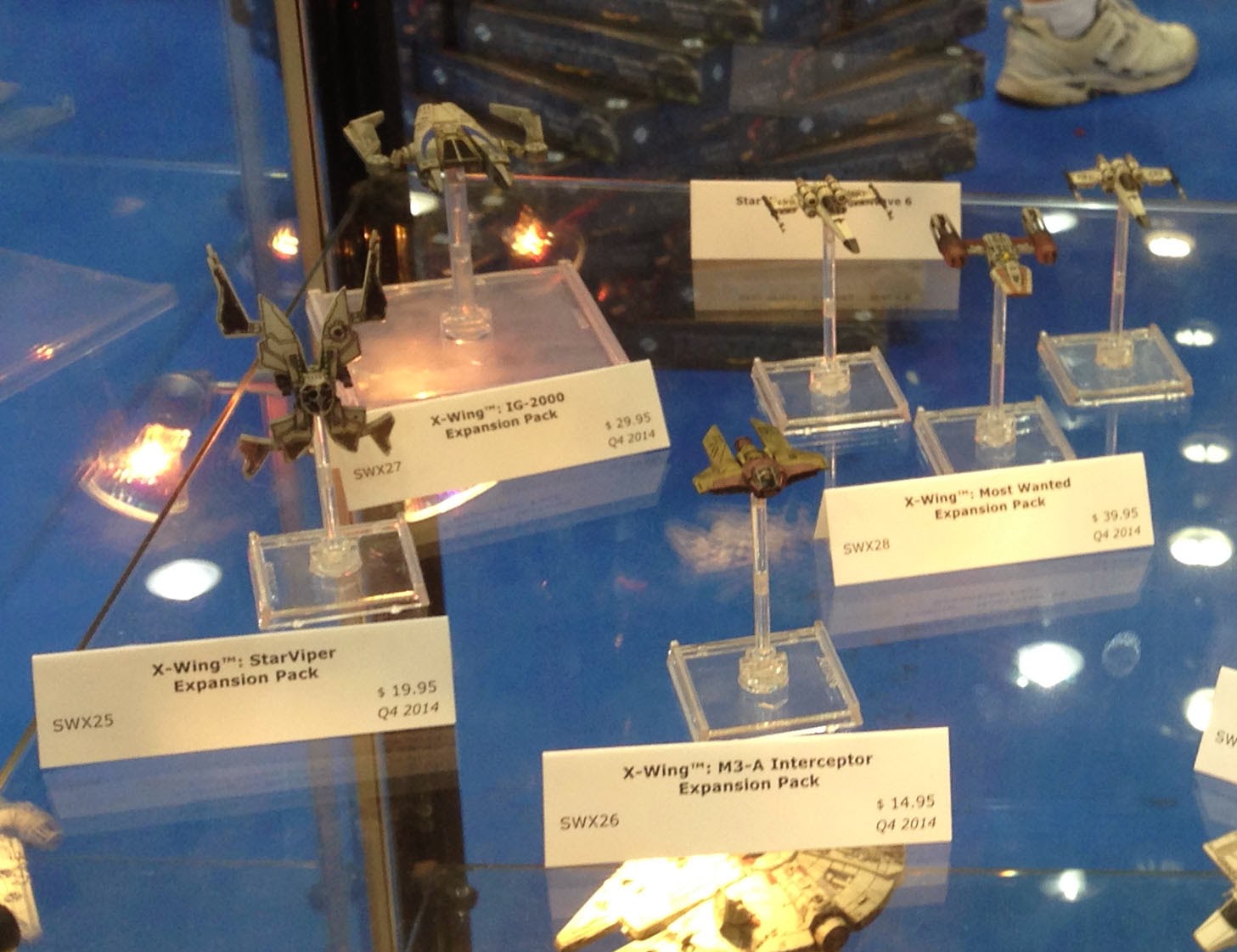 And finally... We have the new ships for X-Wing. Talked to an FFG guy for a bit, and he said that these ships are the core of a new "Scum & Villainy" faction. They'll also be bringing out new cards for Boba Fett and the the HWK, so that those ships can be added to this faction as well. Should be  interesting.
posted by SandWyrm at 9:01 PM