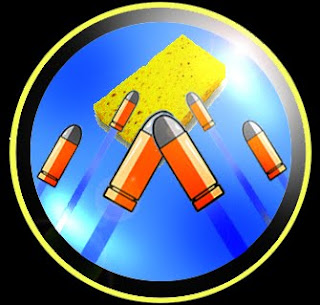 This is my first post here, so I figured I'd try and make it a good one. My goal is for a (five?) part series. This is spurred by this tourney’s results. This is a big deal in my world because it is the first time the new nids have done well in a tournament.

Looking at the list of the top placing armies, in addition to ideas I’ve been sitting on for a while, I figured I’d give a review on why these armies are doing so well in tourneys. I’m starting off with an interesting perspective on competitive building and tactics. Then I’ll take an in-depth look into how IG, orks, Sw/Ba, and finally Nids are doing. With that let’s get started.

As I see it, most competitive armies have three core ways of surviving in a battle. Toughness, Wounds, or Saves. Essentially every army has a ratio of these three, making a three dimensional graph that I frankly don’t feel like delving into. This may seem common sense but let’s think about it for a second. If we take the skewed standard infantry as something similar to guardsmen/fire warriors/avengers, we get a S3 T3 W1 4+ save model. These are the non combat dedicated/support role basic troops. Now let’s look at the common infantry model, the Space marine. Now we have T4 W1 and 3+. All common knowledge so far and here is some more, space marines will/can field fewer models than the “standard” infantry. What this leads to is a low T and S value for guardsmen, but a High W value as there are more wounds on the table. Marines will have a High S value, a slightly higher T value, and a medium W count. How the game has progressed has actually turned T4 into the average, even though it is supposed to be superior, and it still is to an extent.

I’m bringing this to attention because I believe it is an important part of any army to decide and focus on how it is going to survive throughout the game. Some armies don’t give you a choice, others have more options, and some just do it well and naturally. Example Tyranids; They have the option of trying to field a incredibly large number of wounds on the table, either by a vast amount of models like gaunts, or many multi-wound units like warriors. Another plan could be to increase the overall toughness and field very durable units like trygons.

Now let’s look at most other armies and how they stand to this.
Space marines; High Sv, average W and T
Imperial guard; Low Sv, high T and average W. (they replace normal T with Av, which generally have no Sv and only 1 “W”)
Orks; Very high W, Average T, and low Sv
Tyranids; low Sv, High T or High W, low other.
Necrons; Low W, Average T, very High Sv (counting wbb)
Eldar; some strange anomaly, due to their specialization, they can’t really focus any which way, since they need certain units for certain jobs. I’d say low T, average W and a high Sv through vehicle specials.

A note on tanks as toughness. IG vs Nids; IG can increase their durability by putting their whole army in Armor and still maximize a large amount of fire power. Vehicles do a fine job of having Toughness, because it still requires a higher strength weapon to harm them. Nids have trouble protecting their weak units, but their tough ones can wade through armies. While MCs are more susceptible to small arms fire than Armor, they can in turn take more special weapon shots than Tanks can.

The tactics of surviving.
In any battle, one of the main goals should always be to have your army survive. There will always be expendables, decoys, fire magnets, suicidal, and unavoidable deaths, but the core of your army needs to remain intact in order to win. People who make their lists on the "All Kill-no-Frill" doctrine, with no thought as to how their army will survive, have already made a tactical folly that may cost them the game. Planning on your enemy to die in order for yours to survive is not a sound plan.

Back when Nidzilla was running rampant, there was an interesting post I had found on a forum. It explained why Nidzilla was doing so well. It referred back to another post and kept using the term “kill gap”. Now I’ve found the original post and here it is if you are interested in reading it.
It is long, so if you don’t feel like reading it, allow me to summarize what I got from it. It essentially explains the ratio of your ability to kill things versus your ability to survive. A kill gap is how much you can take before your fire power starts to struggle. If 5 of your 10 man tactical squad died, you just lost half of your bolter fire. If you lose half of the wounds on your carnifex, He is still firing at full capacity.

This was the secret to Nidzilla. Though focus fire did hurt, the sheer volume of High toughness wounds coupled with the fire potential of any model with even one wound left helped make it a feared list style. Target priority and Kill potential are another two key ideas that are in that article. It doesn’t matter if you’ve killed off 3/4ths of an enemy’s army, or how many points you have left on the table, if those remaining units have the kill potential (the right weapons) to bring down the rest of your army. By taking out the high threat models, while making it difficult to take down your fire power, you create the Kill gap. The enemy now has a lower chance of killing you, while you can still harm him.

Now don’t misunderstand me when I said don’t make your list Killy. Make it as killy as possible, but not at the expense of survivability. Kill potential and mobility are secondary to durability, but they play just as important roles. With the predominance of objective based missions, you need your troops to not only survive, but to be able to reach the objectives. You make sure that they do both of those things by killing the threats in the enemy’s list. IG mech does this incredibly well, The Ork tide do this, Sw/Ba do this, and Even Nids are learning to do this. Stay tuned for the next part as I attempt to explain how they do it so well.
posted by TheGraveMind at 11:18 PM