I Think I Finally Have Some Local Painting Competition 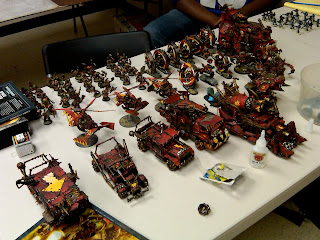 So I went down to the FLGS for the first time in almost a month tonight (stupid work...), and what should I find, but the best looking Ork army I've ever seen.

It was being set up for a game with another local IG player by a nice fellow named JB. JB's just coming back the game after taking a break for a few years. Looks to me like he's been playing around with some of the new kits in the meantime. 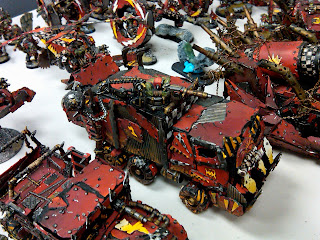 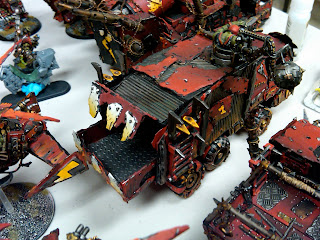 ...with a working door in the back! 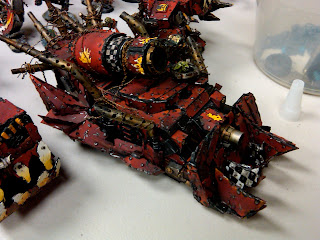 I'm not sure what it is, but it looks painful. 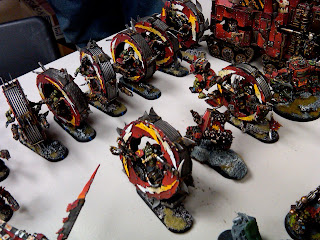 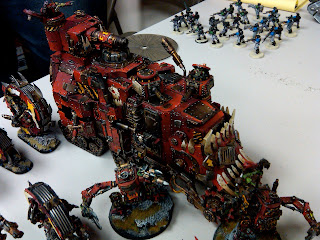 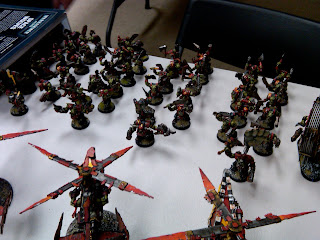 Even the Boyz look great! 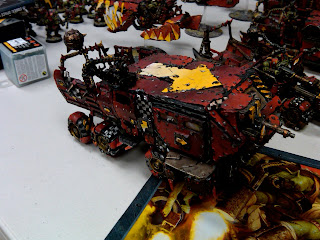 This one reminds me of the rover from season 1 of the old 1960's "Lost In Space" series. 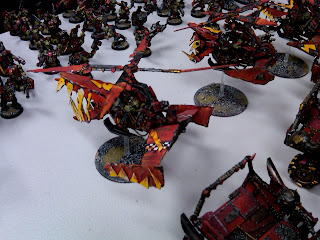 I hope this model never falls on me. :)
We talked for a fair bit and decided that 2 good-looking armies like ours just have to have a 2000 pt. battle soon. If our schedules work out, we'll do it next week.

I'll bring the good camera.
posted by SandWyrm at 10:41 PM