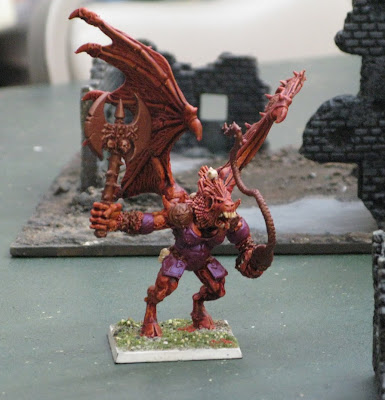 I had been preparing to go to Ard Boyz this year, but family life intervened.  Fortunately, there is another local tournament on the other side of town at Games 2 Die 4.  So I'll be taking the Black Templars and trying them out against a new set of opponents.


My game this week was against Sweet Nick and his Daemons, an army that I had not faced before.  I had read the codex, and was familiar with their units, but I've never seen what they can do on the table.

The mission was kill points with pitched battle deployment, and I won the roll to go first.  I chose to allow my opponent to have that privilege, and placed all my units in reserve. 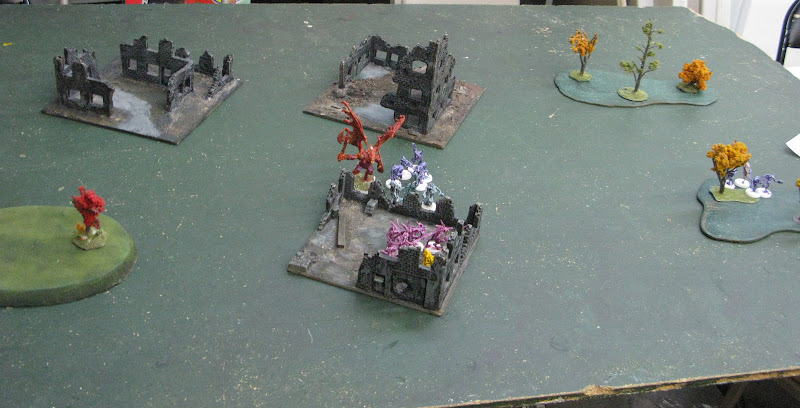 Nick rolls a 2 and starts bringing in his "B-list," dropping his units into the center of the table and runs for cover.  The dice are with me, as several units scatter, and one unit of Flamers is dropped to a single model before any of my army is on the board.  A single Bloodthirter arrives on his 2nd turn and joins the empty battlefield, preparing to jump on whatever may enter on my turn. 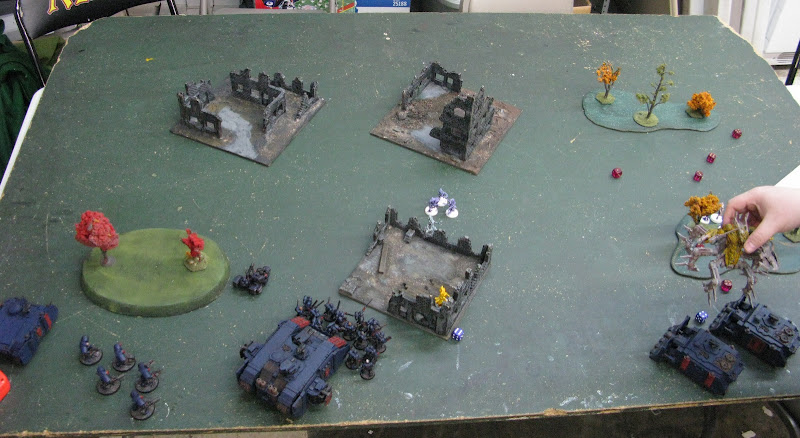 The vast majority of my list arrives on turn 2 as I prepare my attack.  The LRC pulls up to a ruin and unloads a 15-man squad to take care of the units that are taking cover there.  The Rhino Squad, an Attack Bike, and the Terminators come up my left flank.  Both Vindicators and the Venerable Dreadnought cover my left flank.  Both flanks open fire on the daemons taking cover behind the ruin, killing the Bloodthirster and most of the unit of Flamers.  I had wanted to charge both the unit of Bloodletters and the single Flamer taking refuge in the ruin, but I made the mistake of firing first.  My shots killed all the Bloodletters, leaving the single Flamer unharmed and ready to exact revenge.  And he did, with the help of another single Flamer, kill 13 of the 15-man squad in one shot. 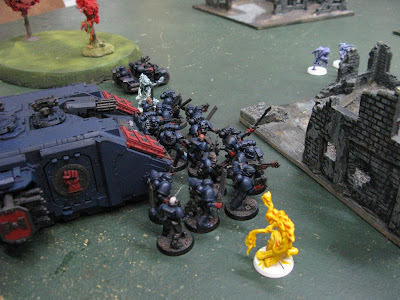 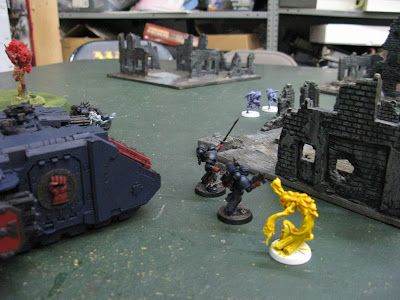 Nick's heavy-hitting units start arriving, in the form of Fateweaver, a Soul Grinder, and a pair of Tzeentchian Daemon Princes with armour, wings, and the Bolt power.  The DPs drop into the middle of the table and take pot shots at my transports, doing nothing.  Fateweaver and the Soul Grinder dropped in and stunned both Vindicators, and destroyed the lascannon arm on the Dreadnougt.  On my turn, I backed both Vindicators up 7" and popped smoke while moving my left flank over to provide support.  Not much died on that turn.

At this point, Nick had overcome a 4 KP deficit to be in the lead by 1 KP.  My left flank came across and fired everything it had left at the Soul Grinder and DP that was in the center of the table.  Fate was with me, as I caused just enough wounds to kill the DP, and cause the Soul Grinder to explode.  I narrowly won the game 7 KP to 6. 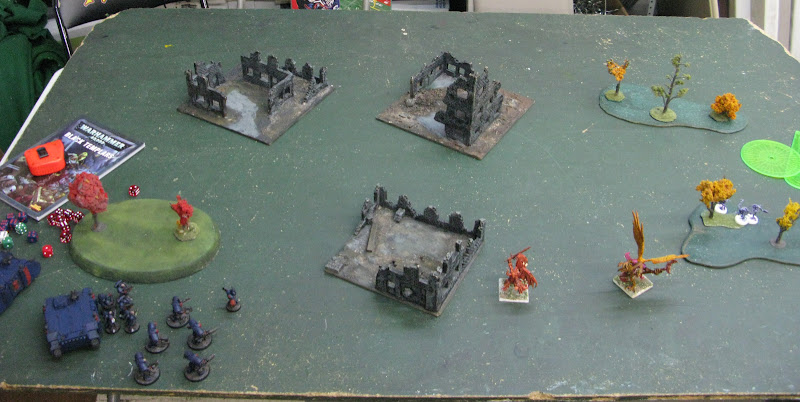