Be Excellent to each other. 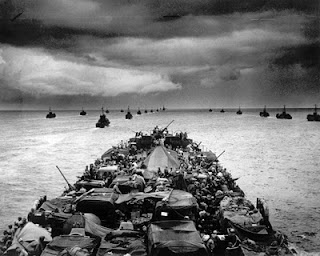 So tomorrow I'm going to go play in a local tourney, one with some confusion and miscommunication. I've been collecting my WH codex only 1750 force, and painting and converting to get it up to par.

One thing I've been thinking about lately, brought about by some local drama and misunderstanding, is more or less Sportsmanship.


Wineas touched on some aspects of sportsmanship last week, and boy did it set off some hubub. We're not trying to throw stones, and I for one am not trying to call anyone a cheater. Unless you are. Then I will get a second opinion, and call you out. I want to see people play fair, and have fun.

So what are the things I like to see when I play? What do I try to do to be as above the boards as possible?

ArmyList and special rules
I make sure I have My armylist for my opponent. I try to make sure they understand any special rules I have in the force I'm playing. That's easier said then done, and I sometimes don't get as thorough as I can. WitchHunters and DaemonHunters are rife with rules differences, from codex specific hit-and-run (no Initiative roll), to old transport rules (like the DH rhinos are open topped if 4+ armored guys shoot out, and WH/DH fire points only allow 1 person to fire, even though the Space Marine transport of the SAME NAME lets 2 people shoot from the same hatch.) Immolators being able to move 12" and fire their Hflamers is another rule I often have to point out.
It's also a good idea to ask before a tournament how terrain is being defined, and how terrain is handled. Can I see through walls if I'm 2" from them? is it TLoS? are only the ares inside a building 4+ cover, and not the whole base of the terrain feature? Do the bases of terrain confer 4+ or 5+ cover to things behind them? are the bases of terrain Diff or dangerous terrain?

Dice
I try to not have 'special' dice for things like Ld checks. This can cause suspicion, especially if I get lucky, and make rolls I probably shouldn't have. (like 12 4+ saves in a row)
I also like to make sure my dice roll over the table when I throw them. It's randomization. A light flip of the wrist can get people wondering if I'm making a lot of rolls. If I toss my dice from a 6-9" off the table, and they bounce and roll a bit, I'm trying to legitimately roll fair. I personally find practicing rolls to be reprehensible.
I've had it pulled on me. With 'special' dice, that were only used for high rolls, and a 'special' set for low rolls. I like it when a TO has bricks of dice for players to use FOR THAT TOURNEY, and take as prize support.

Be Helpful
Declaring what you are doing, and what you are rolling, target number, and number of dice being rolled, helps communicate what is going on. It's a habit I started after teaching people how to play. Showing your opponent your measurements for moving and shooting is helpful as well.
Chambers, SandWyrm, and I thought about having theback40K T-shirts made with a diagram on movement like the one in the BRB. Probably a Chimera, with 'no' showing measuring from the front, then moving up until the back is 12" away, and one with 'yes' showing proper front to front measurement and movement.
I've set up 19" from some Jump Pack Assault marines, and showed someone, only to have those same Marines somehow 'charge' me, and then have my opponent argue that I was being a Jerk. My witness could back me up. Movement is laid out in the Big RuleBook for a reason. It's easy to want to get an extra 1/2". I've also had it work out in my favor, by allowing me to move into a better shooting position because my opponent moved too far, and was now just a little bit closer, so my flamers covered a few more guys.

Attitude
Attitude counts for a lot of things in life, not just in games with dollies. Smile, shake hands, and introduce yourself at the beginning of your game. Talk with your opponent during the game. Make sure They understand what you're doing, and you understand what they're doing. Correct mistakes, even if it's not in your favor (game wise) to do so. That doesn't mean you've got to be a Care Bear, and back down at any challenge. Stand by openness and honesty. Judges and TO's (especially at smaller events) notice these things. TO's and Judges want to keep any dishonesty out of their tourney (or they should want to). Be positive, and try to help.
If you think someone's pulling a fast one, ask someone else to observe for a while.


Those are some of the things that come to mind. For more thoughts on play, I found the article I wrote last year about What's a Good Game? it hits on some similar ideas. give it a read as well. 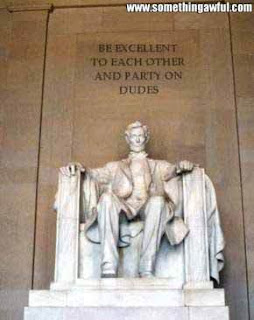