How Sharp Is Your Razorback? 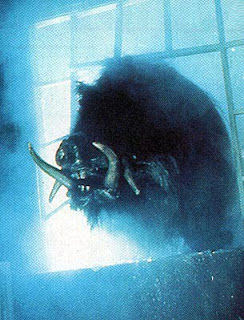 In my continuing attempts to come up with a Blood Angels list from the new codex that can compete with my own Mech IG army, I've sort of settled on a MSU (Multiple Small Units) approach that can maybe hope to get across the field alive and stick assault troops in the IG's face. Part of that, though, is working out my transport and anti-tank options.

I figure that I need to take a page from Stelek's critical mass lists and distribute the AT around the army, as the Guard are a little too good at taking out single uber-units. But if this is going to be a balanced list, I need to also be able to kill Orks and nids with the same weapons that I'm cracking open Chimeras with.

Hence, I'm looking at sticking my 5-man squads in Razorbacks. But what weapon should I take on them?

Stelek's lists use Lascannons. But there's not much duality there. Meaning that those tanks can't engage both tanks and infantry. What about Assault Cannons instead?

Stelek's made his opinion on Assault Cannons quite clear (Warning, bad language). But he doesn't back up those opinions with any stats. What does the math-hammer say? Well, let's fire up my custom anti-tank simulator and find out what the averages are over 100,000 attack rolls.

So it looks like the assault cannon is very competitive with a single lascannon, while being able to kill infantry and put multiple wounds on monstrous creatures too. I think we have a winner. The shorter range isn't likely to be an issue either, as the assault cannon will be sitting on a fast platform.

The real question is, why would anyone want to take a 115 point Baal Predator when you can take multiple assault squads in TL-AsC Razorbacks for around 160 points each? The single AsC on the Baal isn't powerful enough to reliably take down targets on it's own, in the same way that the meltas on a couple of Speeders, the twin-linked autocannons on a Rifleman Dred, or the AC/LC combo on a Dakka Predator can.
posted by SandWyrm at 12:57 PM