Increasing your chance of successful deployment and winning. The KISS strategy 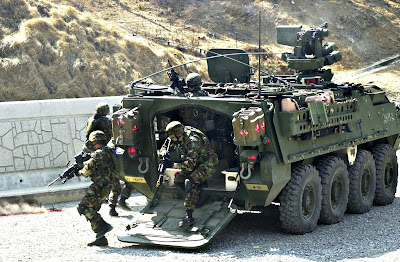 How you deploy your forces or react to how your opponent has deployed  their army often determine if you win or lose.   My suggestions on deployment are....

This acronym stands for KEEP IT SIMPLE STUPID.  Now I am not saying anyone is stupid, but I often see good players take a long time to deploy which in my opinion hurts their deployment.  We will look at a few no brainers when it comes to deployment and common mistakes and my simple step process for deployment known as KISS .

#1 For Spaguatyrine, (Me), Deployment starts for me when I enter the playing area.  I quickly scan each table looking for where I will place my long fangs, where I would start my Thunderwolves, where my Scouts could come in from, driving lanes for my vehicles, etc.  Yes, I look at every table before everything starts.  Do it!  The shock of seeing a table for the first time is not something you want to deal with. Think of it this way, after your pairings are announced you have only a few minutes to:

If you now add look at the table and get a basic strategy of where and what you want to do, then your brain is overtaxed and you will often forget things.  So DO IT! Help your melon think ahead.

This being said, you have to know your army inside and out. What you want them to do and how you want them to do it.  This is also a no-brainer.  Your army should have a similar approach to each and every army with a few exceptions. Tyranids and Daemons.

#2 Wait to get a full plan in your mind until you review your opponents list and determine who will go first.  Often players get stuck in their heads that they need to go first to win.  That is not the case as there are so many options with reserves, scout moves, infiltrators etc.  That being said locate scouts and infiltrators on the list and by asking your opponent if they have any before making your KISS deployment strategy.  Some people forget to put that on their lists, and many a headache will be saved by ensuring your opponent verifies this fact.

If you are going first the following needs to be determined before putting models on the table:
*Agree on terrain first.
* Firing lanes for all models (To include when you move where you want to shoot.)
*Movement lanes for all models (Where will you drive, how far, do you smoke, where to get into
cover, etc)
*At what turn you will be moving to claim objectives (This is one of the most important
decisions you must make.  Know when to run for the objectives. Quickly calculate a unit
coming from reserve to take an objective, or when you have to run for cover) Or if kill
points whether or not to split units or keep them together
*What will happen if your opponent seizes the initiative.  (2nd most important)
*Look at your army from the opposite side of the board before you are done. QUICKLY!
*And the last is where you want to put your opponent. (Your deployment will, to some point,
deploy your opponent) (This is harder to understand and will take some time to learn)


#3 If you are going 2nd you can actually just relax and wait to see what you get.  There is no use in worrying about where they will go as you can only react anyways.  Something I actually check line of site to where my opponent is placing his models as he is placing them to make them second guess where they are deploying. Be careful as this can sometime work against you.  So after your opponent has deployed there are less things you need to think about.  Consider these below:

*Where are going to put your stuff without dying too much on the first turn.  I.E. cover, out of line
of site, reserve, deepstriking, outflanking etc.   Sometimes you just need to reserve some things.
*DON'T EVER DEPLOY THINKING YOU NEED TO STEEL THE INITIATIVE unless you
have something that will make that happen more than 50% .
*Calculate that some things will be destroyed and make a quick back up plan for where things
will go.

#4 Double check each unit by physically touching each unit while you scan your army list.  This does a few things. Ensures you don't miss that 5th unit of troops, that monstrous creature, etc.  It also verifies the strategy that you have just put in your head by accessing your brain.  I.E. Grey Hunter Rhino #1 is going to drive 12" and smoke, Thunderwolves are going to move 6" and during their run move duck into cover, better make sure I stay close to those woods, longfangs are going to shoot any armor from the left flank.  Since you have to declare what deepstriking or outflanking units are doing, this is also a double check to ensure you told your opponent.

In conclusion, KEEP IT SIMPLE STUPID! Dont take so long to decide where to put your models. You might be thinking too much if you find doing the following:
*You pick up the same tank 3 times and move it to different positions in your deployment area. (This is also considered unsportsmanlike by many players. Including me.)
*You take more than 5 minutes to deploy.(Horde armies an exception, but not much!!!! 8 minutes)
*You find yourself not sure what to do.

When you fight with yourself you will talk yourself out of a good idea!


What are your thoughts on deployment?  What tricks and tips do you have for us?
posted by Spaguatyrine at 9:18 PM