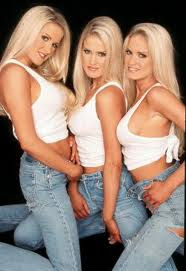 As super mega lists fly off of every computer keyboard on the inter webs including mine, and people pick apart lists to make the most optimized list possible I have come to a conclusion about some "advice" I hear.........

Building lists in 40k is fun.  We get to put together ideas in our heads and imagine them working together in a specific way to obtain a specific goal. To win!  Some of us look at the math and calculate how many hits and wound in close combat per model, or how many melta shots with re-rolls we can make in a game.  Some of us look at certain type of units and just love them because they have cool special rules, or like to use them because we have painted them to an amazing level.

The Internet personalities such as Stelek and some on Bols, as well as random people who tend to stop by our blog have responded to some of my list suggestions with distaste and comments such as:

It seems funny to me that people harp so much on redundancy when making lists.  I went into my army builder file to check this theory and looked at the 40 or so lists I have saved and found a theme.

So then by the standards of half the Internet I shouldn't be very good.... :) I have also heard from some other writers such as Kirby who wrote about optimizing lists that this is a game and people should make their lists to have fun.  I totally agree and believe I have proved that you can build what appears to be a "rock" list or a list that is not as "optimal" as Joe Internet thinks and still have fun, be successful, and win.

Let's look at some definitions of redundancy and utility. (There are multiple definitions. I used these)

redundancy - repetition of an act needlessly

repeating, repetition - the act of doing or performing again
Some writers and players believe having several of the same unit, such as 4 x Grey Hunters in a Rhino with a melta gun, and wolfguard with combi melta and powerfist, or 5 x melta vets in chimeras is the best option. Even though these are a good basis to start an army list, it doesn't mean it is the best option for every player.

You don't have to repeat every good unit in your codex to have a great army list. I would in fact counter that argument with one of my own that states if you only take these units then you are taking the easy way out and possibly are not as strong of a player as you could be.

Using utility units that are capable of substituting in several situations is what I prefer when building an army list.   Let's give some examples of units I use in my Grey Knights and Space Wolves that would count as utility units.

Grey Hunters are great utility units as they are:
Scoring
Great at close combat with 2 base attacks and 3 with counter charge
Great at shooting as they can rapid fire and then still get 3 attacks when charged
Have great options with a wolfguard attached

Thunderwolves are good utility units as they:
Are Calvary so have a 12" charge
Have fleet
Are a magnet for high strength and low ap shooting which takes the focus off other elements
Provide cover for Rhino and Razorbacks
Are monsters in close combat with strength 10 CCW and rending and base 4/5 attacks

Grey Knight Terminators for grey knights are great utility units as they:
Are scoring
Are terminators, 2+5++, deepstrike, etc.
Have multiple weapon choices to make them Init. 6, 4++, Thunderhammer, psycannon, etc.
Can combat squad

Now with these 3 units being examples of great utility units that I could spam to make a redundant/utility army, I would never do that.  As I have stated before this is a game that we all take serious but one we should enjoy playing.

I love professional football. My favorite team is the Dallas Cowboys. I would hate to have 11 Tony Romo's, or Miles Austin's, or Demarcus Ware's out on the field. They are all great players, but there is nothing special about having the same player doing everything.

The same with 40k for me. I love Thunderwolf Cavalry, and have played a 1500 army with 11 TW models. It just isn't as fun or challenging as 5 with a bunch of other units doing different things.  Don't get this misconstrued with not wanting to win. Anyone who knows me or has played against me understands the type of competitor I am, but winning at the cost of having 1 HQ and 50 grey knight terminators on the board is not for me.

The list doesn't make you a winner in 40k. YOU DO! It's the player that makes the difference. Ever wonder why someone can pick up another army and still win when others can't?  It is the player who has practiced his skill, his trade in battling on the table top with a variety of different army lists and tactical choices.

And here is the moral of the story...

Just playing redundant army lists will not help someone learn how to play well. It will not help you beat someone who is more skilled than you.  Great players find ways to win even when the odds are against them. Whether it is a bold daring tactical move that only a crazy person makes, or taking an assault army and playing the opposite to beat an over aggressive opponent.  We learn to play better by loosing, trying different things, and learning from our mistakes.

So for all the "redundancy police" out there. Bite it!
posted by Spaguatyrine at 1:00 PM