An Open Letter To GW 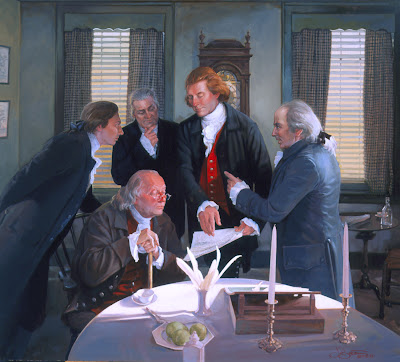 Kirby has his own open letter up today on 3++, but I thought that instead of re-posting it, that I'd write something more personal instead:

You're in the process of losing me as a loyal customer of 20 years, popular 40K blogger, and leader of my local 40K gaming community.

I have already cut back my 40K related spending by roughly 75% in the past year. If your current trends of insane price hikes, sloppy Army Books/FAQs, greedy rules design, and lazy community service continues, then you will lose me completely as a customer within the next 1-2 years to your competition. Either Flames of War, Warmachine, Malifaux, Video Games, or some combination thereof.

I have already either purchased or been given, for free, the models and rules required to play Warmachine and Malifaux. The reasons for why I am actively seeking alternatives to your products are as follows:


1) Insane Price Hikes
In this time of continuing global recession, you are still raising your prices significantly every year, contrary to every other hobby related manufacturer; who have stuggled to maintain or even lower the costs of their products.

Instead of making it easier to enter this hobby by reducing the complexity and cost of your products, you are actively making changes ("Finecast", Full-Color rules/army books, decorative templates) that increase the end-cost to your customers even as some of them ("Finecast") reduce your own long-term production costs. The fact that you would raise prices while reducing your own costs is particularly odious.

I know (from reading your annual report) that GW management considers your industry to be a niche luxury hobby that is largely immune from the problems in the larger economy. However I believe this view is very, very, flawed. The 40K players I see every week in our 5 local game stores are not rich. Most of them are students, single guys with low paying service jobs, or married middle-class professionals with very limited hobby budgets. Many have no job right now at all. They are buying your products on ever-diminishing credit. I have more disposable income than most of them, yet even I have been forced to cut back on my hobby spending drastically as the costs of gasoline, food, health care, and other necessities have risen and continue to rise every month. While my family's income has fallen more than 25% over the last 2 years alone. Before inflation.

Raising your prices, instead of doing everything you can to lower them, is bad business for you. You may see some gains in the short term, but the hobby (and your customer base) will continue to shrink the longer you continue this policy. It's unsustainable in the long term.

2) Sloppy Army Books
It's become increasingly obvious that many of the 40K army books that you have released in the last 2 years were not properly finished/tested before release. The Tyrannid codex stands out as a prime example. The rules for that book are so sloppily written that a FAQ was immediately needed upon release. When that FAQ did finally appear many months later, it's rulings were so arbitrary and inconsistent with similar rules in other books/FAQs that I saw the number of Tyrannid players in my area plummet by half. In addition, this bad FAQ has cast a pall over every new codex. As players wonder if their choice of army (and the cash used to collect/build it) will be invalidated six months after a new book is released.

That is bad for your business. You should be doing everything possible to proof-read your rules ahead of time. As well as releasing timely FAQs on a MONTHLY basis to resolve issues and evaluate previous rulings. You do not want potential players delaying their entry into a new army because of FAQ-fear. Or comparing your paltry rules/FAQ output to what Privateer Press is able to accomplish with their much more timely updates.

3) Greedy Rules Design
I, and many other players, do enjoy the changes that come with a new codex or game edition. It keeps the game fresh and gives us something new to collect and learn. There is a point though, at which so much is changed that we cannot base a meaningful amount of our new army on the figures and models we had before.

Case in point: The Grey Knights.

When the new Grey Knight book was released, I was disappointed to find that none of the Grey Knights, Stormtroopers, or Imperial Guard models that I already owned could be used to field a competitive GK army. Options for them existed, yes, but it was also obvious that the rules had been designed in such a way that an army containing those models would be very uncompetitive.

If I'd had a competitive option for these models, I would have bought into the codex and purchased several boxes of Grey Knight models to fill the army out. But you did not give me that option. You wanted me to buy all-new instead. So I traded the GK models I had to someone else. This deprived you not only of new sales to me, but of some sales to the person I traded with. That's bad for your business. You would make more from 10 players upgrading half of their armies than from 3 players that buy all-new.

Again, it's a bad economy, and you must adapt to the new reality of that. I and many, many, others no longer have the free cash to buy an all-new army. For the foreseeable future, I will either upgrade an army I already have, or I will not buy at all.

Along these same lines comes a warning: If 6th Edition 40K requires me to rebuild my entire army as the switch from 4th Edition to 5th Edition did, it's over. I'm gone. I will not rebuild 50+% of my army in order to play 6th competitively. Instead I will either continue to play 5th (and not buy anything new), or I will simply quit and play something else.

4) Lazy Community Service
I know from talking to the individuals involved that GW management had to be BEGGED by multiple people both inside and outside the company to let Forge World attend Adepticon, North America's largest wargaming convention. Even then, they were only allowed a reduced presence that required 12+ hour days from their staff.

In case you're not aware, let me tell you some of what Privateer Press did at the convention:


Those are the actions of a company that cares about it's community/customers. Not only that, but they have an official competitive tournament format and ranking system for players. Plus timely rules updates and FAQs. Which is something that you, as a company, constantly fall down on.

Why does PP show up to events like Adepticon and make such a showing? Because they know that every player at an event like Adepticon is a representative of all the players in the local community where they live. If they can "flip" one of these players to their game, it will encourage many more in their local communities to give their products a try. That's why the local Warmachine community here in Indianapolis has grown from a couple of players at the back of the shop to a large group with it's own night that rivals the regular 40K crowd.

In Conclusion
I want Games Workshop to make money. I want you to prosper and continue. GW has been a huge part of my hobby life over the years. But I see you continually engaging in bad business decisions that emphasize short-term gains over the long-term health of both GW itself and the community you depend on to buy your products. It's time to re-think the way you do business for the better.

Leave a comment if you agree. Permission is hereby granted to anyone that wants to re-post this elsewhere. -SandWyrm
posted by SandWyrm at 4:09 PM