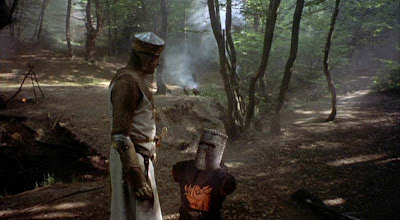 The new Grey Knights have been out for a little while now, and no doubt everyone is busy figuring out how to modify their existing armies to better cope with them. It's the same with my IG. I've done OK so far, but some things definitely need to be tweaked.

One of the benefits of playing a competitively balanced list is that usually, the changes I have to make from release to release are fairly small. When Space Wolves came out, I didn't modify anything. The new Nids forced me to take lascannons (In the form of Vendettas) to deal with their swarms of T6 monsters with 3+ saves. While Blood Angels made blocking troops mandatory. With the Grey Knights, I'm finding that I need to step up my mid-range game.

To understand this, let's look at my planned 2K NOVA list from before Adepticon:

This is a list that was designed to fight Marines, Nids, and Orks effectively. It emphasizes movement and tactical flexibility. The Stormtroopers can outflank or scout forward into choke points, slowing the enemy and preserving my troops. While the Flamer/Demo Vets are there to provide a compact, mobile bubble wrap that can protect my tanks from assaults and put the hurt on assault troops before they get charged. It's apparent lack of long range fire is belied by the fact that I have so many fast ways of putting meltas or meltabombs on you. Either on the first turn as a scouting alpha-strike or later with a devious outflanking.

This is a pretty good list in the hands of an experienced player. It has a lot of potential to surprise people. I've used variations of it at several events, where I always felt like I had the tools I needed to win, even if I often felt like I needed more practice to handle all the possibilities and combinations.

But now I'm re-thinking the list as a result of my experiences at Adepticon. The lists that won there were pretty straightforward; boring even. But also extremely reliable. They have to be reliable in a win/loss tourney that's 8 games long. So consistency and reliability are getting more important in comparison to neat tactical tricks.

In addition, I finally faced a Manticore in combat when I fought JWolf. Having never faced them before, I'd feared Manticores/Leafblowers so much that I'd designed an entire list around being able to outflank such a build in force and take out the heavy guns from the side if need be.

But... The reality was not so fearsome. Even though JWolf rolled the maximum of 3 shots per turn all game long, it didn't hurt as bad as I thought it would. In fact, a checkerboard deployment pattern was sufficient to largely limit the damage. So I'm less afraid now of taking a more straightforward build.

And Then There's The Grey Knights
They're a mean book in certain ways for a Mechanized IG army like mine. My best range for killing is 1-12" with my meltas and flamers. So my limited long-range fire is mostly used to get you to close with me.

However, GKs are ready-made to drop outside of my melta range and de-mech me before moving in for the kill in assault. So as a result, I have to be able to kill them in the same 12-24" range that they'll be going after me in. That means changing up the list a bit. Hopefully without giving up the high level of mobility that I cherish.

In general, I've found that GKs are VERY susceptible to torrent fire. That is, large numbers of high-STR shots that force them to roll lots of saves, which they will eventually fail. This is true of all Marines, but it hurts GKs a lot worse because they have so few bodies on the table. Thus I've found that my Chimera Multi-Lasers are my best friends when fighting them.

So, here's my ideas:

I have a couple of conversions that I first started work on 2 years ago. But during testing I wasn't blown away by them. Sure, they kill things. But you can't move them around and still fire to full effect. So I shelved them in favor of more mobile choices. Like the Vendettas I'm using now.

But... With the release of the StormRaven model, both GKs and Blood Angels have these annoying skimmers running around that I need to knock down early. This, along with the excellent torrent fire these tanks put out (8 twin-linked S7 shots, and 6 S5 shots), makes a squadron of Hydras a no-brainer in the current metagame.

He was my MVP at Adepticon, so I've been putting him in a Chimera with some Grenade Launcher Vets for the average of 10 24" S6 BS4 shots (in addition to the Chimera's multi-laser) on the move. The Primaris has proven very deadly since Adepticon, and if my opponent brings good psyker protection along... well, he's only 70 points. He also comes with a force weapon, which has proven useful on occasion.

Historically, I've always preferred meltas or flamers as squad special weapons. With the occasional unit of plasma guns for backfield protection. But my success with the Primaris has changed my thinking quite a bit. I used to take plasma guns in my backfield unit; and these would usually only get to fire once or twice in a game. But a unit with Grenade Launchers can shoot 24" on the move and contribute it's fire to the battle all game long. Whereas a unit with flamers can easily find itself out of position and nowhere near the enemy it needs to close with.

I've toyed with the idea of taking Scout Sentinels with autocannons instead, but I need the utility of a fast tank that can block Land Raiders and auto-hit 5-8 models with a cover-denying S6 AP4 template at 0-32" (including it's move).

The New List
So with all of that in mind, here's the improved 2K list that I'll begin testing this week. It's slightly less deadly close up, but is far more killy at medium range.

So at 24", that gives me:
Call it 17 dead Marines, on average, per turn (regardless of cover) before the Russes go to work. They're usually good for about 8 more wounds.

GKs dropping in the open with 30-35 guys can't take that kind of punishment for long. But that same fire is also fairly effective at popping Rhinos and Razorbacks. StormRavens are tougher to crack, but not impossible to down. While Land Raiders can be blocked pretty easily.

Dark Eldar won't like this build either, as it has 12 units that can down a Raider without much effort.

Thoughts?
posted by SandWyrm at 11:17 PM