The Indy Open: Day One 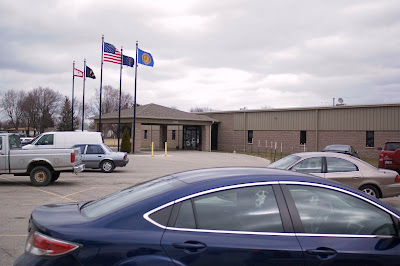 Whew! What a day! The Indy open kicked off this morning, and we got to see what a big 64-Player GT looks like in Indianapolis. Here's some shots of the venue, tables, prizes, and the buffet. 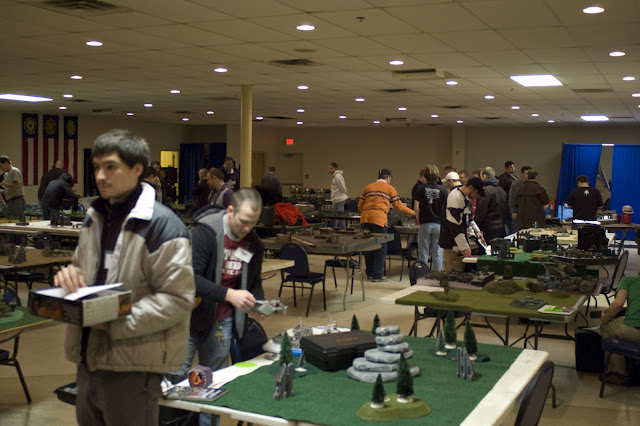 I hadn't been to this VFW hall before, so I was surprised to see how spacious it was. We're in just one of the large rooms they have. 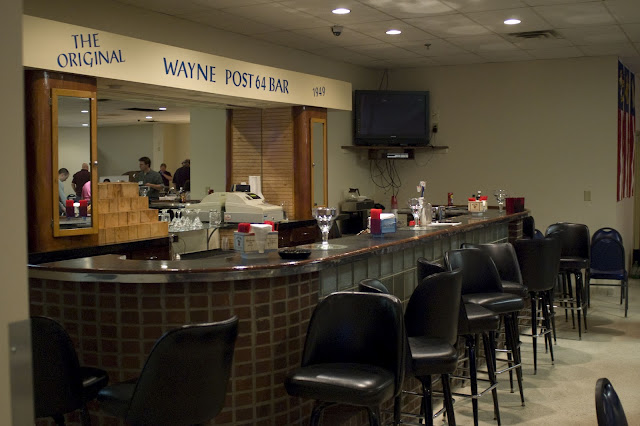 There was a bar along one wall, although nobody was serving drinks. There's a full bar (and grill) elsewhere in the building that's open to us, but we were forbidden from bringing anything alcoholic back into the playing room. 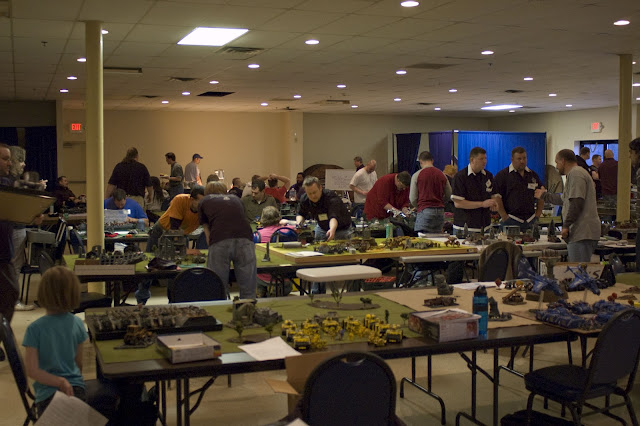 We're a bit short on empty tables to stage armies on, but we do have about 6" of space for each player to place stuff along their side of the table. Which is invaluable! 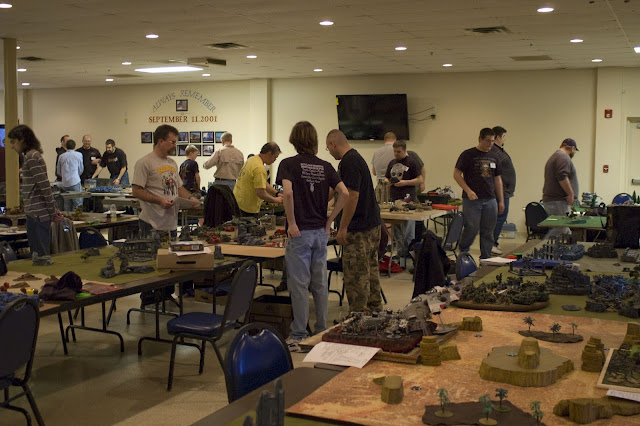 It's a good crowd. There have been VERY few personality problems. Everyone is a great sport. 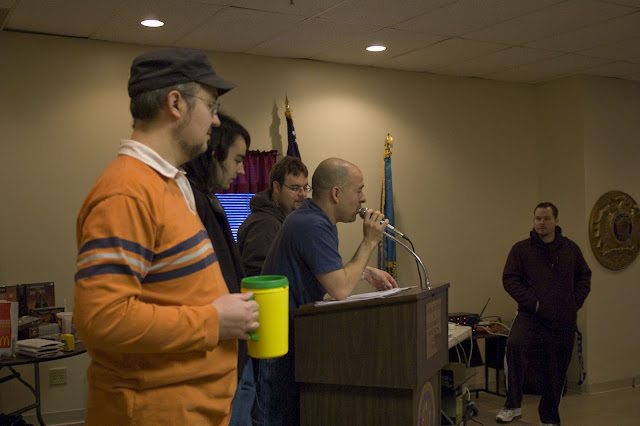 From the left we see Farmpunk, Dodger3 (head judge), CaulynDarr (record keeper), and Spag at the mike running things. I was helping judge the painting and referee matches. CaulynDarr, Farmpunk, and I also took turns playing the ringer for the day. 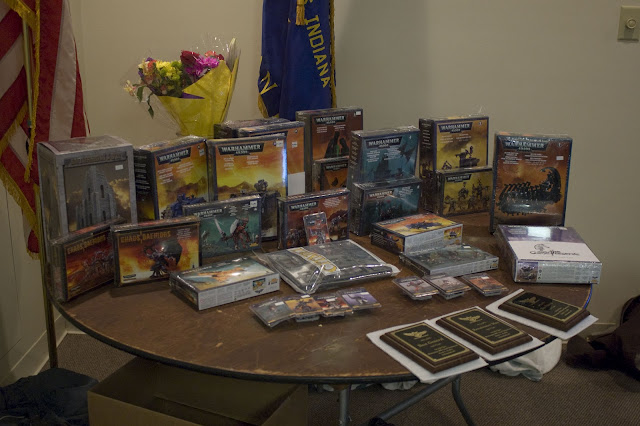 There's a very nice collection of swag for the winners. A lot of it's being given away in random drawings. 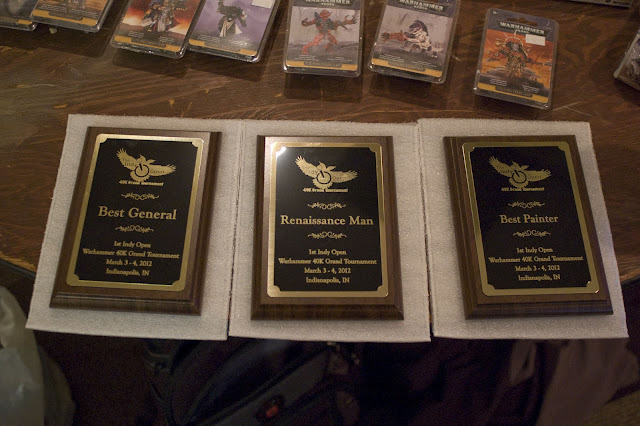 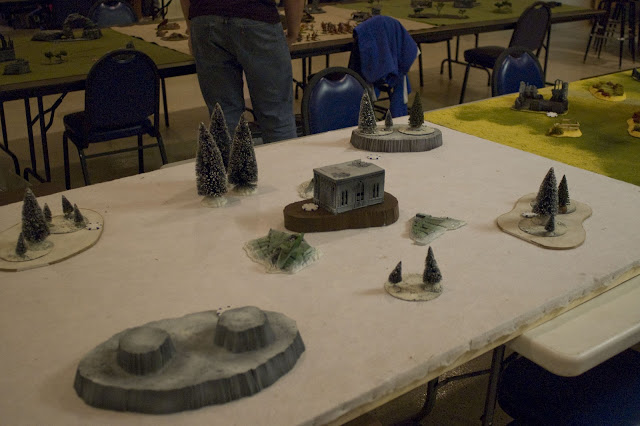 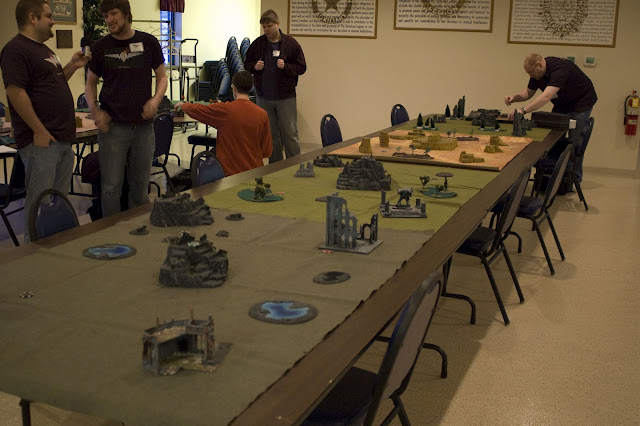 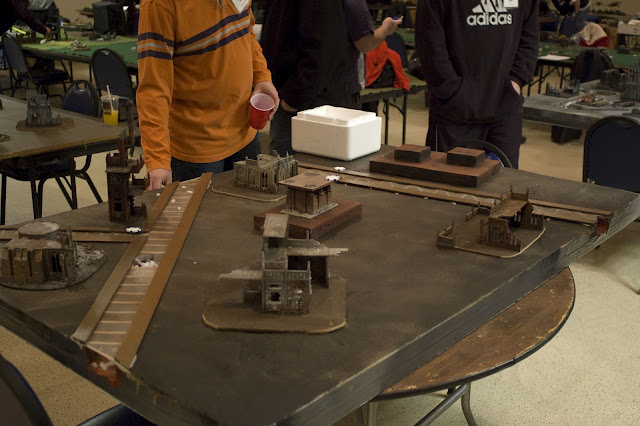 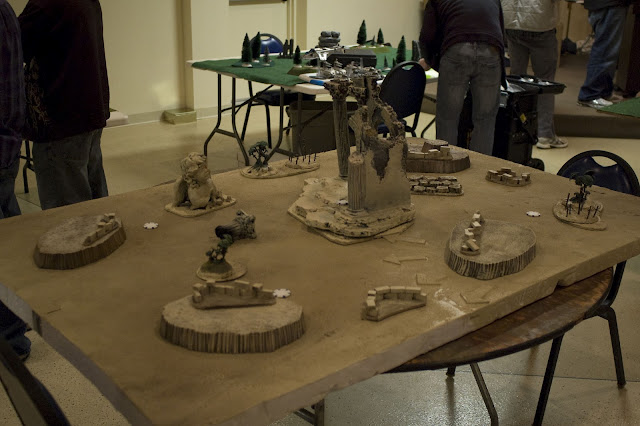 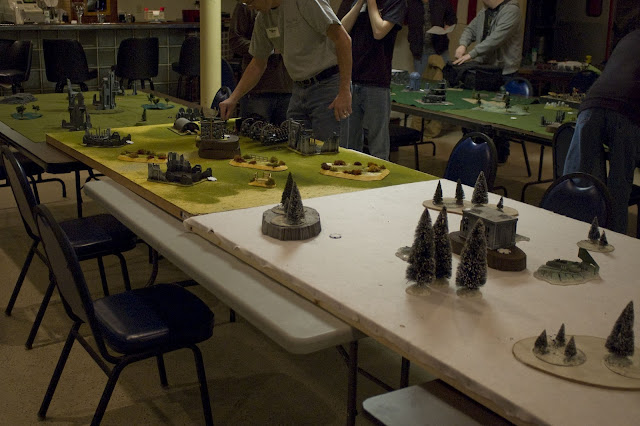 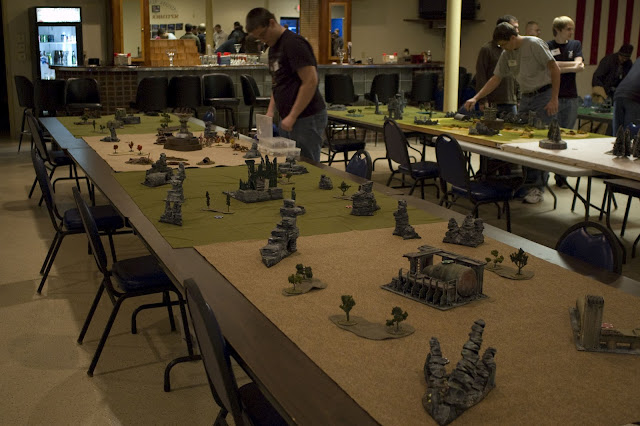 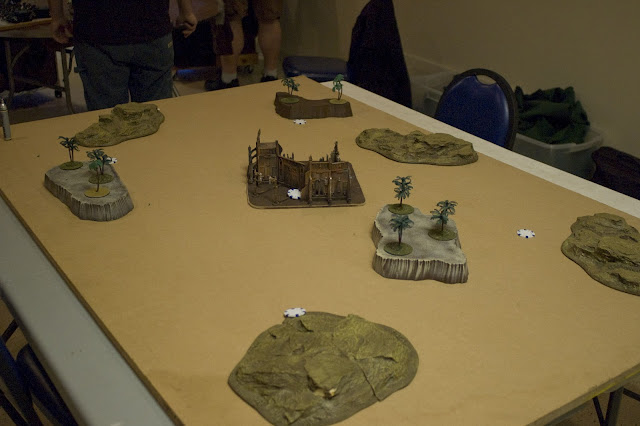 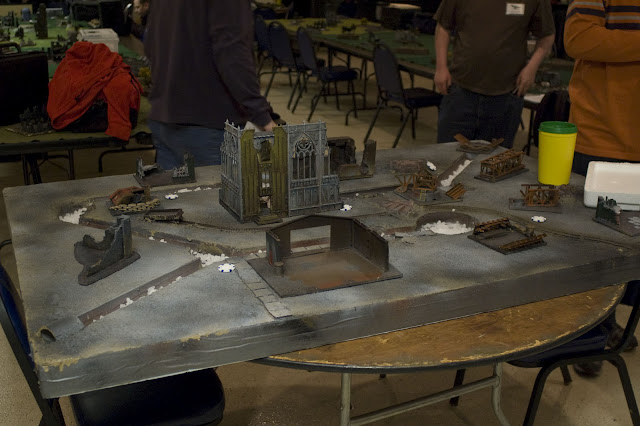 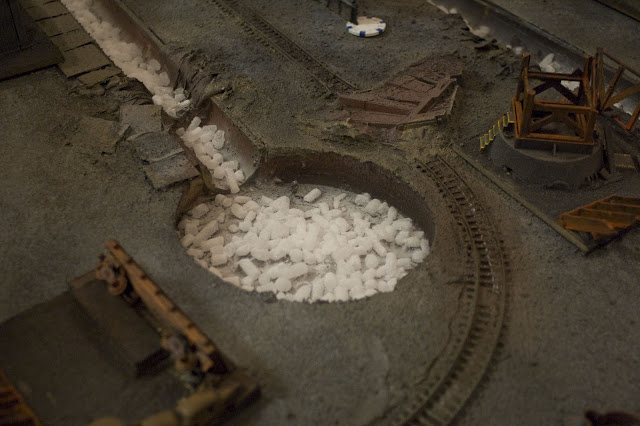 Farmpunk scattered some dry ice on some of the tables for some subtle smoke effects. :) 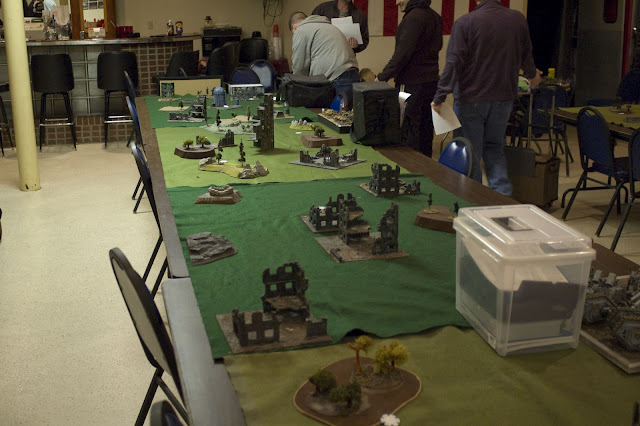 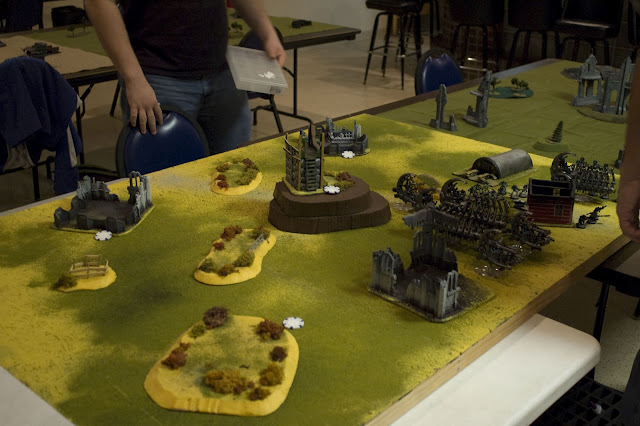 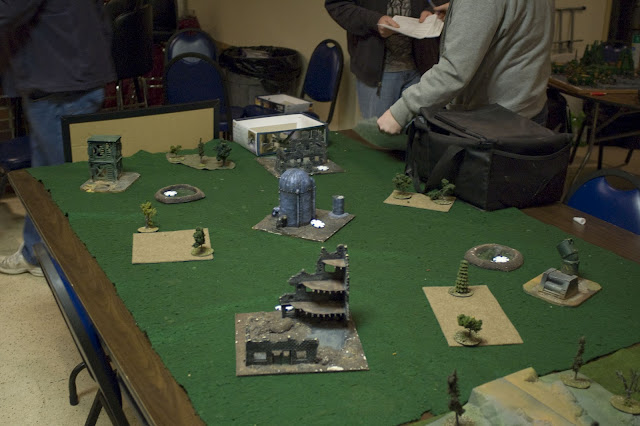 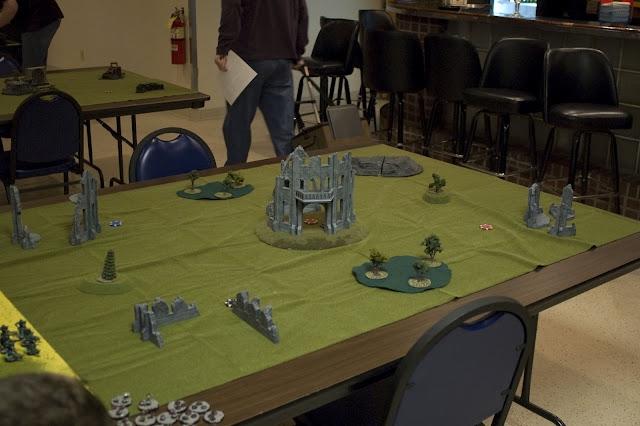 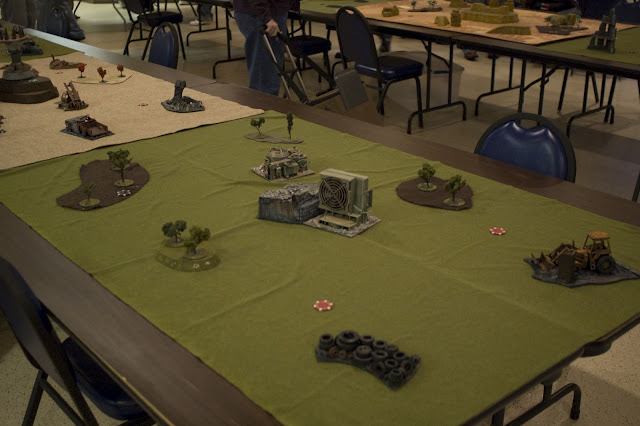 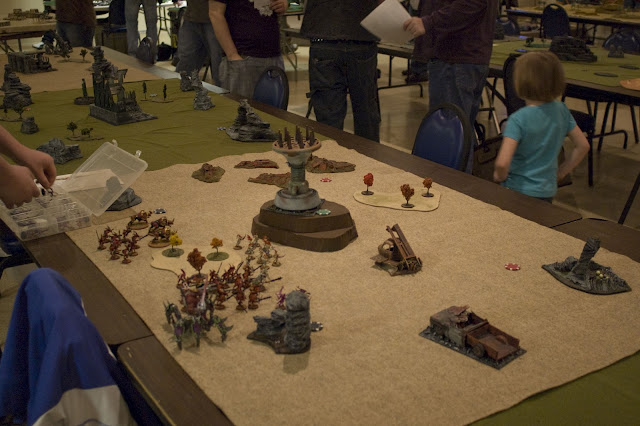 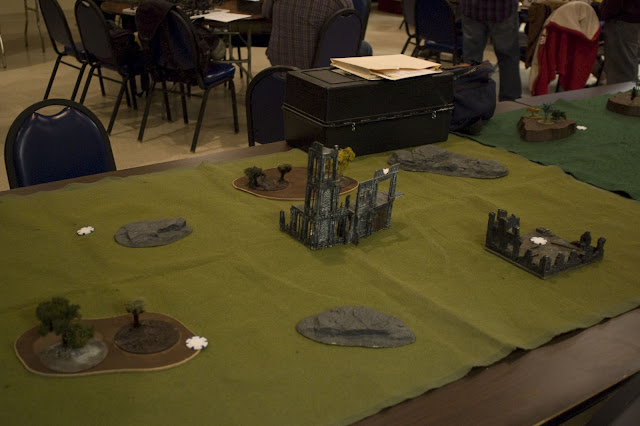 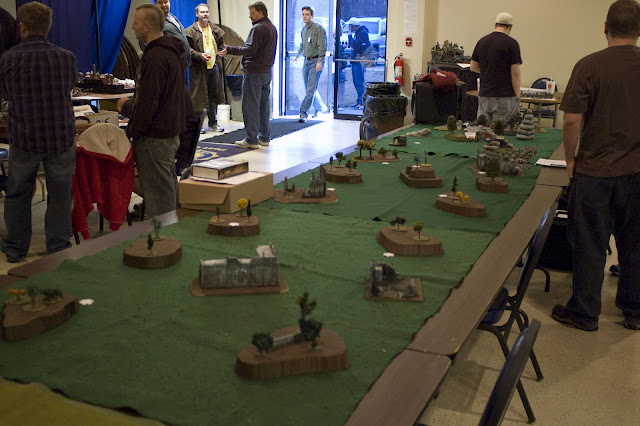 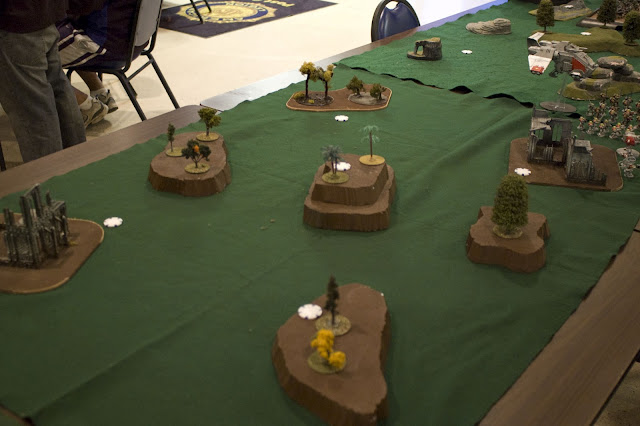 There are a few tables that could use a little more terrain. But on the whole the terrain is fantastic. Every table has LOS-Blocking terrain of some sort in the center. There's also a LOT of very characterful terrain pieces being used that I know come from the private collections of local players. 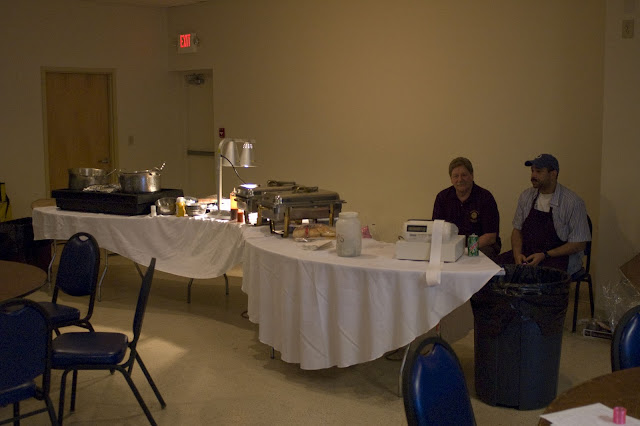 We had a great on-site lunch that was catered by someone Spag knew. 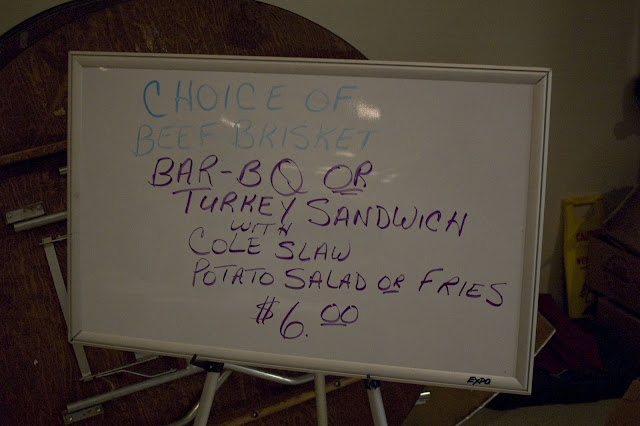