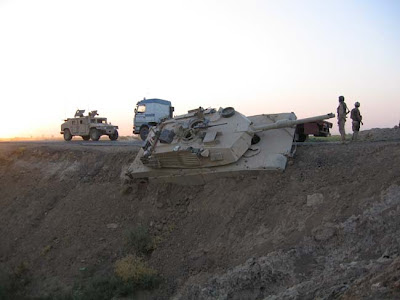 The weather's been NIIIIIIIIIIIICE the last couple of days, so I thought I'd have a go at making some Flames of War scaled hills out in the garage while the kids ran around in the sun.

The North Store has been a nice place to play Flames on Wednesday nights. As long as we stay out of the way of the D&D crowd, they've been more than happy to have us around. Only problem is, the store has only invested in terrain that's appropriate for 40K and Warmachine. 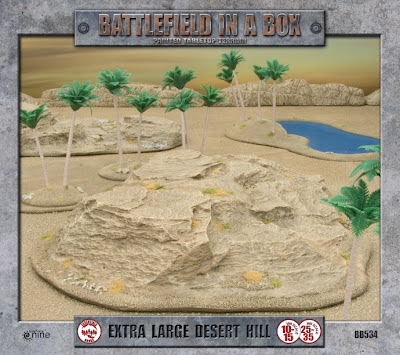 They have a lot of GF9's rocky hills (desert version above) and some homemade foam ones. But these cause us some problems and limit our range of possible tactics. 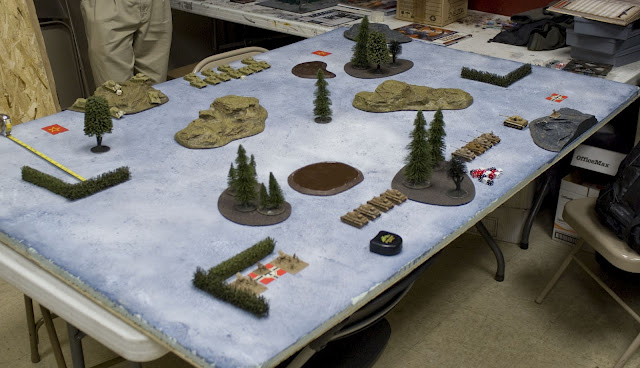 The problem is the scale. Most home-made 40K hills are at least 1 inch thick and usually higher. The GF9 rocky ones aren't bad, but not every hill should be difficult going and LOS-blocking. What we've been lacking is low hills that you can park a tank hull-down behind. As it is, we can only get concealment by parking units in forests. Which requires tanks to take a bog check. It also gimps aircraft to always have stuff concealed. Not to mention that you really shouldn't have pine tree forests in the desert. :) 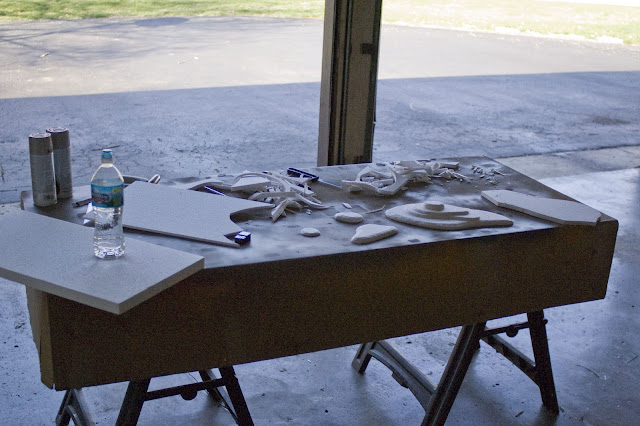 So I went to the local hobby store and picked up some high-density styrofoam sheets of the sort that model railroaders use for laying down track beds. I grabbed one each of the 1/4 inch, 1/2 inch, and 1 inch sheets. 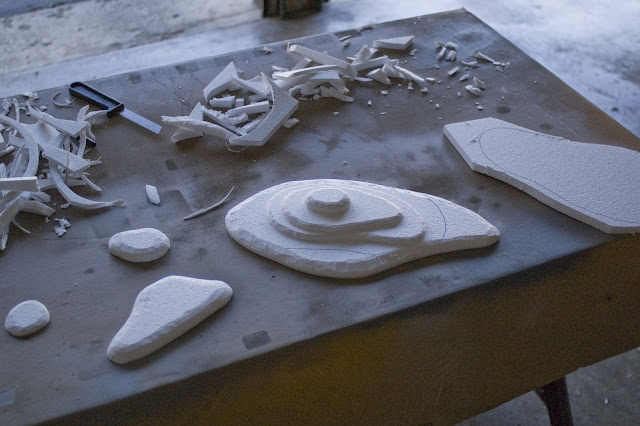 I'd expected to have more trouble cutting them cleanly, as I don't have one of those hot-wire cutters. But I did have a long razor-knife that originally came with a set of window blinds. It was included so that you could cut off whatever you didn't need from the end of the blinds.

It worked pretty well, as long as I cut in a sawing motion and didn't try to go too fast. I then used an X-Acto knife to clean up the edges. Whenever a blade started to get dull and tear the foam, I swapped it for a new one that would cut cleanly. 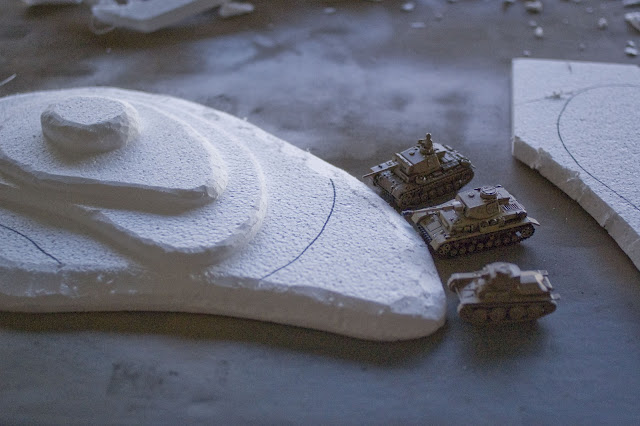 To test the scale, I pulled out some tanks. 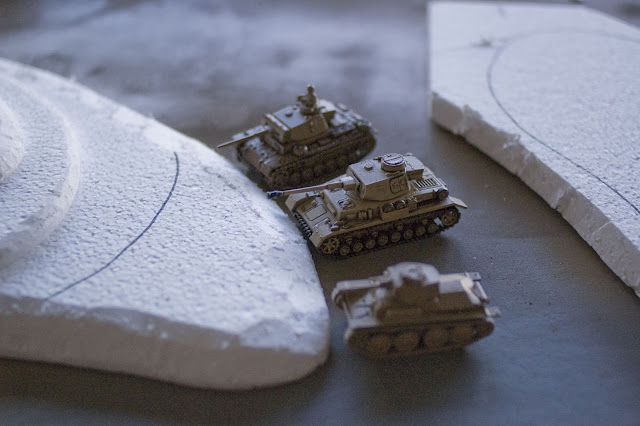 The 1/2" foam is perfect for hiding a tank hull-down behind it in a firing position. The 1" foam blocks everything but the commander's head on my PzIII. 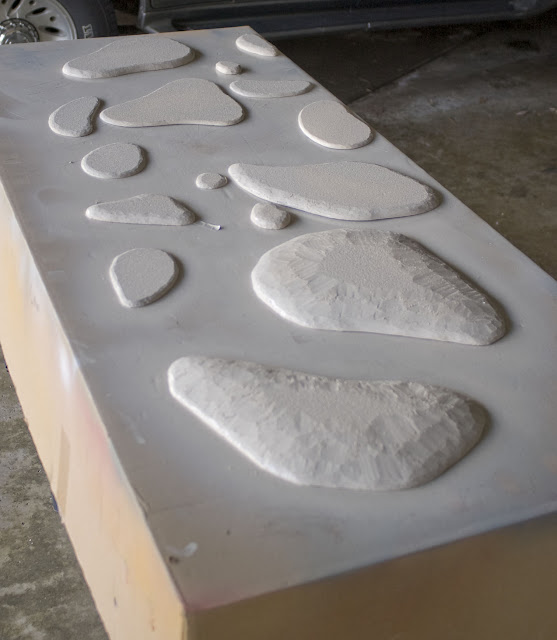 I cut the 1/4" and 1/2" foam into a variety of shapes that could be mixed and matched. I decided to shape the 1" foam more, so that the center of the mound would be higher (and more LOS blocking) than the edges.

Right now they've been painted with a tan-colored acrylic spray paint so that I can spray something different over them later without melting the foam. I'm going to see if I can find a textured paint in the right desert shade.
posted by SandWyrm at 12:31 AM