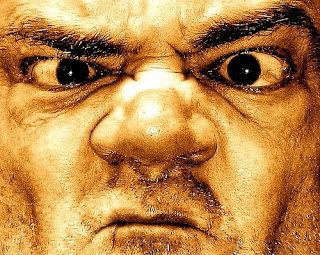 So there I was, actually interested in playing Warhammer Fantasy again with my old Dwarves. Then GW comes out with a $75.00 rulebook that's bigger/heavier than my Art History books in college were. No problem, I thought, I'll just wait for the boxed sets to hit this winter and pick up a mini-book for $10.00 or so off of ebay and then pick up the Dwarf Army book at the local store.

Then the FAQs got released...


It's not that I don't like the decisions that GW made. Heck, having been out of the game for 8+ years, I don't know what most of those changes mean. But the FAQs are full of "Ignore the last line of the 2nd paragraph" and "replace rule X with this rule Y, but keep sentence Z".

(sigh) And so the reality hits home. To play this game in 6 months, a year, or 3 years, you'll have to buy the official book for your army and then start crossing out sentences like an FBI redactor scanning through a FOIA request. If you're lucky (and I doubt we will be) GW will release a sticker sheet with the books that will allow you to cover over the old rules with the new ones in 5 minutes or less.

And, once you've done that, you'll have to make sure that the guy you're playing at the local store or (gasp!) a tourney will have properly redacted and updated THEIR book.

AND... how long will it take, with GW's normal army book release schedule, to totally update everyone and stop this nonsense? At least 5 years. Probably more like 10. With some armies not getting updates until after 9th Edition hits.

The Solution
Having started playing Fantasy back in the heady days of yore (1989), I remember a time when there were no individual army books. Just a single book called "Warhammer Armies" that contained the army lists for all the armies in the game together. Each army got a page or two of fluff and a list much like what we get now.

That's what we need now for both 40K and Fantasy.

Each year, GW could release a new Armies book with all the current updates included (and re-balanced) for that year in January. Imagine a spiral-bound (lays flat) army book that you could get new pages for from White Dwarf and you'll get an idea of where I'm going with this. Unwinding a spiral-bound book to insert new pages isn't hard at all. Some smart design could make it even easier. Making the army rules a free PDF download would also be a very smart move.

The introduction of new models, fluff, and rules could then be done in White Dwarf magazine, where it should have been done all along. Heck, we could have both "White Dwarf" and "Black Squat"to cater to Fantasy/LOTR and 40K separately. Which would allow GW to update more than one army each month with cool new toys.

Thoughts?
posted by SandWyrm at 3:05 PM