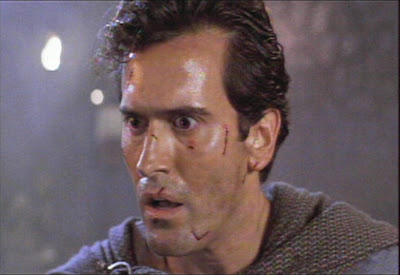 Mrs. Sandwyrm was feeling particularly generous tonight, so I got to head down to the North Store even though I'd already gone down to the South Store on Sunday. I didn't even have to ask, she just told me I could go. I love my wife!

Anyhow, I got there too late to grab a game with anyone else, so Gibbs (the store guy) agreed to play me with his Mech Eldar at 2K.

I apologize for not taking the pictures for a proper batrep, but I was pretty convinced that I'd be tabled by Turn 3. Gibbs had 6 Grav tanks (all with AP2 Weapons), and 2 units of Fire Dragons. Backing these up, he had 2 Dire Avenger Squads for capturing objectives (both with Farseers), and a unit of Banshees. He had some Pathfinders too, but he forgot to put them on the board.

We rolled up a Sieze Ground mission with 3 objectives and a Pitched Battle deployment. Gibbs won the roll to go first, but decided to make me go first instead, so I took the side with 2 of the 3 objectives on it.

I put Mephiston and a Sangpriest (not joined) in cover between the objectives on my side. The Speeders were in reserve, while everything else would deep-strike onto the table.

Gibbs put down two Wave Serpents, one with Dire Avengers on my left, and the other with Fire Dragons on my right. 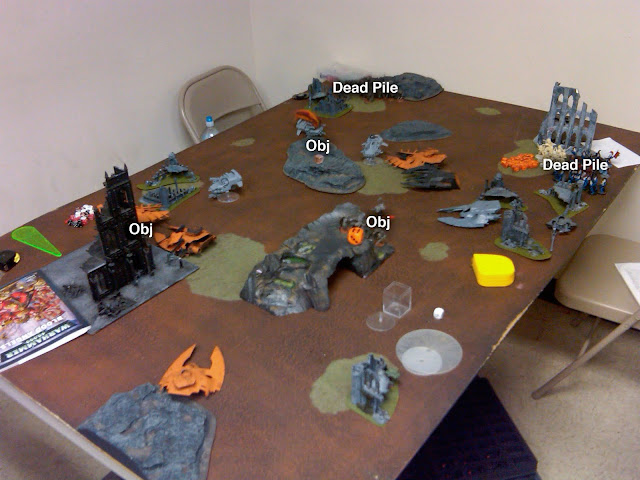 Gibbs has 2 units (both Serpents) left alive. One of those is an immobilized and weaponless hulk in the middle of the table, while the other is contesting an objective. I've still got 2 Speeders, Dante, a Sangpriest, and 2 squads of SangGuard left. 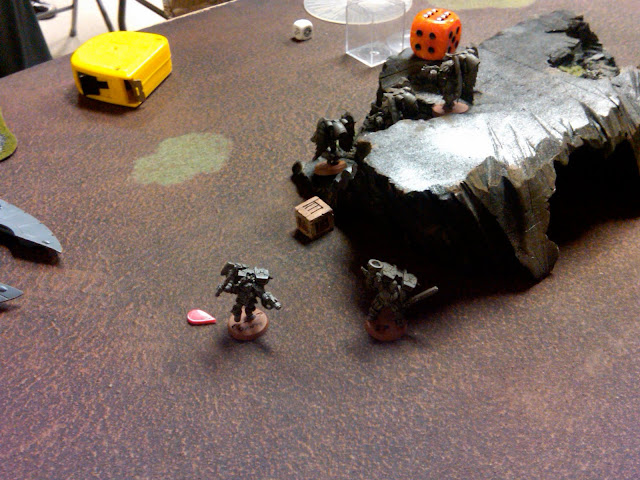 Dante and Company are holding the objective in the middle of the table. 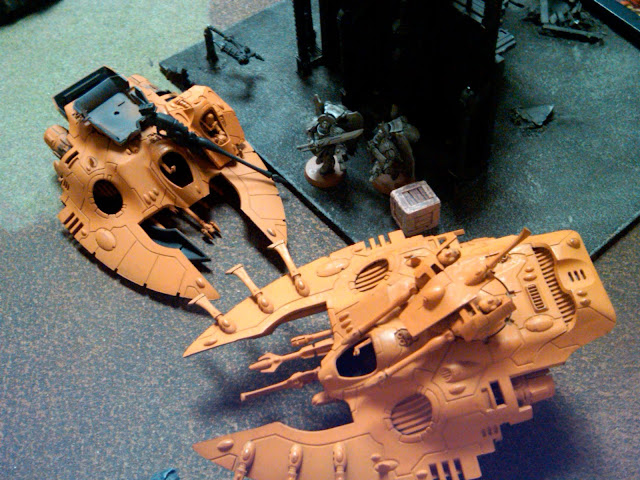 While the other squad is protecting the objective that Gibbs contested. The first tank to contest it was wrecked by their Infernus Pistols.

The first couple of turns were a little rough for me. Dante's squad and another SG squad dropped on a Serpent in turn 2, but spent all their firepower killing the Grav tank instead of killing the tank and then the shooting the Fire Dragons inside. So Gibbs killed 2 squads of SangGuard pretty quickly with his Dragons and other AP2 firepower, leaving Dante on his own.

But, once the rest of my troops came on I suddenly realized the pickle that the Eldar were in. In a tactical sense, I was faster than they were. As the only way to get out of my reach was for his skimmers to move flat out... away from the objectives.

With the 18" melta/charge threat from my troops, combined with the multi-meltas on the 3 speeders, there just wasn't any safe place for Gibbs to go. And in case you didn't know, Mephiston is fleet. He was able to fly out of cover, run, and assault a Grav tank that was 22" away. Nasty.

Once Gibbs' tanks started cracking, I mopped up quickly. Dante killed 2 squads all by himself.

The speeders also proved invaluable, killing 2 Grav tanks and torching the Banshees after they wiped out a SangGuard squad. People laugh at the Multi-Melta/Heavy Flamer combo, but I would never take any other.

So, it was a good game for the Emo-Wing. I feel a lot better now about the idea of facing mech armies.