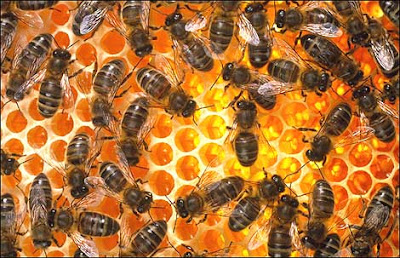 I got a call from Spaguatyrine that his scenarios are up for the tournament tomorrow. I told him I'd let everyone know what was coming down the pipes, and what to expect.
Spaguatyrine posted the info on his blog here:
Hive Fleet Indy Tournament Scenarios


no commentary here, as I haven't read through them completely. If you're too lazy to follow the link, and check out Spag's stuff, here's the info...

Turns: 6
Mission Special Rules:
*Infiltrate, Reserves, Deep Strike, etc.
*You may attempt to seize the initiative.
*Wiping out your opponent will count as an automatic Win. (Unless your opponent has assassinated all 6 of his targets of opportunity, which would be a draw).
*Any kill points not on the board due to being in reserves or leaving the table for any reason at the end of the game count as destroyed.
Your enemy is attempting to annihilate targets of opportunity. You must decide before you start the game which 5 target units will count as kill points. (Transports do not count as part of the unit for this mission unless chosen as one of the targets.

Roll off for first turn and deployment zone as normal. Prior to deployment, the first player will choose 5 of his units as Assassination Targets, which will be the only units that provide Kill Points during the game. One unit must be chosen from each Force Organization slot: 1 each of HQ, Troop, Elite, Heavy Support, and Fast Attack. If your army does not contain one of the possible selections, you may pick a second target from one of the other Force Organization slots, but no more than two may come from a single slot (unless is it entirely necessary). Dedicated Transports may be selected, counting as the Force Organization slot they were purchased for. Your opponent will then pick a unit from your list to be the sixth and final Assassination Target.

The player with the most Kill Points at the end of the game wins, with the same amount of Kill Points being a Draw.

NOTE: Players must take into consideration the final makeup of units that are able to make changes during deployment. Some examples: Wolf Guard, Combat Squads, Infantry Platoons merged, Hive Tyrant with Tyrant Guard, etc. In these cases common sense must be applied. TO will make final ruling for all situations.


Round 2: “Offense, Defense or No Fence”

Deployment: Short table sides pitched battle up to 24” from the short table edge

Mission Special Rules:
*Infiltrate, Reserves, Deep Strike, etc.
*You may attempt to seize the initiative.
*Wiping out your opponent will count as an automatic victory.


Round 3:“Give them nothing, but take from them, everything!!” Leonidas

Mission Special Rules:
*Infiltrate, Reserves, Deep Strike, etc.
*You may attempt to seize the initiative.
*Wiping out your opponent will count as an automatic Win.
Your enemy is attempting to seize vital objectives and steal your highest value unit on the board.

Roll for placing objectives first as normal. Place objectives one at a time rotating from 1st player to 2nd player following the rules in the Wh40K rule book. (More than 12” from any table edge and each other). The most expensive unit in point cost in each army automatically becomes the 6th objective. If 2 units are the same point cost, the owning player may choose. To claim this objective your opponent must destroy or kill the unit and have a scoring unit within 3” to claim as an objective as normal. This objective may be contested as normal as well. (Obviously you would not remove the vehicle, monstrous creature, or 1 model from the unit from the board as an objective marker is needed)

The player with the most objectives wins. The same number of objectives counts as a draw.

Email ThisBlogThis!Share to TwitterShare to FacebookShare to Pinterest
Labels: Tournaments