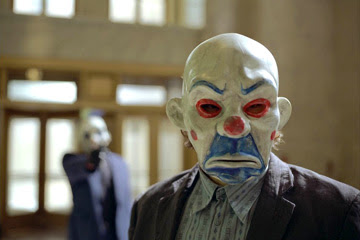 I'm most interested in the Henchman options that are in the new Grey Knight codex. Let's look at them:


(Disclaimer - This is from an incomplete test copy of the Codex we found on the net. So anything could change before release. Take this with salt!)

Feel No Pain, Strength 5, plus 5 attacks on the charge = nasty. Assassins are killier, but Arcos will live longer without support from Crusaders.

Priest-ish model with an Eviscerator. I see adding one of these to any unit that needs to defend itself from enemy walkers.

Human with a Power Weapon and Storm Shield. These guys are going to be spammed all over the place.

Yep, the orange monkeys form Rogue Trader are in there. Think of them as the Inquisition's version of the Chaos Obliterator. The BS is lower, but they get some nice bonuses to make up for it.

S4 Human with dual power weapons. I see these teaming up with Crusaders a lot.

Limit of 3 with heavy weapons. Multi-Melta or Heavy Bolter Servitors are 25 points cheaper than in the IG codex. Plasma Cannons cost 15 points less.

Get 5 of these, and you'll be throwing out an AP2 battlecannon blast in the Inquisition's version of the IG Psyker Battle squad. If you roll boxcars though, you'll lose all of them at once.

This is the one with the most options available. Though most people will probably take them with Storm Bolters, Meltas, or Plasmas.

Now let's look at some combinations:

Better than an IG Chimelta at 30/55 points less? Cool.

A flexible and very scary forward unit. My Sanguinary Guard just wet themselves. Add a mystic if you have Terminators in reserve.

For when those Nobs just HAVE to be dead. 36 Power Weapon attacks on the charge. 24 of those before Marines get to hit back.

5 bunkered Multi-Meltas with a 36" range? Cool! But you also have Lascannon and Plasma Cannon options if you need them.

That smoldering crater over there was your Terminators.
posted by SandWyrm at 7:05 PM