The Rules That Divide Us 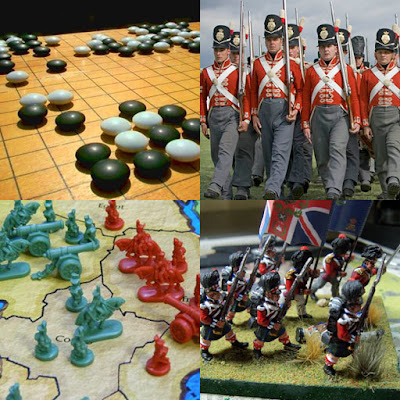 After reading this excellent article over at GDMNW, I realized something about 40K's casual/competitive divide that I hadn't ever thought about before. Maybe it's the actual rules themselves that contribute the most to this strange split in the player base. In that each group has very different reactions to 40K's inconsistent levels of abstraction. Come along while I explain.

First, a definition. What is abstraction?

Abstraction: The process or result of generalization by reducing the information content of a concept or an observable phenomenon, typically to retain only information which is relevant for a particular purpose.

Abstraction then, is the opposite of realism. It seeks to simplify and generalize, while realism embraces complexity and detail.

How does this apply to 40K? Well, any wargame is an abstraction of an actual battle. Real-life military wargames seek to stay as realistic as possible, while removing the actual death and destruction. So that they might practice actions against a real enemy. Miniature wargames like 40K remove the need to actually go outside or organize units of real people, while making fantastic elements possible. Games like Risk or Axis and Allies go further, generalizing an entire battle into a few dice rolls. Chess and Go are the extreme of abstraction, in that the moves and capabilities of the pieces bear little resemblance (apart from the philosophical) to what a real war would look and feel like. They are conflict boiled down to it's simplest essence, with all randomness removed.

Warhammer 40K is intended to enable fantastical Sci-Fi battles on a small unit scale. In the vein of a good war or action movie. It's a good bet that most of us came to this game seeking to re-create movie moments like those seen in Star Wars, Aliens, Chronicles of Riddick, Zulu, Apocalypse Now, Avatar, Lawrence of Arabia, or any number of other great films. The 28mm, or "Heroic" scale is meant to be much more up-close and personal than the scales used by the drier, more academic historical games. All the better to stimulate the imagination of the player.

It could be said then that 40K seeks to be fairly detailed. Each model represents a single person, organized into small units of 5-10 models. There are specific weapon types, and the level of interaction detail for each model is fairly high. It matters, for instance, what kind of rifles, grenades, or close-combat weapons a model uses. These things haven't been generalized in the way that a historical game might simply give a combat value to a base of 5 models that represent 10x that many troops. 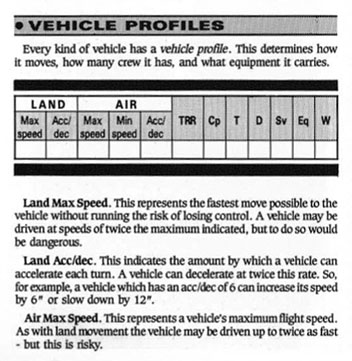 If you played 40K back in the Rogue Trader or 2nd Edition days, you'll remember a much more detailed game than we have now. For instance, there were more stats for each unit, grenades could be thrown, and heavy weapons teams could be split off from a squad as it moved to provide covering fire. You could build your own vehicles and robots too. But there were downsides to all this detail. In general, a game of a given points value had 30-50% fewer models, while taking 30-50% more time to play. 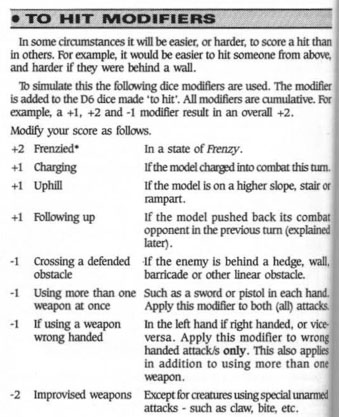 3rd Edition then, began the move to simplify a lot of the complexities of 40K. Grenades, for instance, stopped being blast templates that you could throw and instead could only be used in assaults, either as anti-tank weapons or to determine who attacks first. The 4 different psychological stats (Leadership, Intelligence, Cool, and Willpower) became one combined 'Leadership' stat that was used for all morale and psychic tests. To-Hit and save modifiers for all weapons were removed in favor of 'AP' values, and such forth. Cover became a  hard 4+ or 5+ save value instead of simply a save modifier. The to-hit charts for close combat were also simplified. 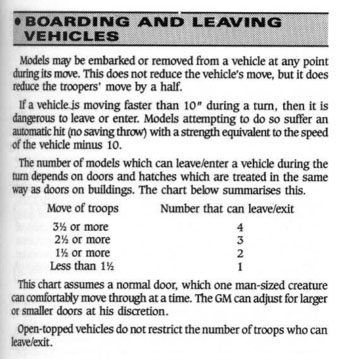 So in these days of 5th Edition 40K, we have a much speedier and more balanced game than 2nd Edition. Both in terms of the core rules and the various codexes that have been released. But a lot of older players still pine for older editions, particularly 2nd. Why?

It's all about the consistency of the abstraction.

There are games with simple, abstract rules, and games with complex, detailed rules. But in the best games, such as Axis and Allies, Epic 40K, and Space Hulk - the rules, once learned, fade into the background. Allowing you to concentrate on playing the game. There aren't any moments in Risk or Monopoly, for instance, where you're going "WTF!?! Why does it work that way?!?". Because the level of abstraction is consistent throughout. Not so in 40K.

When playing 40K, you're constantly teetering between rules that enforce more realism (True Line of Sight) and those that enforce abstraction (Wound Allocation, Cover). The transition between these can be jarring, particularly for new players. 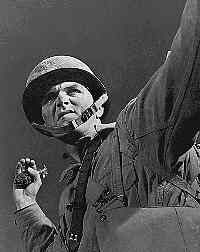 Think about it. In 5th Edition 40K, a grenade launcher is capable of throwing a small blast template up to 24" at an enemy. But a frag grenade carried by an infantry model can't be thrown 6" like a demolition charge can; it can only be used in assault. A squad, through the wound allocation mechanic, can soak up 2-3 times the number of wounds it normally would by simply giving every squad member unique equipment. A squad attacking a tank resolves it's hits against the rear of the vehicle instead of the side it's facing. A squad can't detach part of itself to hold an objective while the rest of the squad advances. Some Special Characters aren't 'Independent Characters' and therefore can't join units. To shoot at a unit, you use True Line of Sight to determine if you can see any part of it, but models are wounded and removed with no bearing as to who's visible to the firer and who isn't. Facing matters for a tank or walker, but not for an infantry model. Cover from firing through area terrain works differently for vehicles than it does for tanks or walkers. The list goes on.

Most of these rules changes make for a faster, more balanced game. But from an abstraction standpoint, it's a mess. Second Edition was a mess from a balance and speed standpoint, but it was the most consistent version of the game in terms of abstraction. Things worked in 2nd Edition much as you thought they should. Or at least more naturally than in later editions. 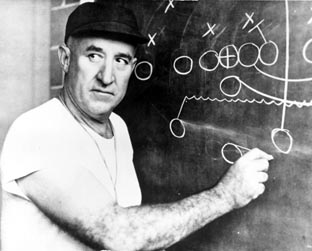 So, faced with an inconsistent level of abstraction in a game, how do different people react? Well, if you're a competitive player, you learn the rules anyway and play enough games that you don't notice the incongruities anymore. You may hate True Line of Sight or Wound Allocation, but you learn how to deal with them and move on. Those are the rules, after all. 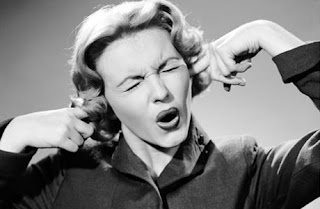 New or casual players, however, are very prone to simply ignoring a incongruent rule and making up their own, more consistent rule, to replace it. Or they'll mix editions, substituting rules from 2nd, 3rd, or 4th edition that they liked better. I know I did. I started playing during the changeover from 2nd to 3rd Edition, and we simply kept using grenades as thrown shooting weapons. Because it made no sense to us to do otherwise. Other people I've met just ignore wound allocation and remove any model they like. Or use the 4th edition cover rules because they're simpler to remember.

Which is fine if you only play in your basement among friends, but what happens when you want to play in a tournament or at the local game store? That's right, you're forced to confront all the things that you don't like about the game. All the areas of inconsistent abstraction that pop you out of the narrative and leave you scratching your head. Because that's the standard everyone has to play by. 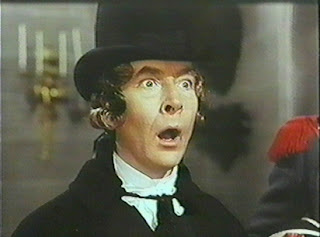 So, since you never did do wound allocation properly, you're shocked by how it can be used to toughen up a unit beyond what you thought was possible. You never did play cover properly, so you're surprised when your Dreadnought doesn't get it for simply standing in a wood. When you assaulted, you always just moved the whole unit straight forward instead of closest-to-closest and maintaining coherency. So you find that you're always out of position for the multi-charges you used to depend on.

Which is when the cries of "CHEESE!", "WAAC!" and "RULES LAWYER!" come out. Because the competitive players expect you to play by the rules they've already learned and adapted their tactics to. While the casual player keeps getting knocked out of their comfort zone by the inconsistent abstractions and blind-sided by tactical possibilities that they'd never considered. That's usually the point at which most will return to the comfort of their basement and the house rules that they're used to. Some do step up and become competitive players, but it can easily take 50+ games to really get comfortable with the rules to the point that you're not looking them up every single turn.

And that is the crux of the problem. What to do about it is another matter.
posted by SandWyrm at 9:14 PM