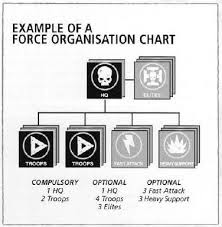 There have been a lot of things floating around about 6th... a few rules "quandaries" that seem extremely one-sided to me (of course, I'm a bit biased when it comes to my own opinions), and other shenanigans.  However, there is one thing that people are mussed about that I can do naught but stare and cock my head to the side... I was just reading a bit on 3++ (which I've recently come to enjoy) in answer to the idea that this new rule breaks the game (or at least can).  It was a devil's advocate piece, even though the author agreed that the double chart was unnecessary at best, and bad at worst.

This is hardly the first I've seen on the subject, and 99% (if not all) of what I've read has been criticism of the decision to implement this.

There's only one thing that I have to add to all of these discussions.

The rule is not new.


Let's take a little stroll down memory lane, shall we?

3rd edition rulebook, pg 131:
"... if you're playing a game of more than 2000 points a side you can simply field two or more 'armies' on each side, with a separate organization chart for each..."

4th edition rulebook, pg 78 - the listed amount at which a single FOC becomes 'limiting' is 2,500, stating that for large games you should also decide how many FOC's to use.

Yes, the points value at which you are allowed (read; expected) to take multiple charts has been set higher for a while, but it is not a new concept, nor is it really that far from what it has been in the past.

People seem at odds with the idea because of the "potential spam" from taking two primaries and two allied forces at 2k, allowing for a crazy mix of unit types.  If we assume useful units are taken, let's set an average of 150 points for the required HQ's and Troop choices.  You're looking, in this case, at 1500 points already spent.  A lot of scoring units and likely some nasty HQ baddies, but hardly a varied force with a spare 500 to go into any other slot.  It's a wall of rhinos/chimeras with dudes inside.  Tactically inspiring/challenging?  More often than not... no.

Let's cut back, as that's an extreme example.  Removing one allied detachment frees up 300 points, although that's still not a lot to spread around.  You're still looking at an army that's 60% basic guys.

Taking another route, what about simply opening up more slots for a single 2k force?  That is to say, forget allies and other weird combos - now you effectively have 6 elites/heavies/fast attack with a fairly minimal amount of legwork.

Is this really that scary?  Eldar Craftworlds did this all the time, allowing Fast, Elite, or other slots to be used as troops (how many non-biel tan Eldar did you see, aside from Black Guardian players?).

Marine chapter traits let you double up on Dreads, Heavies, and other options, depending on your builds.

People bemoaned the loss of these options from their respective codexes, but now that *everyone* can do it it's a problem?

There is something wrong with this picture. 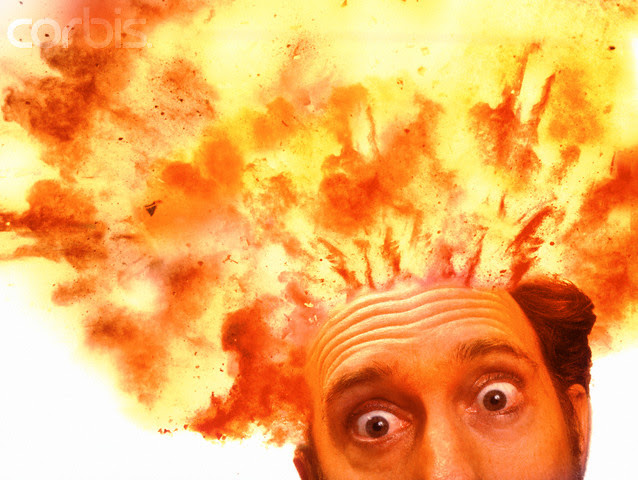 To set this to a more personal note, I can rant about how this effects Tyranids in the greater scheme of things.

Nobody gives love to the bugs.  That is to say, nobody will fight beside them (not even a little bit).  So this whole double force org thing is the only goodie we get from this particular package of parcels.
Kindly remember the bit above where if you try to throw in everything (double charts, lots of allies, etc) you quickly boil down to a lot of troops and 3 other units on the board.  Nids get around this opportunity cost by simply unlocking more slots at higher levels.

It's also worth noting that Tyranids have, for a while, had one of the most densely packed Elites sections that I know of.  Not that we have 47 different options, but rather that we have a fair slew of really good options, of which we only get 3.  Further of which, probably 2 needed to be Hive Guard because that's how we dealt with armor.

Now, not only do we have a multitude of different ways to deal with armor (well, enough, at any rate), but we have 6 slots to play with, which means I get to start looking at a lot of options that simply never made the cut because they weren't anti-tank.

Ymgarls are in my next 2k game, for the first time ever.  So are 3 units of Hive Guard, 6 total, to better split my fire.  And some walking Zoanthropes to support my chittering masses.  I could even throw in the Death Leaper if I decide one day that I need even better psych defense.

And, funnily enough, I don't have to change my list to do this, since I already ran 2 HQ's and 4 Troops at 2k.  Funny indeed.

You get allies, I get more goodies to deal with your allies.  I call it even.

posted by Anonymous Foodie at 5:39 PM