My DAKs Are Ready For Gencon!

Farmpunk is enjoying himself at Gencon today while I'm stuck at home doing a bunch of chores for Mrs. Sandwyrm (stupid weekend houseguests). But I'll be down there for all of the next two days. Tomorrow I'll be walking around and helping Able Kompanie run their big North Africa tank battle demo. While on Saturday I'll be playing in the Mid-War tournament. So, since I've gotten my painting done (GASP!) early, I thought I'd take a few pics of my 1625 German Panzer army and put them up for all to see. 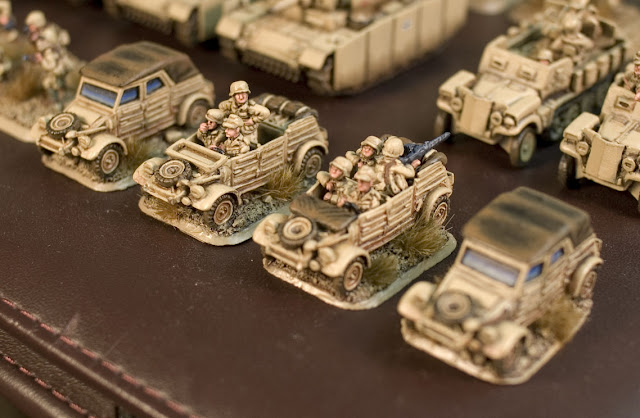 ...and the kübels they run around in.

I originally wasn't going to put any grass on these bases, but when looking at pictures of Tunisia, there's scrub like that everywhere. So since I had some handy I went ahead and added it. 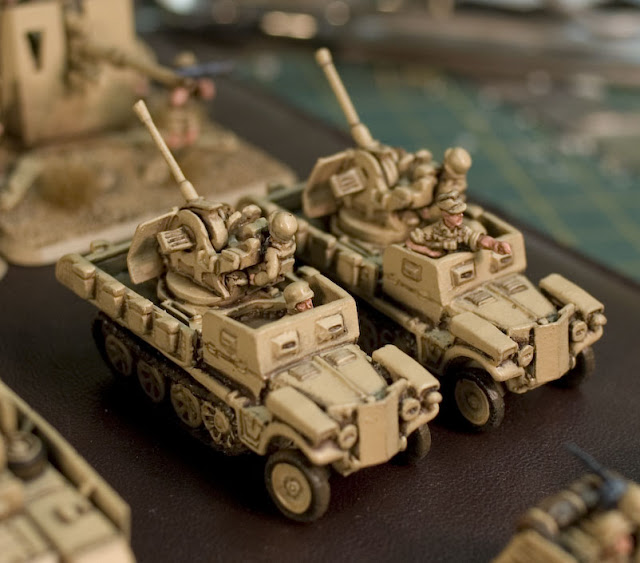 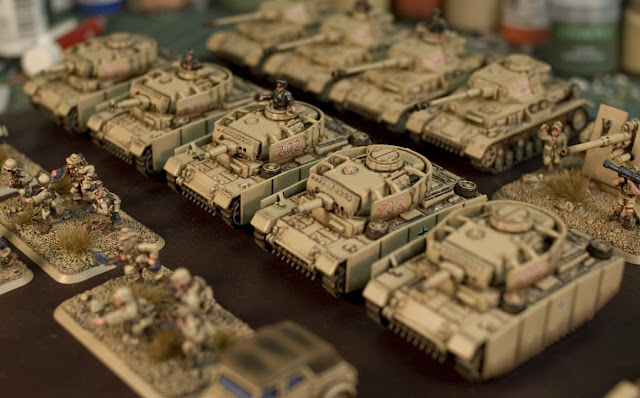 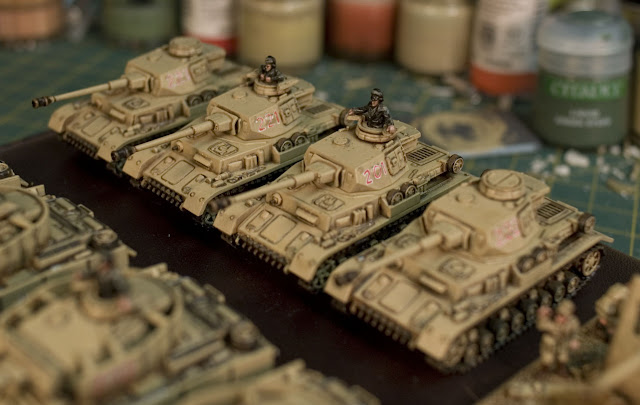 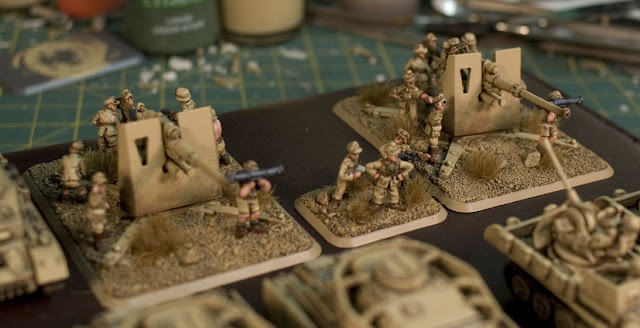 Here's my Acht-Achts that will be killing your tanks. 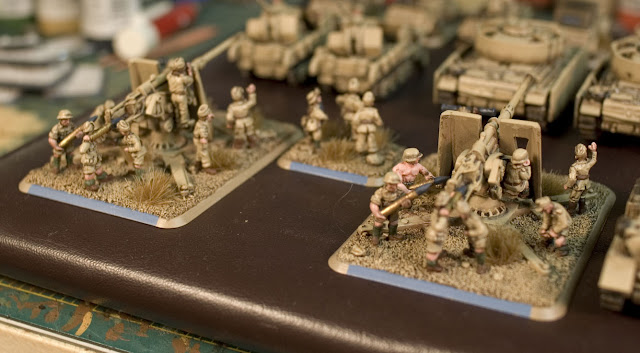 And a rear view. The blue on the back edges of the bases is so that my opponent (and I) can easily tell one platoon from another when more than one are close to each other. 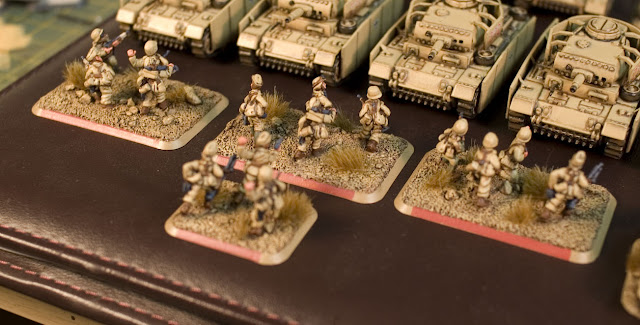 Such as when my Panzer Scouts are deployed around the 88's defensively.

Enjoy! I can't wait to get down there tomorrow!
posted by SandWyrm at 2:50 PM