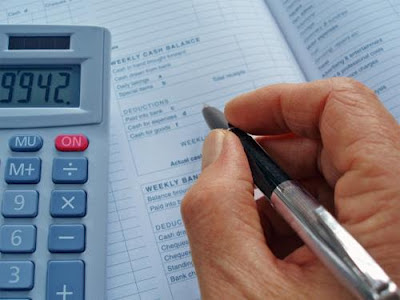 As I look through GW's financial statement, I am finding a few things that don't look quite as rosy as the summaries would have you believe. Let's have a look at one of them.

First up, profits before taxation. Here's the raw numbers (In thousands of Pounds):


And the chart for growth, based on the above:


Now let's compare that to the growth chart from yesterday...

Sales growth has all but stalled in the UK and Europe.

Looking at the growth chart again...


We can see that Europe has seen a decent increase in profits. Probably from cost cutting. North America is still the big winner for GW though.

Now, let's take what we've seen so far and look at it another way. We'll take all of the regional gains and combine them into one number that represents game and model sales worldwide. 'All Other Sales' is mostly licensing. So we'll just call it that.

'Product And Supply' could damn well be anything, or nothing. The description says that it includes costs of £116K related to the 'Digital Development Team'. Which to my mind should be under general development, as they're probably the ones who made the iPad Marine Codex. The fine print also indicates that some licensing costs got moved around between that category and 'All Other Sales'.

Presumably there could also be profits/costs in that category related to the sale of unused equipment, such as lead/pewter spin-casters that were replaced with the 'Finecast' resin-casting equipment that GW bought a year ago. Or sales/rental of warehouse space. In short, who knows? It's a vague category that's perfect for various shenanigans used to prop up other numbers.

So that said, where is GW getting it's increased profits from? Mostly from licensing and whatever shell games and activities fall under 'Product And Supply'. Boiled down, 93% of their profit growth in Game And Model Sales is coming from North America. Whereas the UK and Europe are mostly subsidizing Australia, Asia, and Exports.

Licensing is the big win, as I'm sure any Marvel Comics executive could tell you. They should double down on that. And Product And Supply? Who knows? Maybe it'll be the same next year, and maybe it won't. I wouldn't say that number is one that you should count on, as it's so variable by nature.


But in this report it's 49% of their stated growth, which has me a bit concerned. Because if that growth came from increased sales of product to customers, they would be sure to tell us. Since they aren't saying that, I have to assume that it's coming from one-off sales of inventory/facilities and other things that aren't core to the business. Or the shuffling of costs between units.

Which maybe explains why the dividend was cut this year, even though the numbers appear to be up when you look at the summaries.

Which is not to say that they're doing anything illegal, or that they're breaking accounting rules. I'm sure they aren't. But I do think that they're trying to... well not hide. Maybe obfuscate is a better word. But they don't want it to be obvious exactly where their newfound growth both is, and isn't, coming from.


Edit: Eriochrome had a very good comment that I wanted to append to the post. Since it has another (probably more correct) view on what the 'Product And Supply' category represents.

To understand the report you need to understand GW corporate structure as a partially vertically integrated manufacturer/retailer. Product and Supply is the side of the company the designs and produces the models. Their revenue is all internal as they sell the models to the sales department at something like 35-40% MSRP. Game/Models Sales then represents both the trade sales (at 55-60% MSRP) or Retail sales at (100% MSRP).

Now Revenue from Sale businesses (excluding Forge World/Black Library) was up about 5% but Production revenue was up more like 8%. This indicates that more shift from retail to trade sales. If you compare the Product+Supply/Sales Revenue for the past few years is goes from 41 %, 44%, 50, 51.5% in 2009,2010,2011, and 2012. This is the real trend that they do not want to talk about hence no discussion of profit differences between retail and trade.