Well, At Least I Got Best Painted! 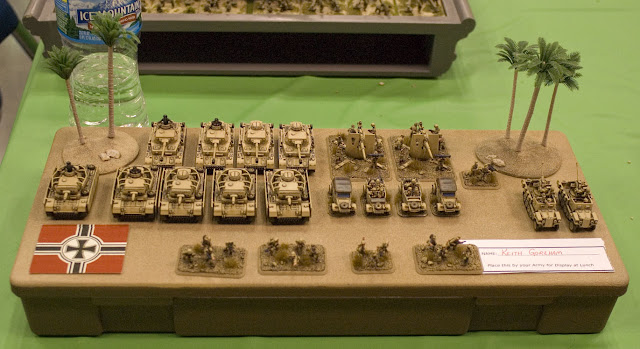 Farmpunk and I played in the Mid-War Flames tournament on Saturday at Gencon. Where I got the schooling I had expected to get at our last tournament. Lost all 3 games. Though the first and second losses were against the guys who came in first and second for best General. So at least I got beat by the best. :)

My dignity was salvaged by winning the Best Army award.  For which I got to take home 2 Panzer Blisters. Which, oddly enough, got me exactly the tanks I've been wanting to buy. :) 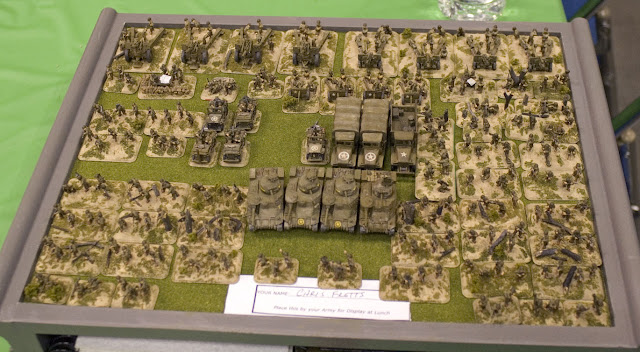 Here's the American Rifle army of Chris, the guy who beat me in round one and went on to get Best General. 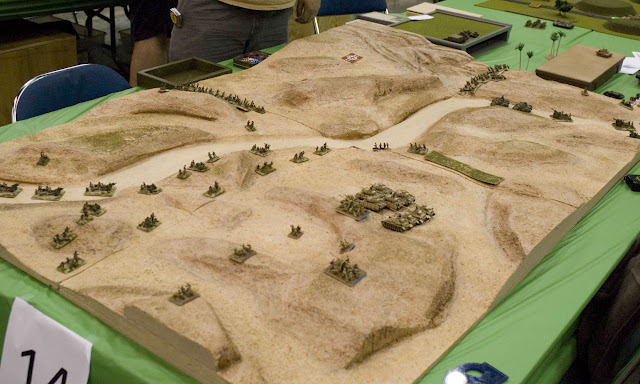 The table we played on was um... sub-optimal for tanks. But it sure did look pretty. I'll write up a Batrep later this week. 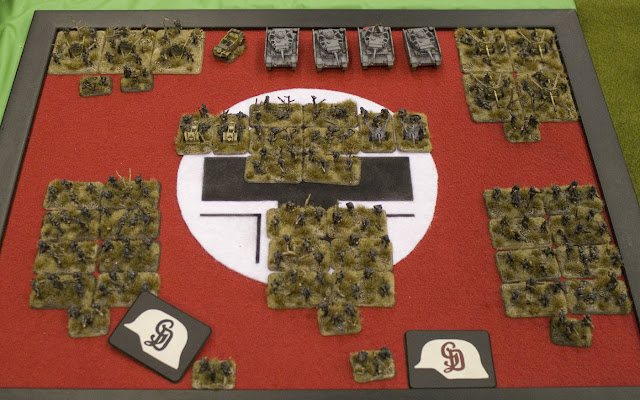 Here's the Panzergrenadier army of the third guy who beat me.

Here's some other pics from the Early War tourney on Friday: 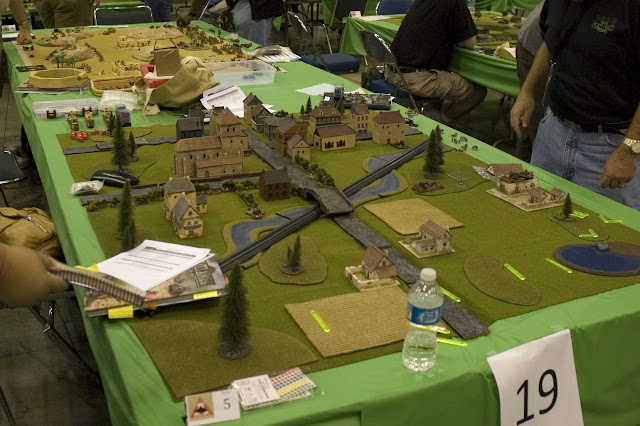 One of the players was running Poles with an Armored Train 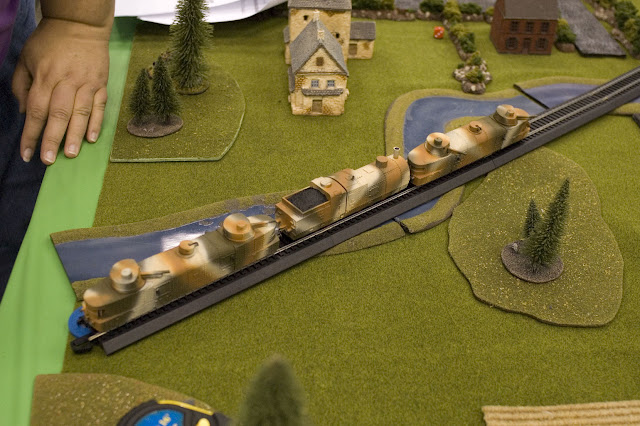 The train looked great, but the tables weren't very accommodating to the required laying down of the track. One 88 scored 3 hits on this train and blew up all 3 sections in one salvo BTW. 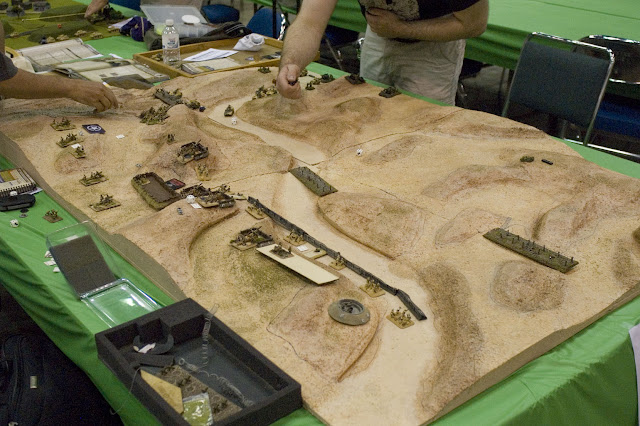 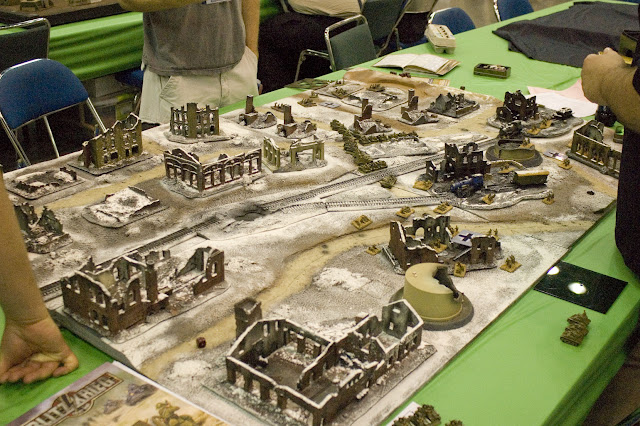 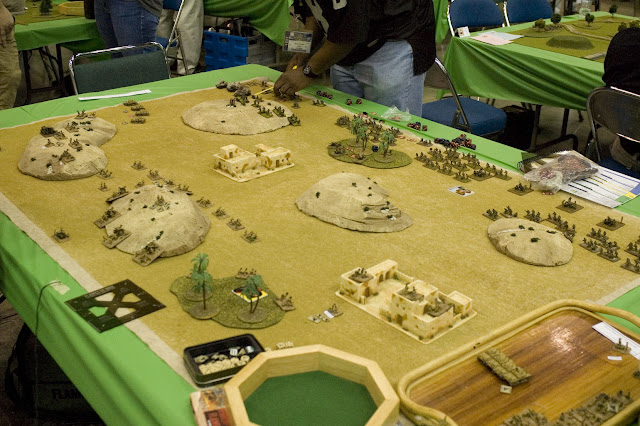 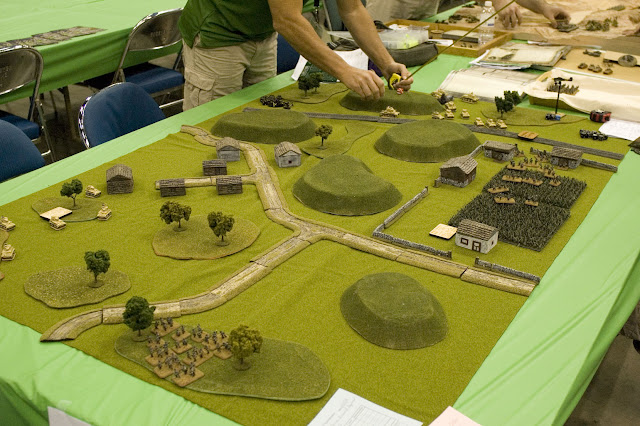 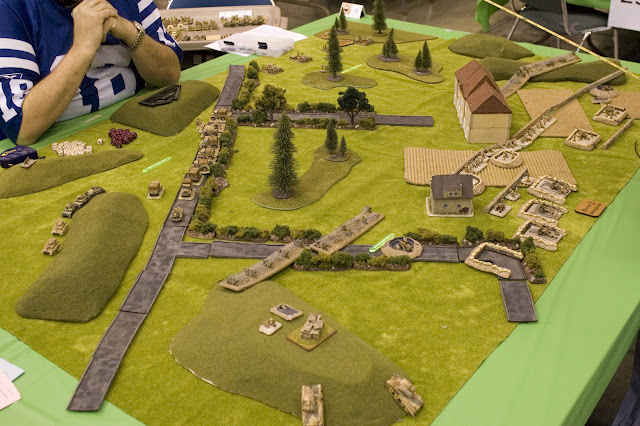