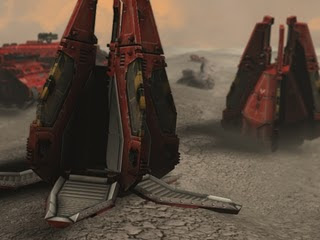 Well, a couple weeks ago was EvilTed/Archfiend's Birthday and we had an apocalypse game. It was my first apocalypse and it was an experience. I had a lot of fun, I killed orcs, and I saw titans in action. It was a  good day to play 40k. 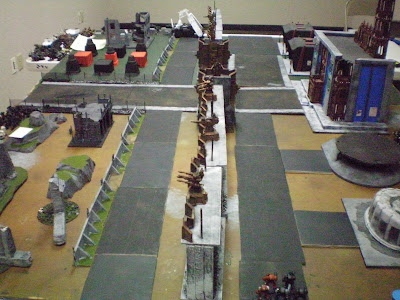 Our table was the walls protecting the city. Not that the walls ended up meaning for much. 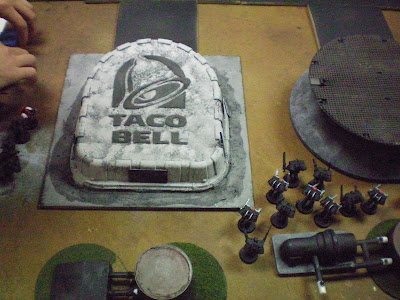 In the grim dark, there is only taco bell. 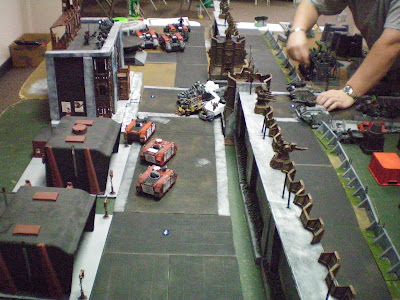 The orks had first turn, and rushed all of their vehicles through the gate way. Their infantry were in reserves and they revealed that they had the Tunnel special stratagem. So sewer drains and other pot holes opened up all over the city (see little gems) which would allow a good portion of orks to come in from them. 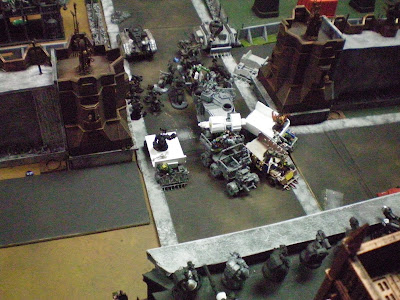 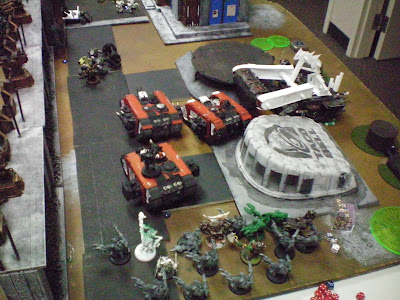 And the other person had "Forced march" which is out flank from any edge of your choice for all units in reserve. and yes, that is a squad of 15 warbosses coming up behind our land raiders. 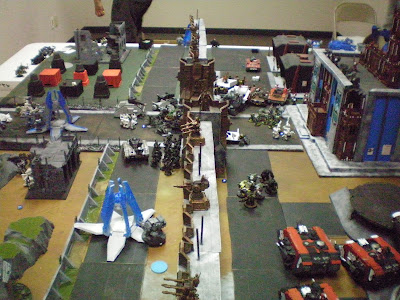 I kept my list pretty themed, and every single thing deepstrikes in. My first wave was a dread in a pod, and a sternguard squad that disrupted the shock attack guns and lootas. Basically by the end of turn 2, the wall was useless and my team mate was facing 6k worth of orks at point blank range.

Mean while on the other tables. 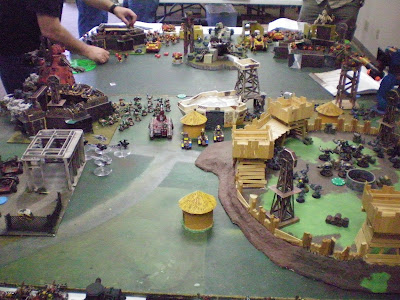 Orks were pressing onto the Space marines fronts. 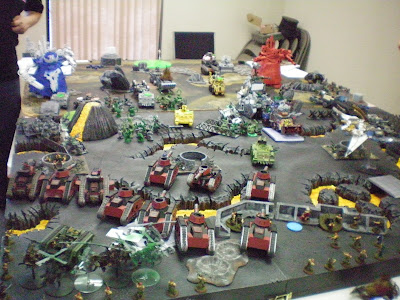 Guard and marines united to try and hold the orks off and use the terrain to their advantage. 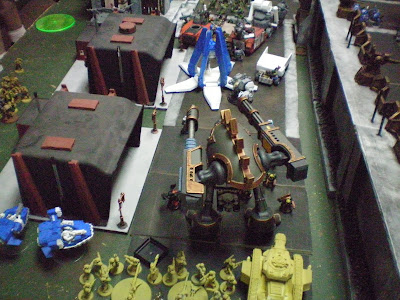 Lucky for us there were some reinforcements in route. A titan and some guard heavy fire helped to take out the majority of the Warbosses and keep the orks at bay. 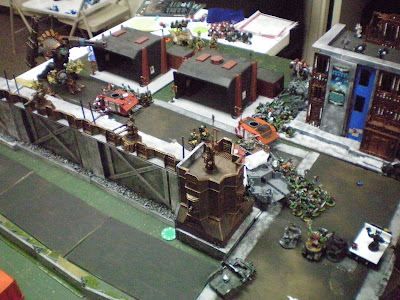 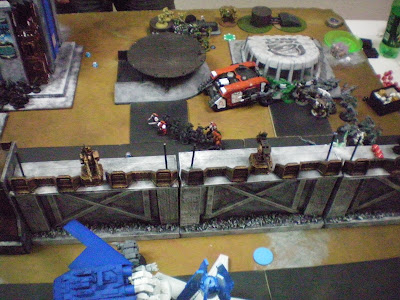 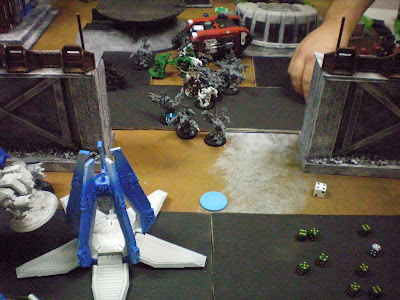 War bosses trying to escape the slaughter busted down the wall, only to find the Plasma Drakes had finally made planet fall.
While late for the fight, my Plasma drakes finally came in, on the wrong side of the wall. Hitting the orks in their back, clearing off the back objectives. 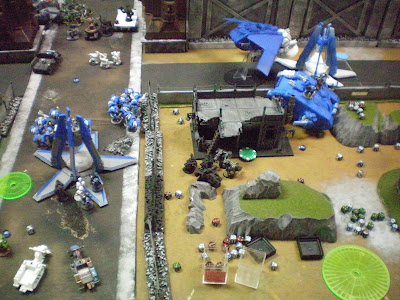 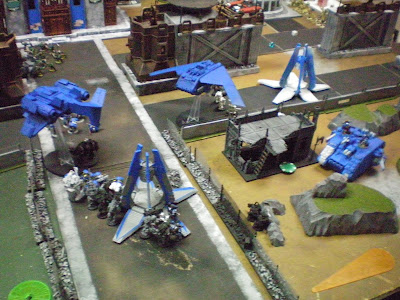 The locator beacons on the drop pods guided the vengeance of descent as a Redeemer full of death company, two Storm ravens with Furioso dreadnoughts and 30 Assault marines deep struck in.

At the end of the day, the Orks held one object each on the other two tables, and on our table, the IG held onto one objective, my space marine ally had rallied his remaining survivors onto another and the Plasma Drakes had cleared the xenos from 3 objectives and held them. Total casualties for the Plasma drakes? 5 sternguard and 7 assault marines. 12 of my marines died in the apocalypse game, I'd say that is a good day.
posted by TheGraveMind at 2:52 PM