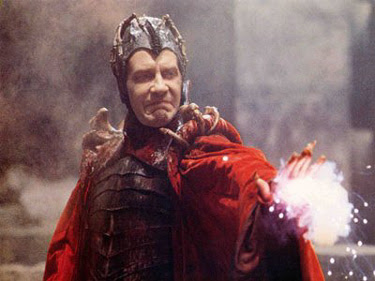 Here's some pictures of my Daemon Prince!

I'd had this guy sitting in a closet primed for several years and he was the first thing I worked on last spring after five years or so away from painting.  A few weeks after the "standard" paint job I started learning to play and putting together my army.  Of course, "Big Red" wasn't gonna cut it in a Nurgle army, so into the simple green and under the knife he went!

A couple blight drone inspired rotors and a whole bunch of green stuff later, I give you. . . Thraximus the Corpulent!

posted by Anonymous at 7:28 PM