Getting Ready For Adepticon: Wolves Or Knights? 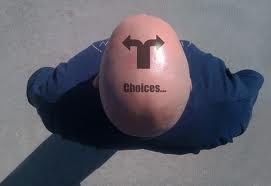 So Adepticon is less than a week away and I am second guessing my army list.   My original thought was space wolves as they are my best army overall at this point.   I also hadn't played in nearly three months until this past Saturday........................

With the Grey Knights being so tough, the Necrons gaining speed, Dark Eldar getting more and more players, and not playing much lately I am kind of torn.  On one hand my Space Wolves are battle tested at the highest level and performed fairly well, but the way I run my Grey Knights have been as effective if not better against all the new armies out there.  To play my Knights I would have to get some stuff painted quickly. I have a majority of what I need, but it isn't in as good a paint shape as the wolves. One pro to playing the space wolves is that they have all but disappeared in the last few tournaments I have seen, to include the Indy Open Grand Tournament I ran with having only 3 space wolves players.  As a lot of players have jumped to the Grey Knights that played space wolves, I have wanted to play both.  As I have stated in the past, when I have tested them against each other it is very close. Often the winner is determined by how many psychic powers the rune priest can block, and how many vehicles the longfangs can take out in the early rounds.

One con to playing the wolves is they are susceptible to Daemons and heavy mech lists.  Not guard but AV13 potentially like blood angels and necron spam. One Pro is the grey knights are strong and fit the way I play, fast, close combat assault oriented, good fire support, ability to manipulate board control, psychic powers and defense, etc.

One con in playing them is that there are so many people playing them, certain builds are tough against grey knights.  Heavy purifier lists eat me for breakfast. I would also have to go with a sub-par painted army compared to the wolves.

For the Team tournament I will be teaming up with an all-star cast of Hulksmash, Nick Nanavati, and Andrew Gonyo.  The army will look super sweet and deadly in the hands of 4 GT winners.  We are of course playing grey knights in the team tourney.  I look forward to playing with some great guys and having a blast.

What are your thoughts?
posted by Spaguatyrine at 8:30 PM