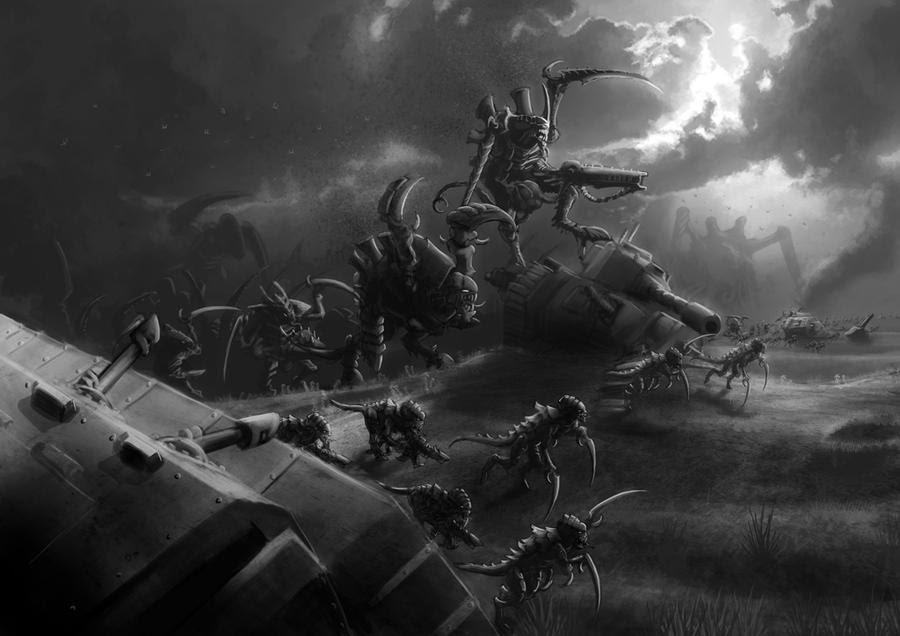 So here's the deal - I post my 2000 point, all-comer's Nid list, and you tell me how/why it fails at life.
2 Detachments, split as you please.

I've yet to play around with a Flyrant, but the concept is simple.  Fast, mean, deadly.  Even without new powers, smash attacks at I5 are going to gimp things (here's lookin' at you, space wolves).  A walker with Brainleech devourers could be a likely substitution - that 2+ is not to be ignored, and it adds some more mid-range pummeling.  I'd have to remodel my walker for that, but it's doable.  Could also add Old Adversary for a pretty nasty shooting bubble.

The Fex is likely to be on the chopping block - I'd love some fast attack in there (raveners or gargoyles), but I can't help but try him out in the new edition.  Having 4 MC's on the field is what I like to call a public relations nightmare.  Even if he gets dropped, though, it's still 3 MC's, 3 sets of Hive Guard, and 2 T4 multi-wound broods - you tell me where the missiles go first.

Ymgarls I have never used, but I think are starting to shine more than ever in this edition.  Stealers having a 5+ save never bothered me until I started taking shots during charge moves.  Not only does the 4+ help against most of these, but jumping up to T5 if you really need it is a massive boost against small arms fire.
They're also a (small) safegaurd against short-edge deployment.  I don't have to care if you're 36" away from me when I can start in your backfield.  More reliable reserves only helps, also.

See any glaring weakness?  Any units/tactics you wonder how I'd handle?  Plug away, and I'll answer as best I can.

posted by Anonymous Foodie at 10:39 PM