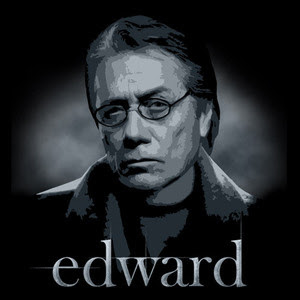 I've been asked about what I think of my Blood Angels in 6th. Here's the answer...

"As a blood angel player, how do you feel about the changes that affect them? I'll list the ones I can think of off hand...
Jump pack rules
Furious charge no longer giving +1 init
Sanguinary guard's weapons are only ap3
and the most important... Everyone with the Rage USR just became so much better."

I've been playing Flames of War all weekend at a tourney instead of studying the new rules in detail. So take this with a grain of salt. But from what Farmpunk and I have skimmed through so far, things look pretty good for my Sanguinary Guard army. Though not, maybe, for anyone that has to fight them.

If my Sang Priests don't give me +1 Init anymore on the charge, then there's absolutely no reason to take them. The FNP boost only adds a couple of percent to their overall durability. I only ever had them in the list to let me strike first against I4 power weapons. Because those are my bane.

But since all power weapons are AP3 in 6th, I'm actually much better off now. I'll get 2+ saves against them and with the new Assault system, I should be able to force Power Weapon saves on enemy models with Fists or Force Weapons and kill them before I have to worry about not getting saves. Only Terminators will give me fits, but that's no different than now. Except that I can use my mobility advantage to control who gets wounds allocated to them in close combat. Ok!

So I can save 165 points (and 2 KP) by not taking Priests and, with some list modifications... take another unit of Sanguinary Guard! Or bring some Tau allies and still have some Speeders in my list for contesting objectives. Or just bring more Speeders. It's all good.

I hear Space Wolves are doing well in the new rules, but I think that Blood Angel DOA lists may end up getting the biggest boost in effectiveness from them. We'll see. :)
posted by SandWyrm at 10:45 AM