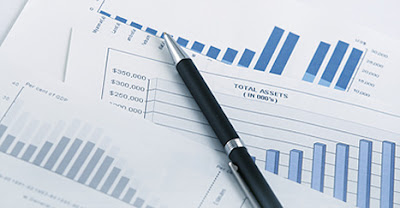 GW has posted it's year-end financials for 2012. If you were hoping for any sort of dip in their sales/profits, you won't find it here. The numbers look pretty strong. Expenses are down, and profits are up. Particularly in North America, which saw the greatest sales growth of all their regions.

Here's the link to the report:

Let's look at some of the numbers...


These are pretty solid growth numbers. Particularly compared to the last several years. I think we're seeing the effect of the management switch from Kirby to Wells as CEO.


I'm not sure what 'Export' represents, probably Forge World and other shipments from Britain to other countries. Since it seems to be wrapped into their other numbers elsewhere.

In terms of regions, North America is leading the pack.


The average price increase last year (not this year's, which will affect next year's financials) was 13.2%. So while GW's overall sales only increased 6.47% (Indicating a lower number of individual products sold overall), North American sales growth came pretty close to matching the price increase. It seems we like 'dem higher prices. Go figure.

Other Points Of Interest

They've added 24 employees to 'Design and Development'. Which will hopefully help speed up their anemic release schedule.

They made £546K from the appreciation of the US Dollar. If you deduct that from the North American Revenue, it knocks %1.63 off of the sales growth for a total of %10.8. Which still isn't a bad number. Of course they also lost £306K on the depreciation of the Euro.

Looking at the shares owned by major holders since last year, we can see that Nomad and Phoenix have reduced their stakes in the company. While Investec and Polar held firm.

That's it for now. I'll keep looking over the report and see if there's anything else interesting. But GW seems to be happy with where it's at financially. With the hobbit money coming in this year, things should be rosy for next year too, even if 40K/Fantasy sales drop due to overall dissatisfaction (if any) with those games.
posted by SandWyrm at 12:15 PM