Knocking Down The Flying Circus 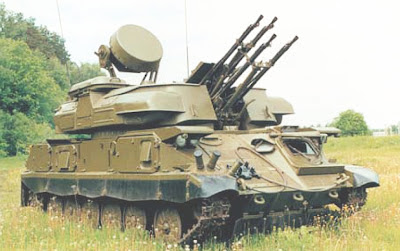 So Spag, who has been playing 6th all weekend, called today to get ideas on how to knock down a Fateweaver Flying Circus (We have a LOT of Daemon players around here.). Here's my solution:

I agree with Stelek that Hydras by themselves aren't going to cut it. As they represent a single-point-of-failure when fighting a Circus. So let's use all of the um... gifts... that GW has given us to solve this problem. You do have space left on the credit card after buying the new rulebook, right? Good thing Spag and I have most of this already. All I need to do is proxy a Quad Gun.

This Allied Detachment has been added into my Sang Guard list, but you'll get the idea. The Allies and Fortifications are 405 points in total.

First, convert yourselves some Hydras. Then give your extra wall sets to your favorite Tyrannid player. They'll need 'em.

Next, wall-off the center of your deployment zone with the Aegis and place the Hydras behind it on one side for 4+ cover (pay attention to how you assemble the wall during setup so they'll get 25% coverage, yes it can be done). Then put the Quad gun on the other side. The Vets+Primaris can go in the middle for 2+ cover, or in terrain on an objective somewhere. Don't try and shoot them, just keep their heads down. Their job is simply to sit tight while the rest of your army does it's thing.

According to Spag, flyers don't get actual saves that Fateweaver can re-roll. Just a 5+ that knocks them to the ground with a high-Str hit if they fail. You can then assault or shoot them on your terms.

BTW: If you buy all of this, you'd better hope Circuses don't fall out of style, get comp-banned, or nerfed by a FAQ later. If I was GW, I'd delay releasing the missile launcher upgrade costs to Skyfire too. Because the really desperate players will be buying solutions right now. :)