Aww Battlefront... Why'd You Go And Do That? 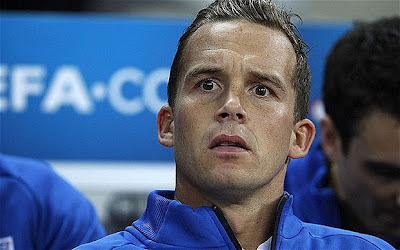 Given that I'm always comparing Battlefront to GW, and crowing about the lower price of playing their game, I would be remiss if I didn't comment on something Battlefront just did that I don't care for at all. Particularly as it will reduce what I saw as a healthy competition between manufacturers of Flames-compatable miniatures.


Now historically (so I'm told), Battlefront didn't have any sort of policy about who's WWII miniatures you brought to their events. The only thing the local vets I've talked with have told me is that if you win Best General or Best Painted at an official event with an army containing non-BF miniatures, you'll be given credit for the win, but no pictures of your army will be published by BF in any of their publications.

Fair enough. I can understand and accept that. It's their party.

But that enlightened policy, I'm sure, predated the rise of The Plastic Soldier Company and it's rapidly expanding catalog of REALLY low-cost releases. If I mail-order a box of 5 Panthers from PSC in England, it costs the same as 3 BF Panthers. If I buy them retail from my local store, it's only a little more than the cost of 2 BF tanks. At that price, who cares if BF's models are all unique sculpts with exacting detail? I can buy a bottle of liquid greenstuff to add my own Zimmerment to PSC's models and be quite happy with the result (I've even tested it).

So, while BF has been making great strides in improving it's resin quality (to justify it's higher prices), I'm sure PSC is cleaning their clock whenever they have a model available to substitute for a BF one. I wonder if their current policy of toleration is reaching it's limits because there's fewer winning armies that they can take photos of to promote their events and the game in general.

But Battlefront, instead of moving more lines to plastic to compete with PSC on price (which they should be able to do with their volumes), has decided to only allow BF models at their official BF-run events for the next tournament season.

Here's the relevant blurb, minus the list of official events:


The final change we are making is that from the new season all the events we run with will be only allowing Battlefront miniatures to be used. This is bound to cause some debate, so let me be clear as to why we have chosen to go down this path. Joe, Gareth and our events cost a great deal of money to run: a little over a quarter of a million American dollars this year alone. And, although it seems childish to draw a line in the sand and say, “If you want to play at our events and support the FOW hobby, you should not be bringing other people’s models along,” it is absolutely that simple. Our business is a business and we want Flames Of War to grow; we intend to give it the best support we can, but this support has a cost.


Ok, so they've made a business decision to do this. I can even understand it. But here's the problem:

They're not just cheaper, but (I believe) that they are of higher overall quality as well. I say this because I prefer to buy and work with plastic when I'm modeling stuff. I have a number of BF tanks and vehicles of various sorts and most of them have casting issues due to them being resin.

Yes, they're more 'detailed' than PSC stuff, with many unique bits on each sculpt. But many of my tanks, particularly my PzII's, are subtly (and not so subtly) warped and twisted in odd ways. While the plastic PSC tanks have nice, clean lines. The difference annoys me.

With PSC, I also don't have to deal with lead gun barrels and side-skirts that bend in transport and then break off or never quite get straight again when I try to bend them back; as happened to one of my AA half-tracks just last week. the only fix for that is going to be replacing the barrel with some brass rod and green-stuffing the flaring at the end. Not fun.

So Battlefront, I'm at an impasse. Overall I like your company. I really like your game. Contrary to my expectations, I even like your tournament system (mostly). But you're making me choose between buying what I consider to be an inferior product, or not attending any BF-run national events such as the ones at Adepticon.

If you remember, I broke down the cost of my 1625 Mid-War list not too long ago. Here's a recap:

And here's what it would be if you only buy Battlefront models:

So that same list (if you aspire to playing in future national events and not just local tournaments) will now cost you an additional $60.00. To change over my list by replacing my PSC Panzers with BF ones, it will cost me $112.50 (and the time to paint them). I'll have to decide if playing in the nationals is worth it. Right now, I'm not sure it is. At least for my current Mid-War collection that's already been bought and painted.

So rejoice, GW fans, in one very real strength of 40K. Since GW has given up on running it's own events, they can't dictate whose models you can bring to the big national tournaments anymore. It took time to come together, but I really do think that GW's ambivalence about running events did result in a superior tournament scene once the competitive community decided to step up and make it work properly. Maybe this policy change will enable an independent tournament scene to take root in the Flames community. We'll see, I guess. :)

BTW: CaulynDarr deserves credit for posting on this first. He's got an interesting thesis to consider too.

Edit: Here's a forum post someone saved an image of from last year. This is where the ruined expectations come from. John Paul is ex-GW and one of the founders of BF.

UPDATE: The policy has been revised to a >50% ratio of BF to Non-BF minis. Here's the statement:

"In all the years we have been in business we have had an open and honest policy about listening to our gamers and genuinely taking their views on board to the extent of sometimes changing our plans. We apologise for the confusion and angst our announcement has caused as it was never our intention. We did not see this change as a big problem as we were simply formalising something we already thought was existing practise, albeit informally.

In the interests of compromise and fairness to everybody’s opinion we will change the word “all” to “majority” (meaning over half) in the tournament rules for the 2013 season. Although we were not clear enough about this last week we did not consider die cast planes, scratch built models or objectives (assuming they are the right size), terrain or models we do not currently make to be covered by this. As is always the case, if you are unsure simply get in touch with your tournament organiser and clarify the situation but we are going to revert to the best option in all cases, common sense.

The new season rules take effect from the masters in December this year and only apply to the officially run Battlefront tournaments listed on our site. Independent tournaments are free to choose their own system, as they always have been.


One of the feedback ideas that did come back from our weekend conversations that we really liked was to also further reward people who came along with 100% Battlefront armies. This is an idea that we will definitely work on for the future.
We are committed to supporting and growing the Flames Of War hobby and want to invest more in the future, in events, the website and programs like the Rangers all of which we are happy to spend money on to provide this to you for free.
We want to thank our moderators for doing such a sterling job this weekend especially given they had no warning at all. We appreciate all the civil comments whether for or against. We feel that our compromise shows that we believed all views have merit. We hope this once again proves that we do listen.