It's been a while now, but many of us here at the Back 40k played in a team tournament hosted by the Hive Fleet Indy crew on the west side of town.

I have posted about the event on my own blog, indy40k, and you can check out the specifics there.

I wanted to talk about something that I touched on in my review of Game 3, and that's the scoring system for the tournament.  This tournament was a team format, but the scoring system has been used by standard tournaments (namely the one I ran back in June).  The teams were scored based on their win/loss record.  The tournament I ran allowed players to tie, but this tournament did not.  I don't think that makes a huge difference, but what this type of scoring does achieve is pretty substantial.  It allows players the freedom to play a fun game without having to utterly destroy their opponent.

In my 3rd game, I felt that my team completely outmatched the other team, who had much less experience and a worse army than we did.  Winning the game was something that was not going to be difficult.  But we could have a good time and not just table the other army because there was no need.  We joked around and had a good time, and made sure that the mission objective was met at the end.  We all had models left on the table, including the young Necron player who had a trio of Penitent Engines rampaging through his force with almost no way of causing damage to them.

I'll leave you with some pictures of other armies from the tournament (click on the image to see a larger version). 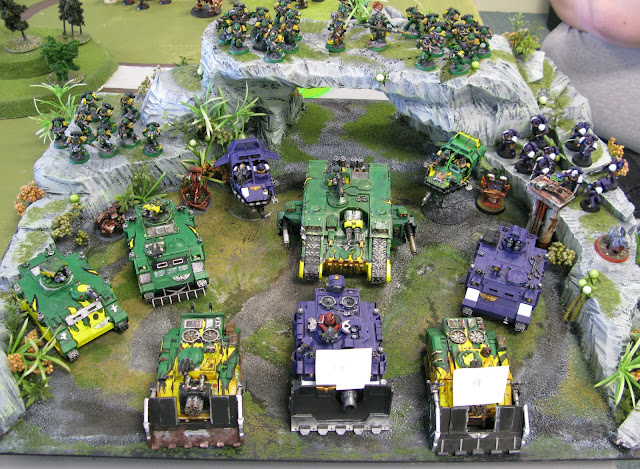 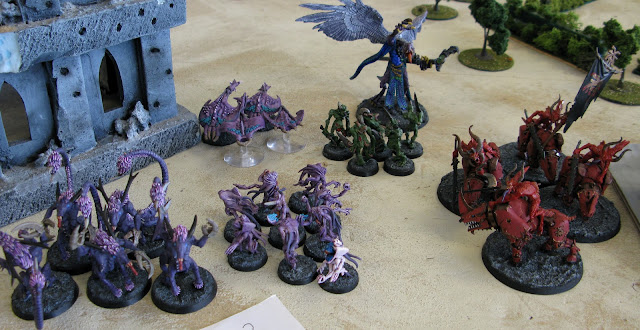 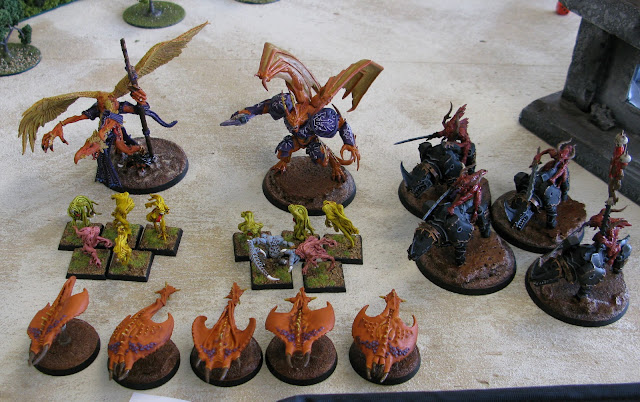 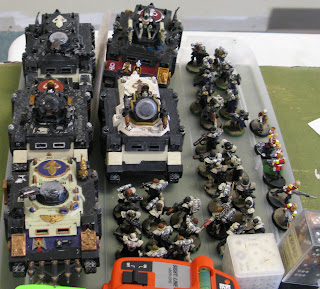 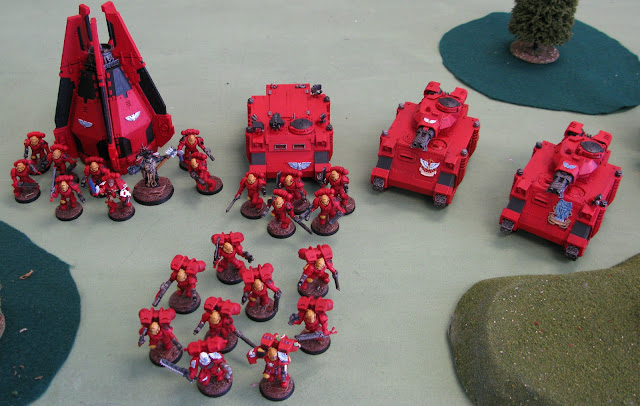 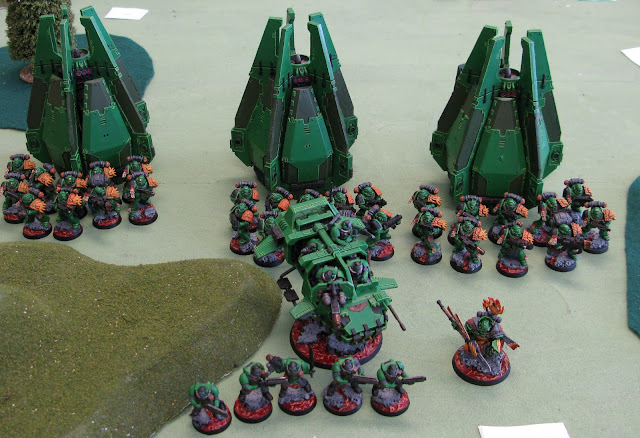