The Universe Has Been Canceled 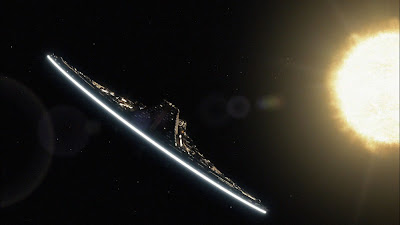 I'm still not quite sure what I think of the show. I got what they were trying to do with the drama and the story arc, I really did. And it wasn't a bad plan, I wanted to see it come together. But I just don't think the show's creators executed the plan very well. They unfolded things too slowly, for one. Then they overplayed the drama and jumped the Shark once, almost recovered, and then WENT AND DID IT AGAIN.

That last jump was the killer, when I knew they were finished. There have been some fantastic episodes since, but nothing they did was going to matter after that stinker. Especially given the crap time slot that SyFy stuck them in. It was fail all around.

But anyway, after a few more episodes in the spring it'll be gone. The tragedy is that Syfy and the show's creators bailed on a less expensive, more highly rated show (Atlantis) to try and milk Galactica's success with this one.

Thanks for nothing guys.
posted by SandWyrm at 9:07 PM