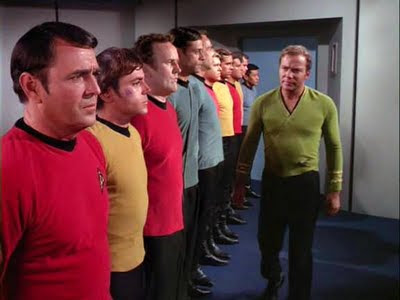 This is the final post in this series. You can find Part I here, and Part 2 here.

Yes, you will. Get over it. That's what it takes to do a proper competitive event. So either do enough rounds for an overall winner, or reward all of your undefeated players equally at the end of the day.

Objection 8: How Do You Handle Ties Within A Game?

You do everything possible to make sure that a game can't be tied.

As an example: You design a capture and control mission with 3 objectives instead of 2, to discourage ties on the primary. As a secondary, you use table quarters. As the tertiary, you go with straight victory points.

The point is to design the mission to reduce the likelihood of ties. GW's default missions encourage ties, but that's not what you want at a competitive event.

Objection 9: You're One Of Those "Every Kid Gets A Trophy" Types, Aren't You?

Absolutely not. Having a single undefeated winner at the end of the day is my preferred outcome. But if that's not possible then I consider it the lesser evil to simply reward all of the undefeated players instead of ranking them by luck-of-the-draw. To me, that destroys the competitive credibility of the event.

Objection 10: Tournaments Shouldn't Have To Cater To New Players.

Simple question: If we don't look after the new players, where will we get the good competitive players of tomorrow? If we beat all the baby seals senseless, who will help us grow the hobby?

Seriously, read the article and all it's comments. Notice the butt-hurt? THAT's what happens when newbies get mercilessly crushed at tournaments. A large percentage of them will never come back. Many of those that never come back will also become vehemently anti-tourney. So much so that they will bad-mouth all competitive events. Driving new people away from both Tournaments and the hobby itself.

Objection 12: People Who Don't Win In The First Few Rounds Will Just Leave!

At the 'Ard Boyz Semi-finals that I attended this year, a third to one-half of the players left before the final round. Why? Because only the first place player got the free army. There were no other prizes except 2nd and 3rd place tickets to the finals in Chicago. Where the prizes (for some unfathomable reason) aren't nearly as good as in the Semis. So anyone who didn't pull one-sided seal beatings for their first 2 rounds had no real incentive to stay.

To counter this, tournaments (of all kinds) should offer other prizes in addition to the one for Best General. MVBrandt's example with the NOVA is a good one. He gave out a best overall (Renaissance Man), as well as a lot of random door prizes. Tickets for those random prizes were given out according to game results. Losers got more tickets, and therefore more chances to walk away with something at the end of the day.


Hence, even losers have a reason to stick around.
posted by SandWyrm at 9:55 PM