Grey Knights: Crowe and purifiers; Better than I expected! 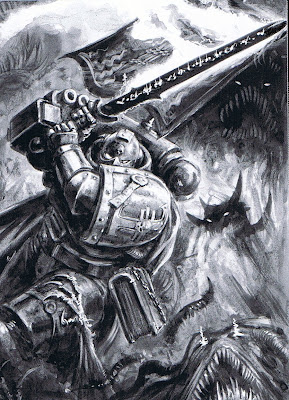 I decided to play a game with Crowe and some purifiers to help out a friend in testing his army.  I was pretty sure I was going to get toasted while going 2nd against a nasty guard army...


The game was pitched battle with 5 objectives.  I played against a guard army that had a ton of firepower.  The things that surprised me the most where:

The amount of penetrations on AV12 with the psycannons. This 2000 list had 14 psycannons. 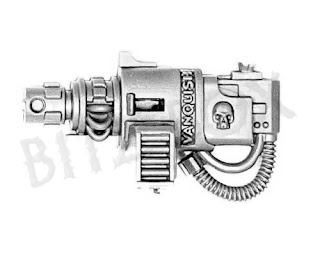 The flexibility of  41 grey knights.  Against guard templates from Leman Russ battle cannons and demolishers they did better than expected.

Having the 4 razorbacks was a major key to the success of the army.  Even though all three TLAss Cans were destroyed or wrecked, they provided cover from incoming fire, and moved the army closer to the guard line.

The Psyflemen dread was also only targeted once because of all the other priorities the guard player had to deal with.  Which of course meant he did a great job. 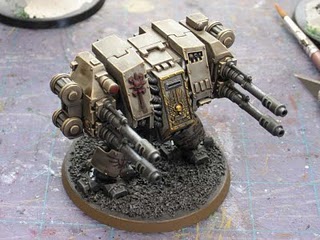 Being fearless was also a key to victory as not having to roll for leadership checks meant I was able to stay in his face.

Using the 3 servo skulls to drop strike squads on my objectives and the center objective worked incredibly well.  I combat squadded them each with a psycannon.  They dropped and shot the psycannon doing great damage and they were close enough to get to my objectives.

What I wasn't too happy about:

Dreadknight with teleporter who died way too easily to lascannon fire.  The teleporter helped me shunt close to the enemy, but all he did was blow up 1 chimera. Just plain ehh!  I like another dread instead.

The plasma cannon servitors did blow up a chimera, but I am not sure if there 60 points are worth it yet.

Assault Cannon Dread.  In the past he has done well, but died to torrents of  meltas.


At first when I thought and read of others playing crowe I was not excited about what he could and couldn't do, but the power and flexibility of the purifiers just make the list enjoyable and fun to play.  I will change some things around with the list to make it more optimal in the future.

Have you played against crowe?

Have you or do you play crowe?

What success have you had with him?

Any tricks or tips in using crowe? 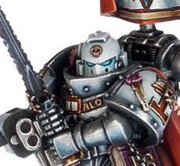 posted by Spaguatyrine at 7:41 AM