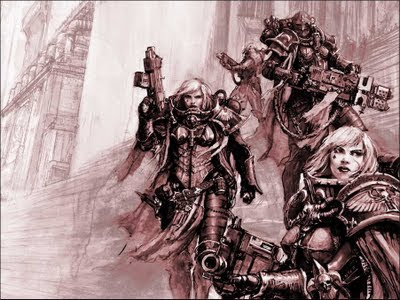 I've been trying hard not to look at the rumors for My beloved Sisters of battle. I know they're leaking out there, and I know Heresy Online's got some rumors stewing, and Warseer's got rumors simmering, and TastyTaste's been working on rounding up the rumors. (Which I'm glad, I don't really want to waste my time on the speculation.)

but the rumors have gotten my panties in a bunch. Some changes are rumored to be made that will change the playstyle of the army. (besides losing Inducted IG)

Currently Sisters function nicely as a Mech Infantry army. I sprinkle in some Inducted Guard for long range support, but that's not needed. The piece de resistance currently is the Immolator for transporting small units, and the Inducted IG chimera. 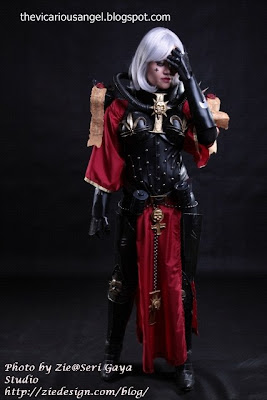 The Immolator has 1 firepoint (which under current WitchHunters codex allows for 1 person to fire out, if you moved up to 6") The Immo is also allowed to move 12" and still fire it's twin-linked Heavy flamer turret. (which is very nice.) It's built off the Rhino chassis, so Front and Side armors are 11.
The IG chimera... is well, the all-star IG Chimera. 5 people can fire out the top, and it packs a Multilaser turret, and a hull Heavy Flamer (mine have Hull Hflamers). Being a Chimera, it's sporting 12 Front, and 10 side armor.

These, along with the Rhino (except the WH rhino only allows 1 person to fire, unlike the SM version) provide a nice base of transports to work with. (the Immolator and Rhino are both about 15pts more expensive than their Space Marine counterparts, but Extra armor is cheap.)

so aside from the point cost uphill, you've got some dependable transports. 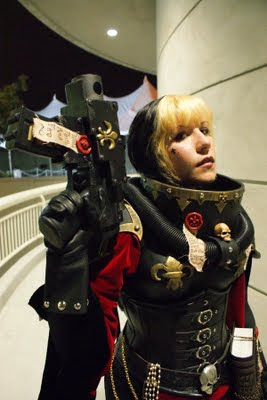 Then comes the faith, which is currently the only REAL advantage Sisters have over playing Space Marines (I'm looking at you specifically, Blood Angels)
Faith is currently divided up among offensive powers, and defensive powers.
Offensive (roll under or equal to squad size on 2d6) powers would be things like Divine guidance (rending shooting, or CC on a 6), Hand of the Emperor (+2 Str, Init drops to 1), The Passion (+2 init)
Defensive (roll over or equal to squad size on 2d6) powers are Light of the Emperor (makes unit Fearless, they auto regroup) and the ever popular Spirit of the Martyr (unit gains an invul save equal to it's armor save for the turn)

As SandWyrm can tell you shrewd use of the abilities can turn the tide of a game, making the Sisters turn from IG vets in power armor, into Mean Marines light. 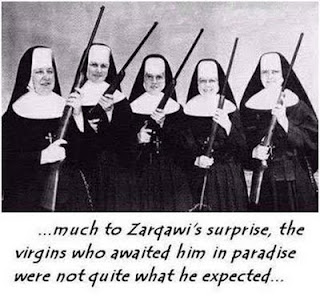 I wanna see the next WD issue to really see how bad they're going to change Sisters. From the rumors, they're making faith unit or character specific, and no matter what size army you play (500pts or 2500pts) you still only get a d6 faith points a turn. That really makes me want to play a faith army. *cough* I suppose it's more faith overall than I have currently, but it's much harder to budget your faith. I'm a bit disappointed in the changes to the faith powers and with Shield of Faith (a 6+ invul? really?, I think I'd rather have the 5+ vs psychic attacks)

Taking the 12" move away from Immos will be bad, even if they knock it down to 55pts, and take away the firing port. moving 6" to fire the TL Hflamers? eh. I'd much rather have a rhino with a squad inside that can shoot out. Maybe they're going to push the new repressor kit that's rumored.

I get that it's a White Dwarf Band-Aid type codex, probably kinda like what the Blood Angels got in the Way-back, before they got their awesomesauce pants codex. It's not going to have all the shiny's of a real codex. I also remember how BA players moaned at their WD codex. I didn't think it was horrible. It did close some of the abusive loopholes for 5 man las/plas squads and maxing out the number of squads to get more free Death Company. IT also gave them some newer tools. Then they got their really good codex for waiting.

I'm hoping Sisters get a decent deal on the WD, and awesome new codex at the dawn of 6th.

or...
I can do what all the marine players have already figured out (with the release of Space wolves (we can do everything you can do better, and in wintergreen), and Blood angels (we like to go fast, and get FnP)) and play counts-as... 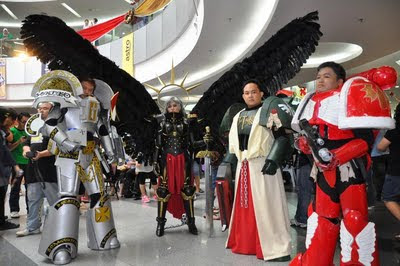 counts as using sisters?
What would that even be?

Blood angels are able to do Mech infantry with flamers and melta better than the army that's SUPPOSED to use flame and melta weapons. (and pretty much that's all sisters are ALLOWED to take, except for plasma pistols)


oh, there are plenty of good reasons to run Sisters 'counts as' Blood angels. Think of how many Space Marine flavor of the Month players you'll piss off.
Then, you too can pick which codex you want to play out of my fellow Sisters of Battle players.

the sub-par Sisters of Battle White Dwarf? Or what you really want to play...
Sisters of Blood.
posted by Farmpunk at 7:00 AM