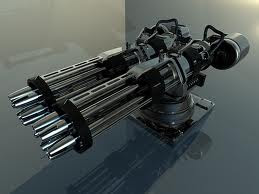 With the increased melta meta game light armored transports have taken over the 40k battlefield instead of heavy armored Landraiders.   This goes to question which Razorback is the best option?
Is it....

The base Razorback is 40 points for most armies.  It comes with the Twin Linked Heavy Bolter which I think is very underrated in its use. The twin linked heavy bolter is Str 5, twin linked, AP 4, 3 shot gun. This is great vs anything with Armor 4+ as it pretty much kills them without saves.  It also works mildly well against AV 10.  It is not the greatest choice but does provide a great 40 point vehicle in my opinion. But it is not even close to the other options in choice of anti-tank, and killing power.

The costs of the following Heavy Razorback Weapons is an additional 35 points almost doubling the cost of the Razorback. To pay for them an important choice must be made. Is it worth the cost? 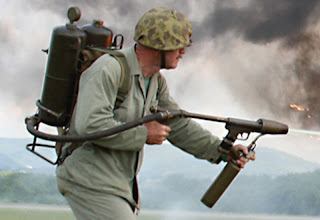 The benefits of a Twin Linked Heavy flamer is invaluable against Guard, Orcs, Tyranids, Scouts, etc, but I just cannot see using this variant with any army except maybe blood angles who get fast razorbacks.  35 points is alot for this 1 template vehicle.   If you are using a ton of Razorbacks I could see having maybe 1, but otherwise this is not the best option. I would rate this weapon the worst option to use at 5th place. 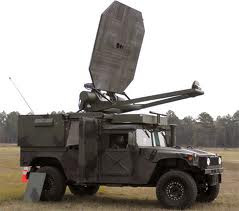 Lascannons are always awesome. The twin linked lascannon is a strength 9, AP2, 1 Shot but twin linked, 48" range weapon that is capable of cracking any armor, but best at AV 10-13.  The lascannon is great at sniping Independent characters or models who happen to be alone by themselves.  They excel at taking out speeders, and other AV 10 vehicles.  The issue with this vehicle is that you only get 1 shot. Only 1 damage result against the vehicle damage chart will not always wreck a vehicle.  One dead person in a unit will not always make a difference.  A weapon destroyed result ensures this vehicle is useless as with the other options.  I would rate this choice the 4th option to take because of the 1 shot ability that just doesn't make that much of a difference.

See above. I would rate this weapon 3rd best for the point cost and what you can do with it. This vehicle will also not be targeted as much in your army causing it to last longer and therefore be more valuable. This weapon is Strength 6 with Rending, AP4, 24" Range, Twin Linked, 4 Shot beast. This weapon is good at pretty much everything. Great at glancing light armored vehicles such as AV 10, 11. Ok at AV 12, 13, and even has the ability to penetrate AV 14. It is great at anti infantry as 4 strength 6 shots that are twin linked will cause wounds and rend a good portion of the time. The only issue with the twin linked assault cannon is the 24" range. This being said this type of razorback is named exactly for what its purpose is: Assault based. If you are using is mid field, or to get in close and provide fire support for other assault units then this is your guy. I would rate this as the 2nd best option to use as a Razorback weapon. Now I will put this disclaimer if you are using a heavy assault force, the Twin Linked Assault Cannon Razorback could be the best option for you. 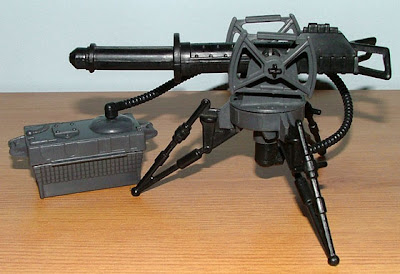 This Weapon is a dual weapon and has the only option of getting a weapon destroyed result and still having a useful weapon. This has a lascannon as mentioned above but a single shot, and a twin linked plasma cannon which is 24" range, 1 shot if 12" to 24" and 2 shots if within 12", Strength 7, AP 2.  The twin linked plasma cannon is what makes this weapon so beautiful.  2 low AP 2 shots is great against monstrous creatures, mephiston, terminators, etc.  Being twin linked is a great advantage, and when moving you will often use the plasma gun instead of the lascannon due to the twin linked ability.  This weapon has combines the power and options of the Lascannon and the plasma gun together.  While not moving you get 2 shots at 24" or 3 at 12".  This is one of the best options for low AP shots and being a transport in the game.  I would rate this being the best choice of a Razorback weapon overall.


That being said, I have been testing Razorbacks with my Space Wolves again and like how they work with my lists and play styles.  My favorite set up has been:

What do you use and how have they been effective?

posted by Spaguatyrine at 9:03 AM