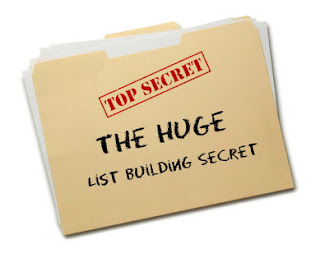 I'm neither dead nor forgotten. I've been working a lot more on the hobby side of things lately, and when I can, I'm getting games in with some random lists I've made getting good inspiration. I had been running Mech Angels as my tournament list, and they have been doing well for me. I tried Jumpers again but they just don't seem to work that well on short notice. I've been thinking up some ideas for a Tyranid list to play for fun. I've had some ideas on general list building, and I figured it was time to make a post again.

For starters over at 3++ had a good article about Tyranids and list building, which I found very interesting as it echoed what I've been saying for a long time now. The Nid codex struggles to fit in both enough anti-tank and anti infantry. Between FOC and point costs it is hard to get enough to make an all-comers list. I think that is one of the major reasons I stopped bringing them to tournaments, we have such a diverse group locally that I can't compete with them all. If I bring enough anti-tank to handle all of the IG and BA mech, then I'm going to lose against deamons and orks. And so help me if I face against Wolves.

Following up on comparing lists, Purgatus over at Best Overall put up a post about comparing Nid lists via Nikephoro's 40k Metric method. Whether you like or dislike the system, it is a decent place to start when comparing the basics of a competitive list. So I thought I would compare the Tyranid list I've been thinking of against the base lines of other Tyranid lists.

And compared to Purg's 2k list, I'm not that far off except against marines in combat.
Purg Total        17.79        48.19        94.61        18.52
But to me those are just numbers. Numbers that mean things comparing tyranids, but what do they mean in the competitive environment?
For that I decided to compare it against my Blood Angel mech list at 2k
Obviously I trade killing marines in combat for shooting. While this list is better than nids against Land raiders (meltaguns) it is actually worse against Mech spam.

The benefit of the BA list is that more of my marine killing comes from shooting, which begins turn 1, instead of 3 for assault like with Nids. The same goes with Rhino penetrations.
These comparisons account for always being in range, and not the turns taken to get into range, which is one of the big issue with Tyranids in general, as it always has been, and always should be.

Being able to kill things isn't the only way to measure the value of a list. Mobility, Durability, Synergy.
What roles do units in my Blood angels fill that I might be able to match with my tyranids?

Counter attack threat: Mephiston and Furioso do this role well.
Stall/tarpit: Again the Furioso can tie up squads for multiple turns, But screening with Fast Razorbacks when needed is a good option.
Taking out Terminator squads/MCs: LasPlas Razorbacks and Assault cannons make short work of Tougher units.
Horde/foot squads: Vindicator, Predators and Typhoons. Blasts and Rate of Fire will dwindle any unit given time
Back Field Disruption: Storm raven. Turbo boost into the back to mid field and harass side armor while having a 4++. 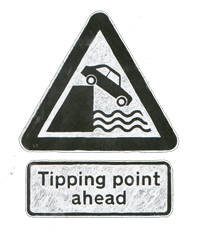 Counter attack: Most of the MCs can lend their weight when needed, and any tyranid unit is decent enough at combat to help add more attacks.
Tarpit: Spawned Gaunts with FNP take this roll and do it very well. Sometimes Hive guard can pull this off as a last ditch.
TEQ/MCs : Hive Tyrants, Bonesword Warriors, Stealers. These all can lay out a mean amount of power weapon wounds, but most of the time we are trading units to do so.
Horde : Cluster spines is a basic weapon for almost every MC, biovores multi-barrage, or assault from any large brood of Nids.
Backfield disruption: Mawloc, Ymgarl stealers, Infiltration Stealers, Lictors

So where does this lead us? Well For tyranids the unit that can go Toe to toe with Terminators is around 250+, as is our S10 gun beast. Most of our anti-mech is in the elites competing with some of our best Disruption units. With each new codex, the need for each of those things increase, and yet we need to find a way to get more in. 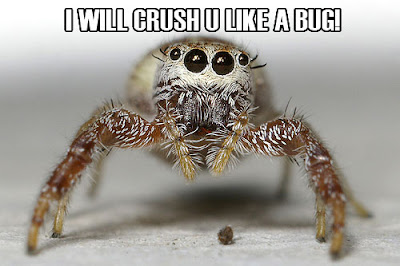 Tyrannofex pumps out S10 shots at mech, or he can go after infantry with a S5 Large blast and 2+ poison flamer. And he is still a MC, so don't be afraid to assault.

Raveners are the last of a dying breed. The only true beasts we have in the codex now, that 12" assault is something I still hold dear and will catch many opponents. Perfect shock troops and when coupled with other abilities they become very dangerous.

Ymgarl stealers can appear out of a piece of terrain and assault that turn, making them great for hitting heavy weapon squads, and stationary vehicles in the back. They can increase their Strength, allowing them to damage more vehicles, they can increase attacks to deal with most units, and increasing Toughness allows them to play with the big boys when needed.

Swarmlord really is there to do everything but fight. Yes he is a 280 point model that is beastly in combat. But don't get frustrated when he never makes it. He provides excellent board control, nobody wants to be caught within assault range of him. He can cast multiple powers a turn, he can grant one unit preferred enemy or furious charge each turn, he gives a bonus to reserves and outflanking. He can turn ymgarl and Raveners from basic units into power units when needed.

The more I think about it, the more like chess I feel 40k is in some regards. People often don't realize how important board control is. Deploying bait units, or putting pressure on one flank are great little things to think about. Anything that really allows you do dictate where your opponent moves his units is valuable in 40k.

This may not be anything ground breaking for some, but it has helped me wrap my head around some ideas on what I need to make my lists better. I can only hope it helped some of you as well.

posted by TheGraveMind at 7:51 PM