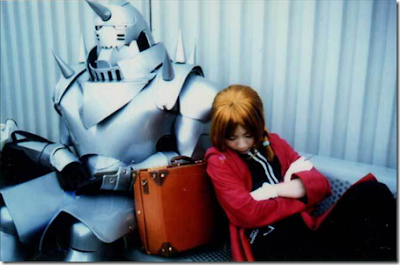 I was reading through VT2's embarrassing rant on 3++ today when I started wondering why I haven't given Warmachine a proper try. I've been trying Kings of War. I've bought into Malifaux (We need to play Uberdark!!!). And yesterday I picked up the rulebook for Flames of War to scratch the itch that World of Tanks has started. At some point Farmpunk and I will try out Warpath. But why not Warmachine?

I mean, I have a starter set and rules that I was given at Adepticon... 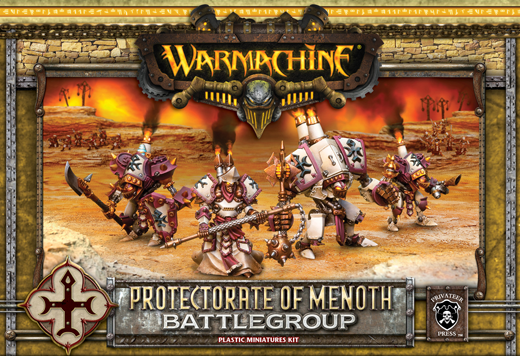 ...and I like Full Metal Alchemist as much as the next guy... 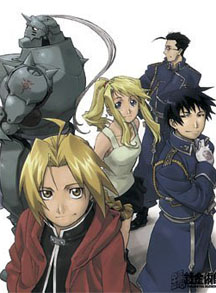 So what's the problem?

Issue 1: The Models
There's something just off-putting about the models. They're detailed enough, but the basic designs (shapes, silhouette, poses) are just not very good. Yes, there are exceptions, but as a whole the models just don't speak to me.

And pink? Really? I'm supposed to assemble and paint a faction with pink trim? Sure, I could change the colors, but what the heck?

Issue 2: The Fluff
I watched a few videos on Beasts of War today where Alessio and Mantic's founder discussed the upcoming fluff for Warpath. It was cool and interesting. The humans are the sci-fi equivalent of the British East India Company. Basically the group leading the edge of human expansion outward into the galaxy. The Rebs are an alliance of anti-corporate humans and their displaced alien allies. The Orcs Orks Orx and "Plague" (undead) are the unintended blowback from the corporation's meddling and other experiments. The Squats "Forge Fathers" are age-old mass-strippers of worlds, who leave nothing but worthless husks of planets in their wake. While the Eldar Asterians flitter about mysteriously on the edge of human space.

It's a bit rough, but I can get into it. It's interesting to me.

But when I look at the fluff for Warmachine... Blah, blah, blah. Nothing stands out. There are details, nations, and whatnot. But no sweeping narrative that pulls me in.

Is it because most everyone is human? No, Malifaux is just dripping with cool stories that make the skirmishes come alive. Hmmmnnnn...

Issue 3: The Players
During it's early days, you tended to see Warmachine played alongside 40K at our local stores. The reflexive anti-GW talk was a little off-putting, but what really made me cringe was the arguments. I've seen 40K players at 'Ard Boyz yell a bit on occasion, or stomp away in anger. But that's the exception. Outside of tourneys, things in 40K-land are usually pretty relaxed and chatty. Even tourneys are more relaxed now with the general shift to various versions of win/loss.

Not so with Warmachine. Where I've often seen 'Ard Boyz level arguments in CASUAL games. I once even saw two Warmachine players go at it so hard that one actually picked up a chair to beat the other one over the head with. If I and others hadn't stepped in to physically separate them, the Cops would have had to show up with an Ambulance in tow. All because of an argument about cover on a hill.

Now, I've played 40K with both of those guys. They were as relaxed then as any other 40K player. But something about Warmachine just encourages heated arguments. Which is the primary reason I'm hesitant to play.

Thoughts?
posted by SandWyrm at 12:39 PM