The Lifting Of The Veil... 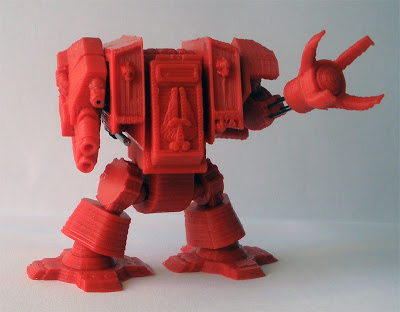 In Greek, the word 'Apocalypse' literally means 'The Lifting Of The Veil'. Well, it's just about Apocalypse time for Games Workshop. Their whole comfortable little world is about to be turned upside down by the advent of cheap 3D printing. We'll then see whether GW can remove the mask from it's eyes and adapt to this new reality. 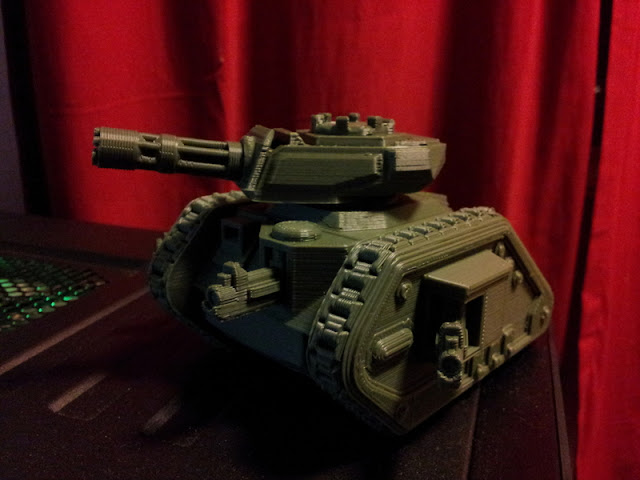 Alec Peters, the first bidder on my Tallarn Army eBay Sale, has a couple of interesting stories here and here on his blog about 3D Printing. Which shows that the technology has finally reached it's tipping point. This thing is going mainstream right now. 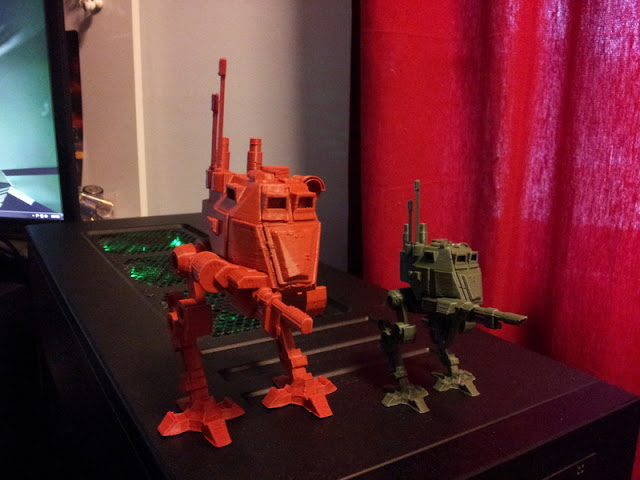 I first heard about 3D printing back in 1993 when the machines cost a few million dollars each. Back in April of 2010, when I last commented on the technology, the machines were down to around $30,000. 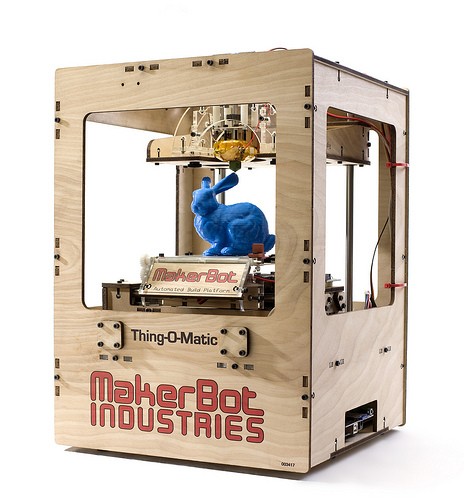 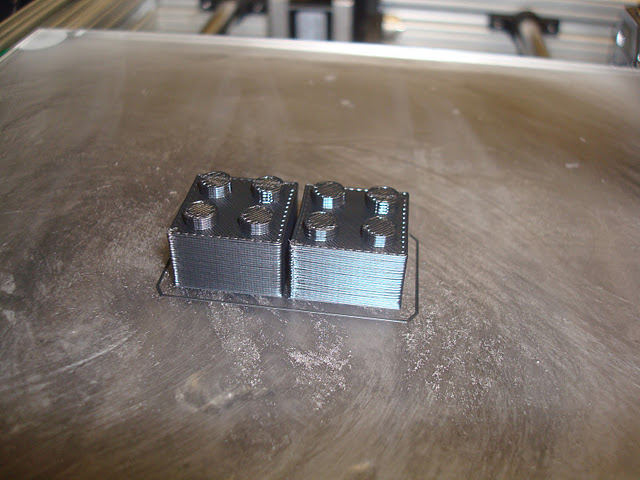 I'm seriously thinking about buying one. Fablicator has an upcoming ABS printer than can resolve the rivets on tanks (above). Or I could just use a printing service like Shapeways, specify my markup, and let them do all the dirty work for me. There's already various 40K weapons and vehicle turrets available there. 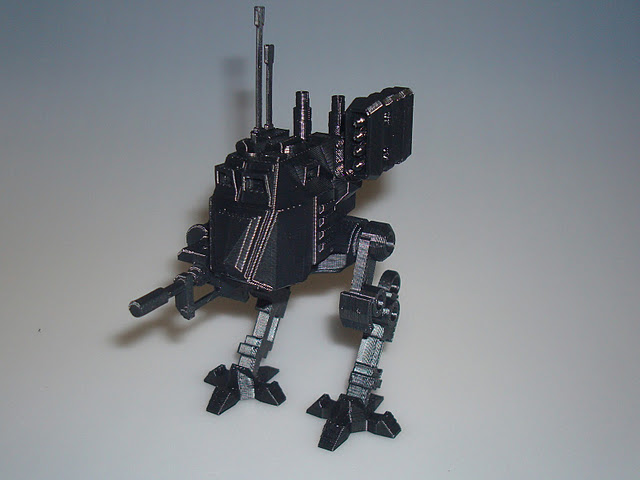 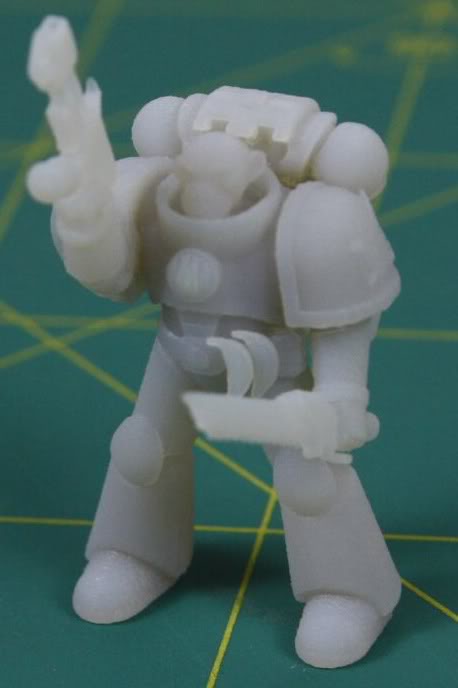 The resolution isn't quite there yet for detailed 28mm sculpts, even from the big expensive printers (above), but it's pretty close. 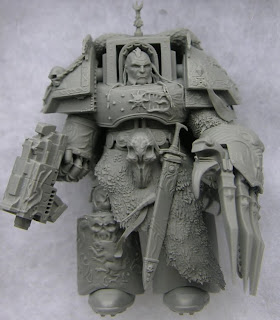 Here's a nice 40mm Space Wolf sculpt. Of course the designer can just print out a copy at any scale he likes.

So What Does This Mean?

It means that GW is about to lose control of the 40K experience. At first, you're going to see lots and lots of bad/illegal imitations of GW products. Which GW Legal will try and shut down to varying levels of success. But then you're going to see original works appear that GW has no legal right to stop. Such as vehicle upgrade kits and completely original designs that fit their design aesthetic but which don't look anything like their existing works.

This will go on for a while and build up to the point that you won't need to buy GW miniatures to play 40K at all. GW will then have to slash their margins to the bone in order to move product.

Oh, and do you want to play 40K at 15mm scale like Flames of War? Just download a bunch of fan-made Marine models, scale them down by 2/3rds, and hit print. Want to play Pre-Heresy? You can bet those models will appear too. This thing is going to have a depth and breadth that GW can't even imagine right now.
posted by SandWyrm at 3:27 PM