My Panzer III's From The Plastic Soldier Company 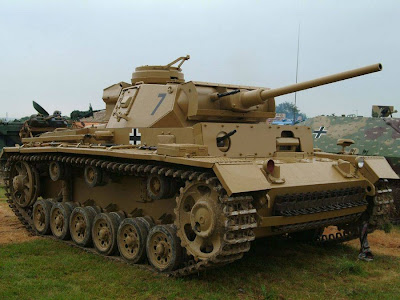 Mrs. SandWyrm pulled a fast one on me for Christmas. The Panzer III's that I had ordered from the Plastic Soldier Company finally arrived last Friday. But she secretly hid them from me and wrapped them up as a present. Then she made me guess what the present was before I could open it.

She's a sneaky and underhanded woman. I think I'll keep her. :)

Anyway, here's what I got for my $31.78 (shipping included), which about what you'd pay for 3 resin PzIII's from Battlefront. 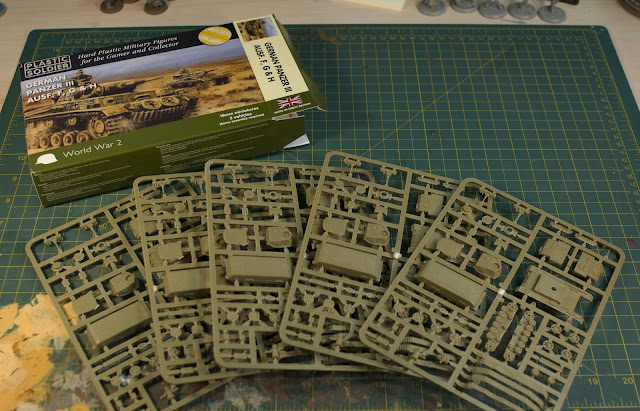 That's 5 PzIII sprues, each of which has all of the parts needed to make a PzIII with either a 50mm or 75mm gun. The box says you can build the F, G, and H variants. But they're not much different looking than the L and N models that you use in the North Africa book. Big gun and little gun. That's all that really matters. 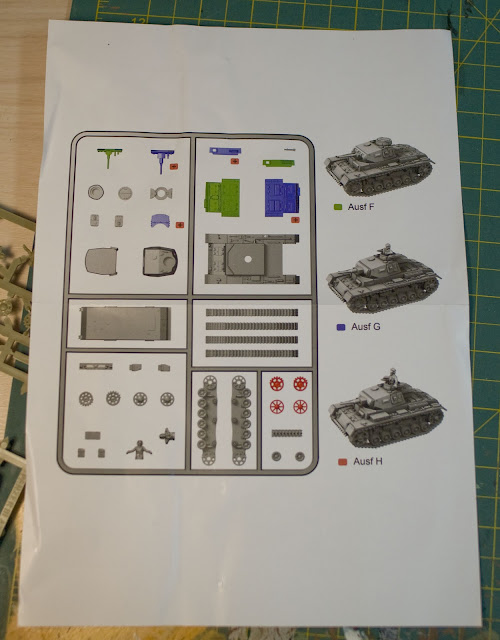 The instructions are nice (hint hint Battlefront), but why did they waste all that paper at the top and bottom? 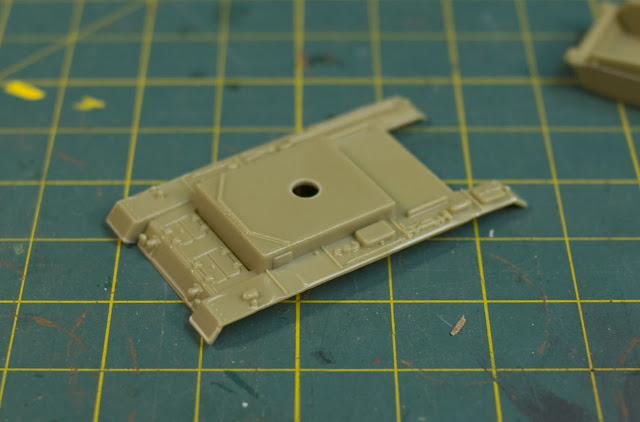 The details are crisp and clear, and there's very little flash. But... 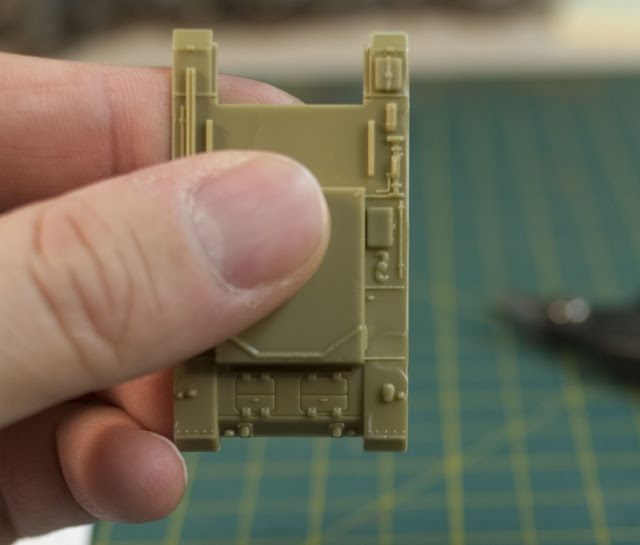 There is some slight warpage here and there (see left-front track shield) . Either PSC has some learning to do in designing it's moulds, or they're pushing the limit on what can be done with plastic surfaces this thin. Still, it's much less warpage than you would get with resin or metal. For the price, I can live with it.

Here's 3 assembled Panzers. My 2ic tank (left) has the smaller 50mm gun (L variant). While the other two have been assembled using the 75mm gun (N variant). Note that I had to use a bit of Liquid Green Stuff on the 75mm guns to cover up some mould dimples. But those were the only dimples in the whole kit. 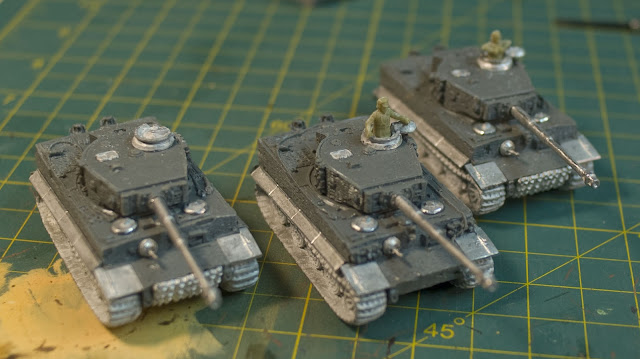 In fact I liked it so much that I used a couple of them on my Tigers. I had to reposition the right arm a bit for the 1ic Tiger commander. But being plastic, it was pretty easy to do. slice at elbow... rotate... glue... and done.

It's all-win pretty much. There were just a couple of minor flaws in the casting. But you still get much crisper detail and workability than you would with resin/metal. While at the same time you get 5 tanks for the price of 3 Battlefront Panzers. Not bad at all I say!