Is It Time To Worry Yet? 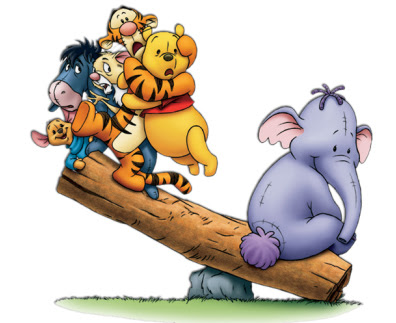 Ok, it's finally time for me to admit something that I've been avoiding talking about for a while. Which is the the creeping realization that 40K is starting to get as unbalanced as Warhammer Fantasy Battle. Even amongst the newest 5th Edition Codices.


It was easy to deny it for a while. Because while the 5th Edition books were clearly superior to most of the legacy codices of 2nd/3rd/4th edition, the first 2-3 at least seemed to be pretty well balanced between themselves, with multiple interesting builds available. We in the competitive community were sure that once everyone was updated to 5th, the problems of balance in 40K would be much lessened, and multiple builds of all types would blossom forth.


At least until the new Tyranid book was released. Which limited it's players to just 2 viable builds right off the bat. Later, a bad FAQ reduced that to one build. Was it an aberration? We all thought so. Because then the Blood Angels book came out, and while we weren't happy with the costing of certain things (Death Company in particular), you had to admit the book had a lot of power.

Then the Dark Eldar hit and we tried to tell ourselves that GW had finally made a good 5th Edition Xenos Codex. Well, I'm still waiting to lose a game to a DE player. Hell, I'm still waiting to have even a reasonably CLOSE game with a Dark Eldar player. They've all been blowouts! Even when I've mistakenly taken 250 fewer points than my opponent. I struggle more against Tyranids than the dark kin. Though I have yet to lose to them either.

Who IS whipping me? As in, every single bleeping game? Space Wolves. Two and a half years on. My bane is Thunderwolf Cav, who get my vote for the most broken unit in the game. I shoot them with AP2, I torrent them with S6/S7, I block them, I try my best. But it's never quite enough. On the rare occasion I do actually kill them all, I still have to slog across a field that's dominated by Long Fangs. Ugh!

The Grey Knights have been tough lately too, but those games have all been close enough that I'm not crying about them yet. I see weaknesses, though there is some just plain broken stuff in that book.

And Orks? They still beat me silly when they roll well. It's just how it goes. That's their design.

I'm even watching the former plethora of IG builds slowly get whittled down to just a couple of viable ones as newer codices nerf certain kinds of armies.

But Crying Aside...
There's also something else that has me worried about where the new codices are going. That is the land of Rock, Paper, Scissors.

The Grey Knights are not balanced against all armies. They auto-rape certain books (Blood Angels, Daemons, Dark Eldar, Tyranids), and get raped in turn by Eldar. Do you want a balanced, all-comers force with Grey Knights? Mono-build time again with Razor/Rhino/Psycannon spam. The fun builds (Stormraven Rush) don't have enough redundancy to be reliable under 2K.

Is this all just a result of GW cutting Dev resources? Or is it (after several notable departures) a shift in the design studio's thinking about the game we play? I suspect it's both. Jervis is now in full control with nobody to get in the way of his 'vision', while the budget and personnel cuts ensure that not enough play-testing takes place to balance it.

Conclusion
Sure, player skill counts for a lot. But given two players of roughly equal skill, the book they choose will more often than not determine the outcome of the match. At least barring some amazing luck on the part of the weaker codex. Just looking at the armies that have been brought to the big tourneys in the last year will reveal a clear bias towards Wolves, Blood Angels, IG, and (for now) Grey Knights.

And yes, I know that the Nids made it to the top tables at Adepticon, but how many of those top players were playing with a Marine or IG book? While the Dark Eldar may have had some recent success, what's been YOUR experience with them? Mine has been disappointing.
posted by SandWyrm at 2:42 PM