NOVA Open: Yeah, I Brought The Wrong Army/Codex To This Tourney 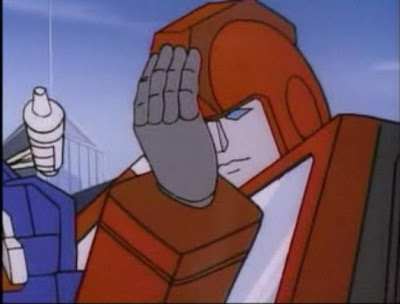 Yeah, I brought the wrong army to this tourney. I currently have 1 (very narrow) win and 3 losses. Farmpunk has 3 wins. Spag has 4.

I can't show you pics of the actual tables yet, as I forgot to bring the card reader for my camera, but if you take this layout (from Mike's blog)... 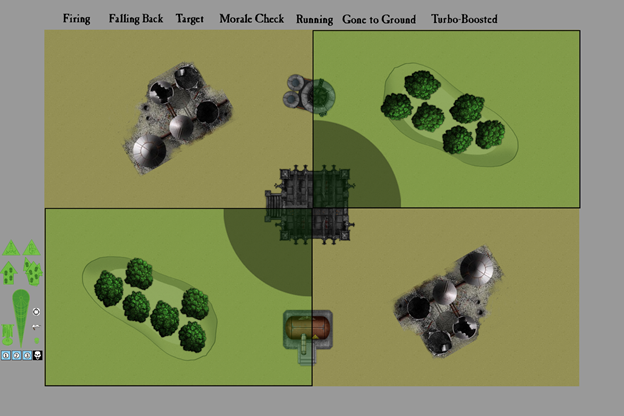 ...and scrunch the pieces further together towards the center so that:
Then you have some idea of what my Guard are having to deal with on every table. I'm routinely immobilizing 4+ vehicles a game just moving around. That's nuts, and I'm not even running full-mech. In my game against the Tau both my opponent and I were sure that the terrain had been moved further together or something, but the judge we asked about it said the terrain was fine.

Space Wolves and Grey Knights are perfectly adapted to this type of layout. Short range shooty + assaults for the win. Jumpy Blood Angels are doing quite well too. Leafblower IG that castle up in the corner every game are doing OK, but not great. Orks and Nids are beating face routinely too. Mobile Guard? forget it. Land Raiders? Forget it. If each tank has to take 1-2 terrain tests a game, you're going to be screwed for moving.

I should have speed-painted my Blood Angel Sanguinary Guard army and brought that instead. It would have had some weaknesses, but I would have won at least 2 more games. Since I'd be able to simply jump over the terrain, stay out of sight, and pick my fights with ease.