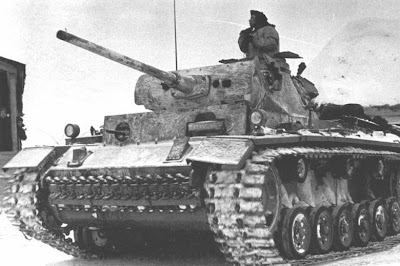 My Panzer III tanks from the Plastic Soldier Company have been getting some disapproving looks lately from the regulars at G2D4 because they don't really look like the "L" versions that I'm using on the field. So I decided to go ahead and convert them properly.

But the barrels were too short, and the mantlets were way too small. Here's what they should look like: 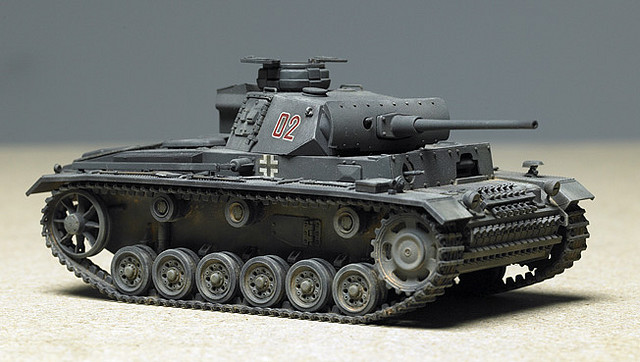 The thick, curved mantlets were built from sections of plastic piping layered together. The guns are PzIV F2 bits with the ends cut off. 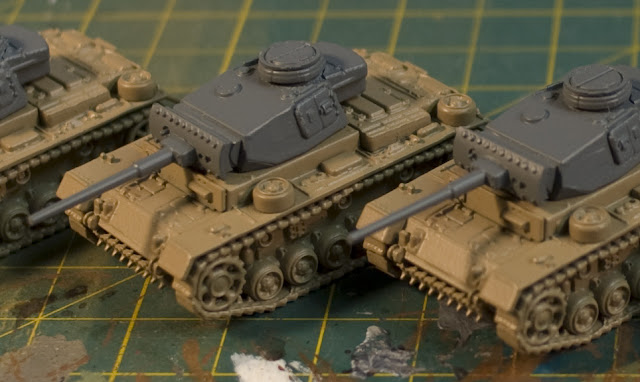 They're not perfect, but I think they look pretty reasonable. At least nobody should be scratching their heads when they look at them.

Now if only I can find some more Tamaya desert paint...
posted by SandWyrm at 4:33 PM