The Russians Are Coming! 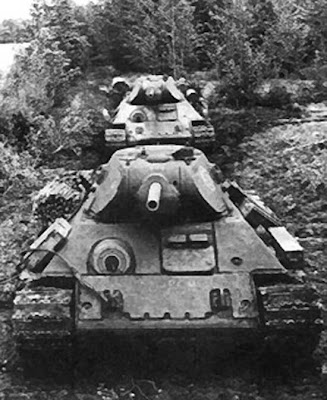 TheNeverThere was at the North Store this past Wednesday; watching as I beat up Farmpunk with my Panzers. He had a little something with him to show off.

His 21 T-34 Battalion Deal had come in from The Plastic Soldier Company. 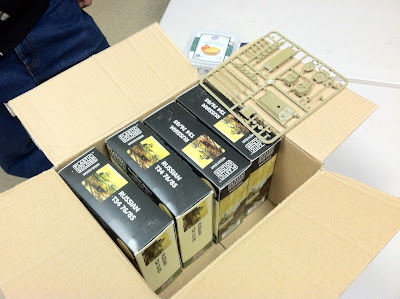 I'm looking forward to fighting the swarm! Here's the list I'll use in our first game:

The F2's have the AP11 guns needed to beat up the T-34's at range (with Armor 6, he'll get a 5+ save), but their low frontal armor means that I can't let him get close. The PzIII's have slightly better frontal armor, but will have a hard time penetrating the T-34's with their AP9 guns (He'll have a 3+ save to the front, and a 4+ to the side). As always, the Germans will have to be sneaky and plink off their opponents at range. The F1 can contribute some direct-fire smoke.

It should be pretty interesting!
posted by SandWyrm at 4:43 PM