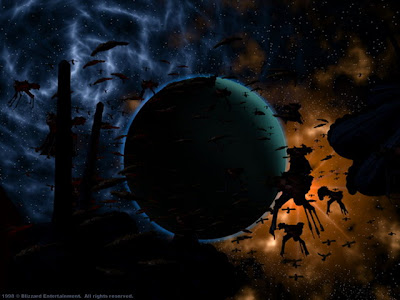 So the supposed rumor is that there will be a second wave release of models in the next month or so. Now I normally don't care/follow the rumors that much, but this time in involves tyranids, and it seems to have a little evidence behind it.


So it seems the Tyranid Hive Tyrant has been removed from the GW website. I find this odd as the metal set had already been turned into a "Finecast" model and has been on the shelves for a while.

Now I guess this new wave is supposed to fill the gap of the models that they didn't make. Tyranids may be getting tervigons and spore pods, Spacewolves finally get Thunder wolves, and Necrons get their Stalkers. While for the necrons this is a huge deal, and I'm sure there are some SW players that have been holding out for either official models or fear of conversions. But I think for Tyranids this is a little to late.

The tyranids have been out long enough with out these models, that anyone who would want to use them, have already found a way to convert/proxy what they need. Many have even found alternative sources such as chapterhouse, who stepped up and filled the gap that GW left. Most Tyranid players have come and gone, or shelved their army for something created by Ward.

There are still the occasional "Tyranid Crusades" of someone claiming they are going to build tyranids to try and take to the top and prove they can be competitive. Most of the time this fails, as they don't seem to truly understand the magnitude and multitude of flaws in the book.

If GW had came out with Spore pod models and Tervigon kits when the book had first came out, Every Nid player would have bought 8 pods and 5 tervs off the bat without thinking twice. Now.... well now the codex has been analyzed, and people know generally what works, and substitutions have been seen.

So what does this mean for me (and other Nid players)? It means unless you have had trouble converting new models, RESIST the shiny. Having good looking models is great, but it doesn't magically make the unit or the codex any better. So unless there is a codex update/supplement, I'm not really interested in anything they come out with for Tyranids.
posted by TheGraveMind at 7:47 PM